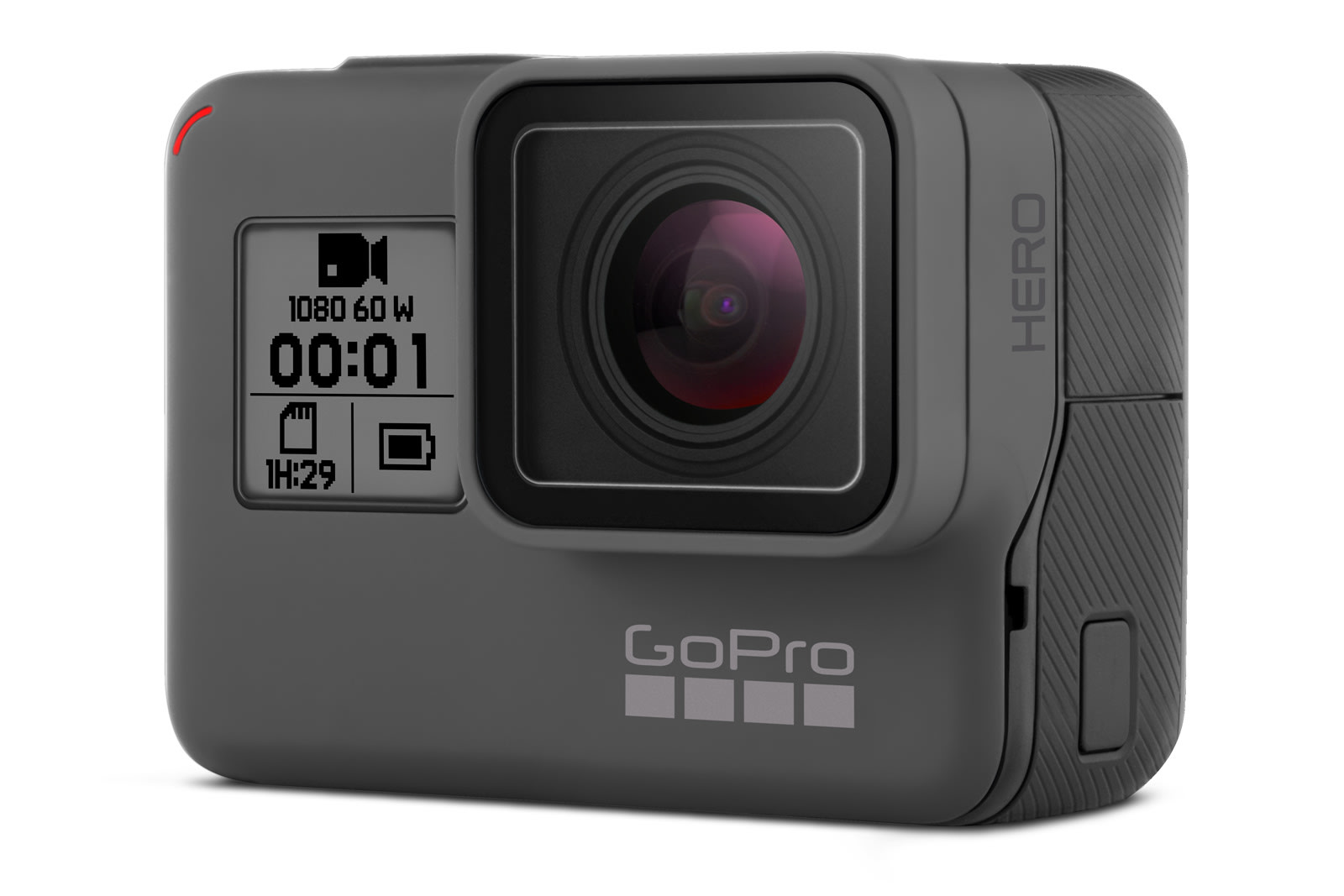 GoPro's action camera lineup has skewed toward the enthusiast side for a while -- you get a Hero6 because you intend to document your bike rides and surfing expeditions. Now, however, GoPro is ready to court more first-timers. It's releasing a $199 Hero (no number, just "Hero") meant for beginners and occasional users who'd rather not spend a fortune and passed on the similarly priced but relatively niche Hero5 Session. There's no 4K or similar high-end features (you're limited to 1440p at 60 frames per second), but GoPro is betting you won't mind.

Instead, the focus is on ease of use: you get a 2-inch touchscreen with "streamlined" capture options, voice control and WiFi syncing with your phone. You can also expect virtually mandatory features like 30-foot water resistance, stabilization and support for GoPro's usual mounting accessories. The new Hero is available worldwide as of today.

We've technically been here before, as GoPro had plainly-titled Hero cameras a few years ago. However, the revival makes sense in light of GoPro's current situation. The company's sales are hurting to the point where it's licensing its technology to supplement its core business. A more affordable camera could not only give those sales a short-term boost, but help GoPro by prompting upgrades to higher-end models in the long run.

Update: As we suspected, the new Hero replaces the Hero 5 Session as the entry-level camera. The Session is no longer available on the GoPro website. It will remain in retail for a little while longer, so if you're a fan of that form-factor, time to snap one up.

GoPro confirmed with the following statement:

Our research and feedback indicate that consumers really like having a touch display, so we wanted to give people that familiar feeling at an entry-level price, and HERO satisfies that. HERO5 Session will continue to be sold at retailers through the first half of 2018 but is no longer available on GoPro.com.

Source: GoPro
In this article: actioncamera, camera, cameras, gear, gopro, hero, video
All products recommended by Engadget are selected by our editorial team, independent of our parent company. Some of our stories include affiliate links. If you buy something through one of these links, we may earn an affiliate commission.