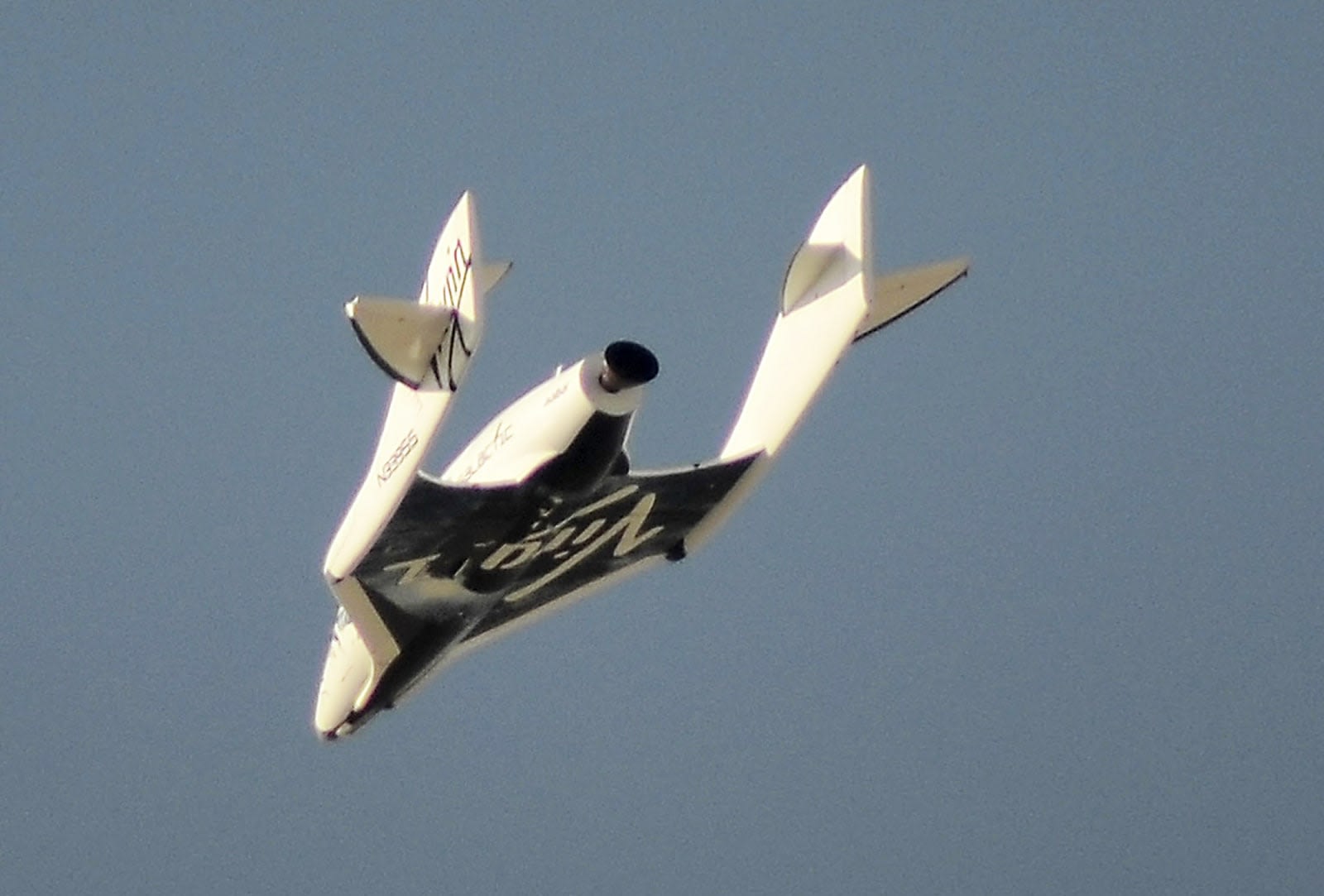 Today, SpaceShipTwo completed its first powered test since the horrific crash in 2014 that killed one of its pilots. The craft, VSS Unity, took off from Mojave Air and Space Port aboard a plane called CMS Eve, and was piloted by two people. According to Richard Branson, the vehicle went supersonic, up to Mach 1.6. He proclaimed Virgin Galactic "back on track."

Update: And now there's video! Check it out here.

.@virgingalactic back on track. Successful powered flight, Mach 1.6. Data review to come, then on to the next flight. Space feels tantalisingly close now.

It's a great accomplishment for a company that has been taking it slow since the 2014 accident. Virgin Galactic performed numerous glide tests of SpaceShipTwo in order to ensure it was once again ready for a powered test, its fifth overall (but first since the fatal crash).

Following the investigation into what happened, The Spaceship Company (a Virgin Galactic subsidiary) made some changes to the design of SpaceShipTwo, according to CNBC. If all goes well with future powered tests, then Virgin Galactic could become one of the premier names in space tourism and launch providers.

In this article: space, spaceshipcompany, spaceshiptwo, tomorrow, virgingalactic, vssunity
All products recommended by Engadget are selected by our editorial team, independent of our parent company. Some of our stories include affiliate links. If you buy something through one of these links, we may earn an affiliate commission.