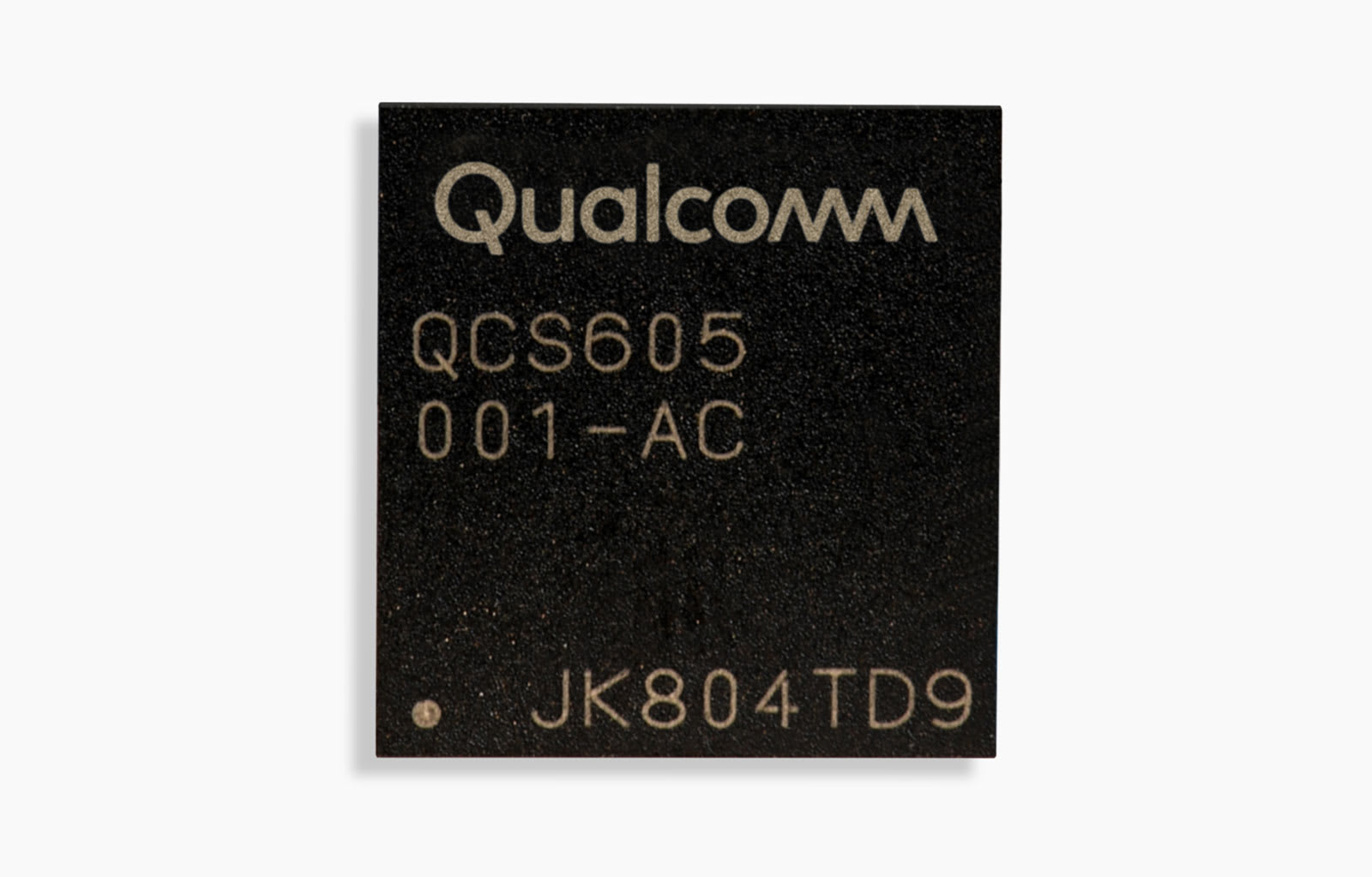 Instead of continuing to repurpose existing processors for smart home devices, Qualcomm has unveiled two new chipsets built specifically for IoT gadgets. The QCS605 and QCS603 are 10nm system-on-chips (SoCs) that will power things like 360-degree cameras, robot vacuums and smart displays from companies like Ricoh Theta and Kedacom. Qualcomm also launched a Vision Intelligence Platform today that provides frameworks like the company's AI Engine, and the Snapdragon Neural Processing Engine (NPE) to enhance on-device machine learning. It'll also offer SDKs for camera processing and computer vision so that companies who buy these processors can more easily create applications for their products.

The QCS605 and QCS603 feature ARM-based multicore CPUs, an Adreno GPU, the company's Spectra image signal processor and a Hexagon vector processor. Some of the uses that the Vision Intelligence Platform will support include object detection, tracking, obstacle avoidance and facial recognition.

These SoCs focus on three applications in particular: artificial intelligence, camera processing and power efficiency. In addition to tapping Qualcomm's own engines for AI and neural processing, manufacturers can also use frameworks like Tensorflow, Caffe and Caffe2, as well as the Open Neural Network Exchange format. 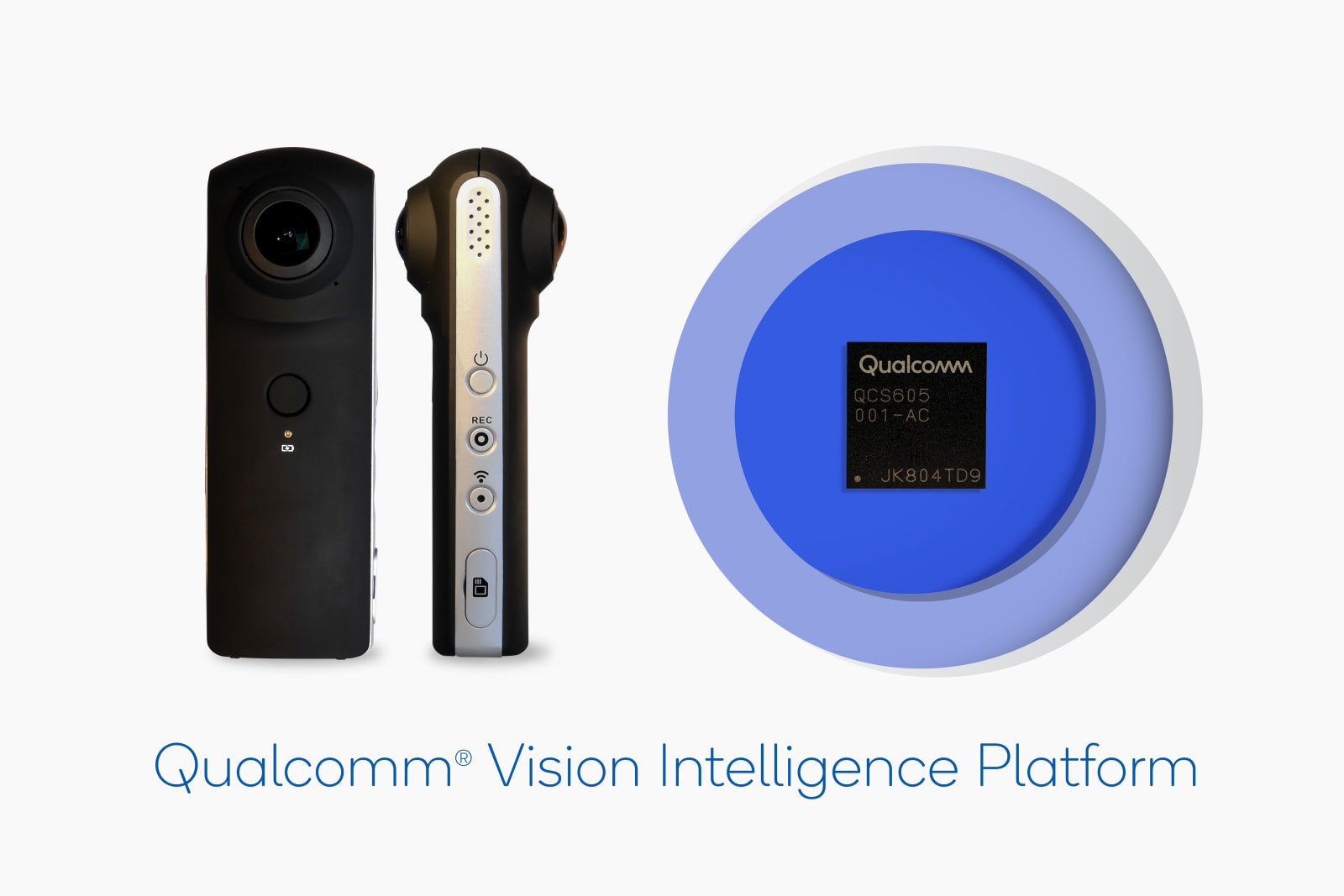 Qualcomm said the new chipsets also enable "superb image quality" thanks to the Spectra 270 ISP, which can support dual 16-megapixel sensors. It can run dual streams of 4K video at 60 fps, 5.7K at 30 fps or even more concurrent streams at lower resolutions. For things like VR headsets or security cameras, that could mean higher quality experiences.

Seshu Madhavapeddy, Qualcomm's vice president of IoT product management, told Engadget that thanks to the company's experience with smartphone cameras, it was able to apply what it learned to improve low light performance in IoT devices. Security cameras, for example, benefit from that since the Vision Intelligence Platform's algorithms can process temporal noise reduction in low light, or even pitch dark environments. Which is important, because, like Madhavapeddy said, "Bad people like dark places." Other image processing tricks the platform offers include staggered HDR "to prevent the 'ghost' effect in HDR video, advanced electronic image stabilization, dewarp, de-noise (and) chromatic aberration correction."

Madhavapeddy said the company has been sampling the platform and chips since late last year, and there are already ongoing engagements, so you should expect commercial products to be available in the second half of the year.

In this article: cpu, gadgetry, gadgets, gear, InternetOfThings, iot, processor, qcs603, qcs605, qualcomm, SmartHome
All products recommended by Engadget are selected by our editorial team, independent of our parent company. Some of our stories include affiliate links. If you buy something through one of these links, we may earn an affiliate commission.