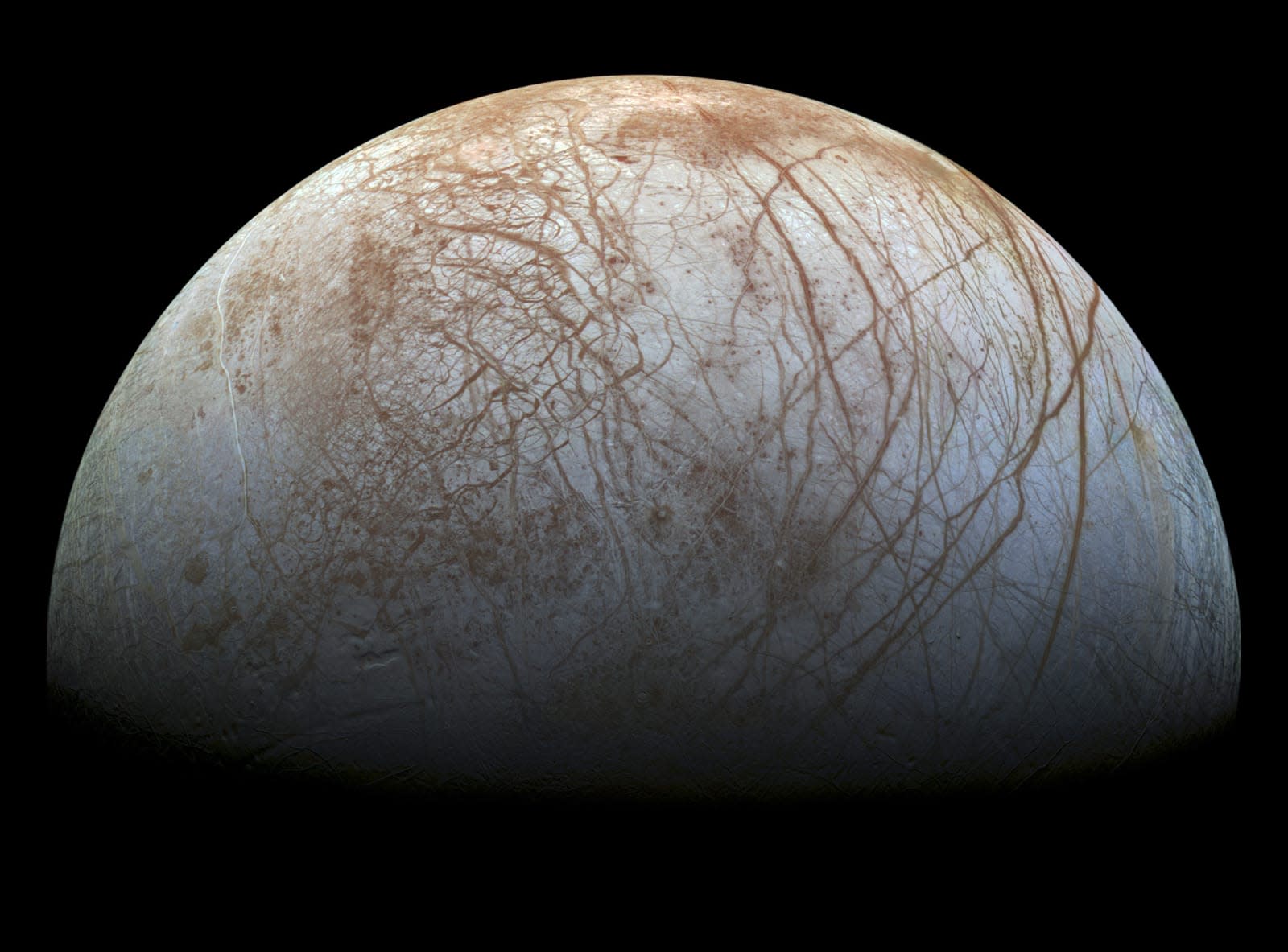 Over the past few years, the Hubble Space Telescope has observed what looked to be plumes of water vapor shooting from the surface of one of Jupiter's moons, Europa. Now, scientists have looked over decades-old data from Galileo and discovered that the spacecraft actually got close to one of these plumes during a flyby. This is the first up-close measurement we have of these eruptions, and the best evidence yet that Jupiter's fourth-largest moon is indeed shooting water into space. The findings are detailed in an article in Nature Astronomy, which was released today.

Scientists believe that Europa has a thick icy crust, beneath which lies a salt water global ocean. The plumes of water vapor likely originate from this ocean. Galileo flew by the Jovian moon eleven times during its mission, which lasted from 1995 to 2003. The hope was that these flybys contained data about these plumes that scientists hadn't yet discovered.

They were in luck. The team, led by Xianzhe Jia, zeroed in one particular flyby of Europa on December 16th, 1997 in which the spacecraft was just 206 km (128 miles) above the moon's surface. During this encounter, scientists noticed a sudden drop in Europa's magnetic field at a spot above the equator. They analyzed and modeled the data to explain this discrepancy. The most logical explanation is that Galileo flew directly through one of Europa's water vapor plumes on this flyby. No other flybys picked up evidence of these eruptions, though this particular one was the closest that the spacecraft came to Europa's surface.

This news is exciting for multiple reasons. First, it means that Europa could play host to life beneath its icy crust. After all, water is crucial for life on Earth, so scientists think our best bet for finding it on other planets is to locate sources of liquid water. Second, these plumes mean that a spacecraft could have easy access to Europa's water without having to drill through its ice crust. NASA's Europa Clipper spacecraft, currently scheduled to launch in 2022, is designed to fly closer than we've ever gotten to the Jovian moon. Now that we have this unearthed Galileo data, scientists can better plot the trajectory of the spacecraft to ensure we gather more data on these plumes, and Europa's subsurface ocean as a result.