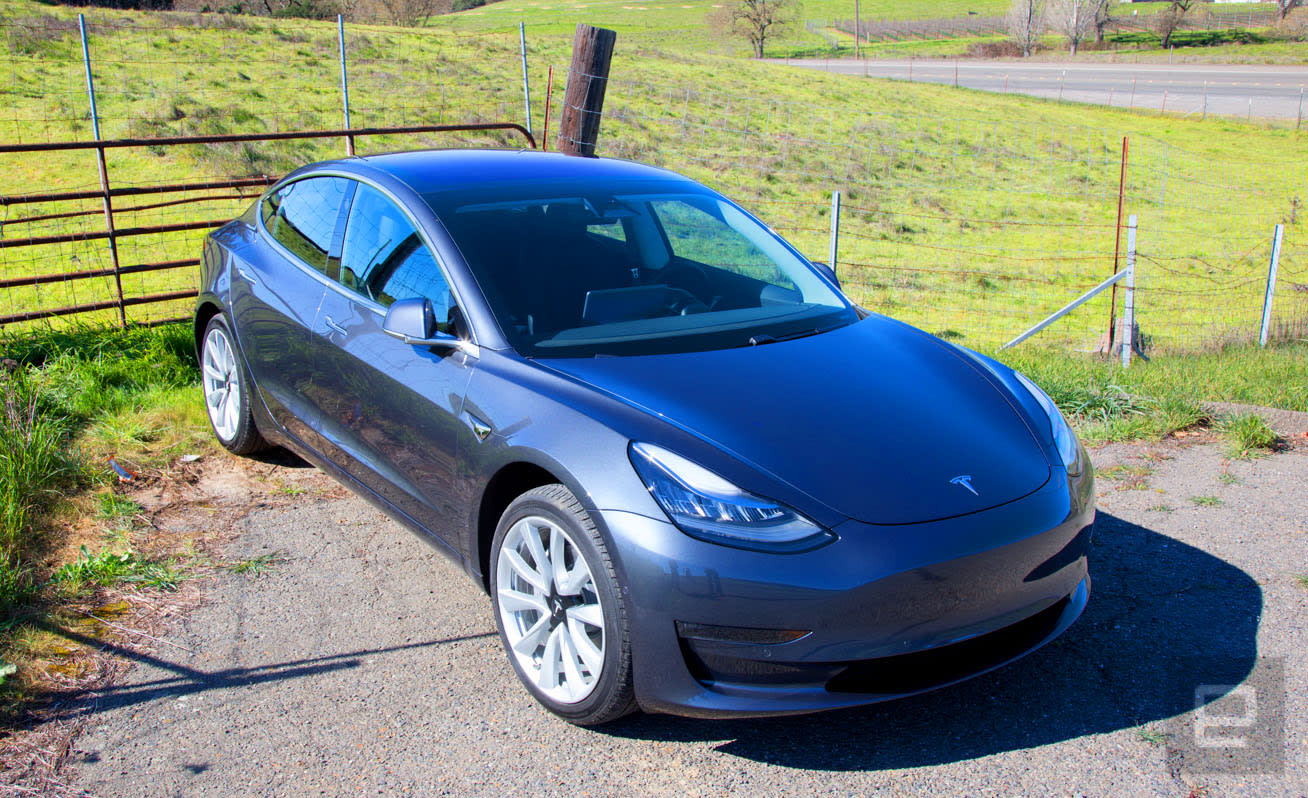 When Tesla first unveiled the Model 3, it pitched it as an EV for the masses that would have a reasonable $35,000 price. Ten months after the first deliveries, however, the cheapest version costs $49,000, and Tesla just announced a hot rod AWD Model 3 that will cost $78,000 -- more than the Model S 75D. That situation isn't going to change anytime soon, either -- CEO Elon Musk recently tweeted that the $35,000 Model 3 now won't ship until three to six months after Tesla achieves its 5,000 vehicle-per-week production goal.

The reason for the new delay in the base model is simple: If the company was to ship it now, it would lose money on every vehicle and "die," as Musk put it. Tesla has famously had problems ramping up production of the Model 3, and has only recently (reportedly) hit a production rate of 4,000 vehicles per week. Last month, Musk said that the production target was 6,000 per week by the end of June.

If Tesla had hit its initial forecasts and was producing 5,000 vehicles a week by January, the base, $35,000 Model 3 probably wouldn't have been delayed by so much. One potential problem for Tesla, as the WSJ points out, is that many of the 500,000 buyers who laid down a $1,000 deposit did so expecting to buy a $35,000 car, not a $49,000 one. When they get a letter saying the time has come to configure their EVs, quite a few might decide to back out, which could impact Tesla's already precarious cash flow situation.

Another pressing problem is that by the time the $35,000 Model 3 goes on sale, Tesla may have sold 200,000 EVs total. That starts the clock ticking for the US federal government to eliminate its top $7,500 tax credit, meaning few cheap Model 3s may be sold with it. In other words, Tesla's Model 3 may never become the mass-market car that was initially promised.

Via: WSJ
Source: Elon Musk (Twitter)
In this article: BaseModel, ElonMusk, Forecast, gear, MassMarket, Model3, Price, Tesla, transportation
All products recommended by Engadget are selected by our editorial team, independent of our parent company. Some of our stories include affiliate links. If you buy something through one of these links, we may earn an affiliate commission.