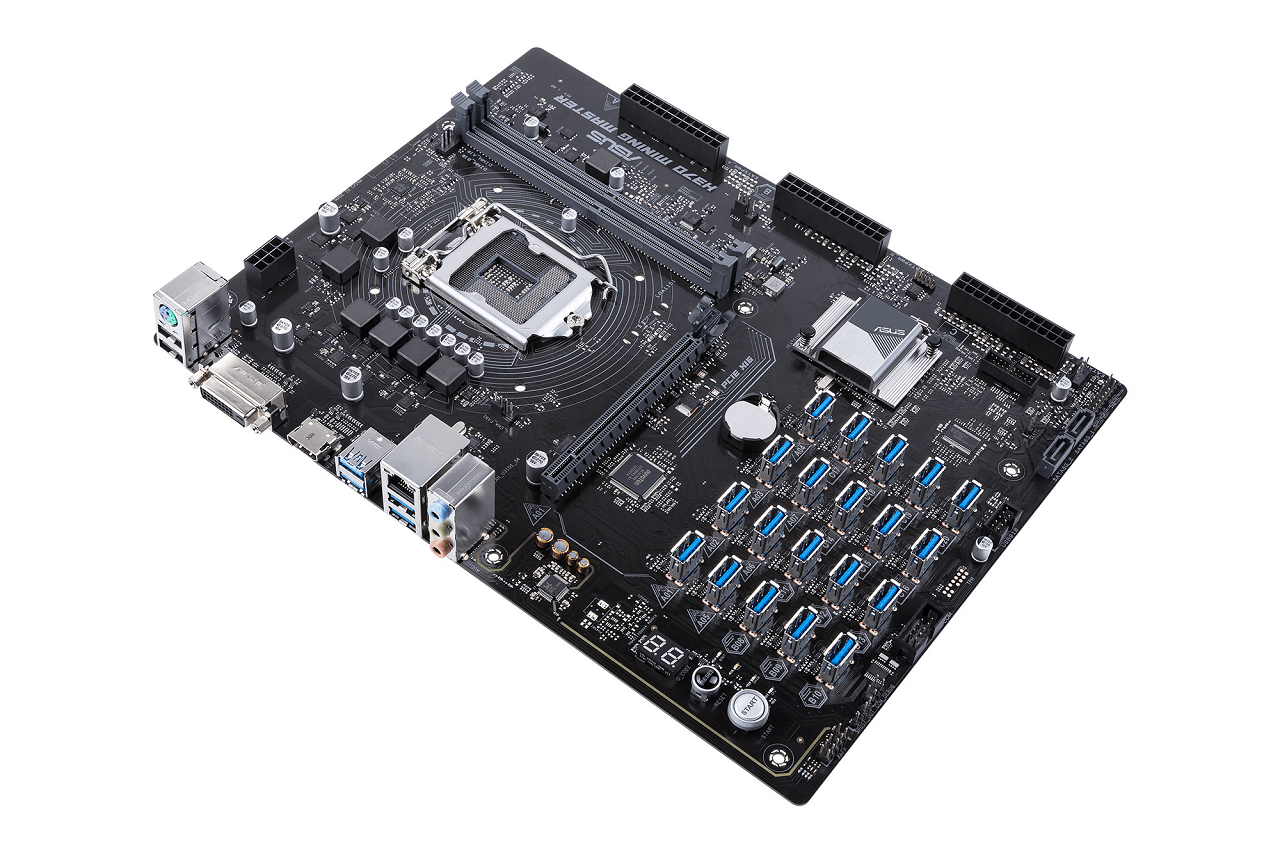 ASUS is moving further into the cryptocurrency hardware market with a motherboard that can support up to 20 graphics cards, which are typically used for mining. The H370 Mining Master uses PCIe-over-USB ports for what ASUS says is sturdier, simpler connectivity than other mining-focused motherboards.

You can manage each port and graphics card with on-board diagnostics. One feature scans your system when you boot up to determine the status of each port, while there are onboard LEDs that signify a problem with components such as memory or the processor (there's space for an Intel 8th-gen Core CPU). ASUS has added some other features to optimize mining as well.

The H370 Mining Master follows last year's B250 Mining Expert, which had room for 19 CPUs via PCIe ports. ASUS says that board had far more sales than it expected, which prompted the company to keep traveling down the crypto road and evolve its mining-tailored motherboards. The latest board will ship later this year, though ASUS has yet to announce pricing. You might need to fork over several Ethereum coins to buy enough graphics cards for all those spaces, though.

Source: ASUS
In this article: asus, cryptocurrency, gadgetry, gadgets, gear, h370miningmaster, motherboard, personal computing, personalcomputing
All products recommended by Engadget are selected by our editorial team, independent of our parent company. Some of our stories include affiliate links. If you buy something through one of these links, we may earn an affiliate commission.