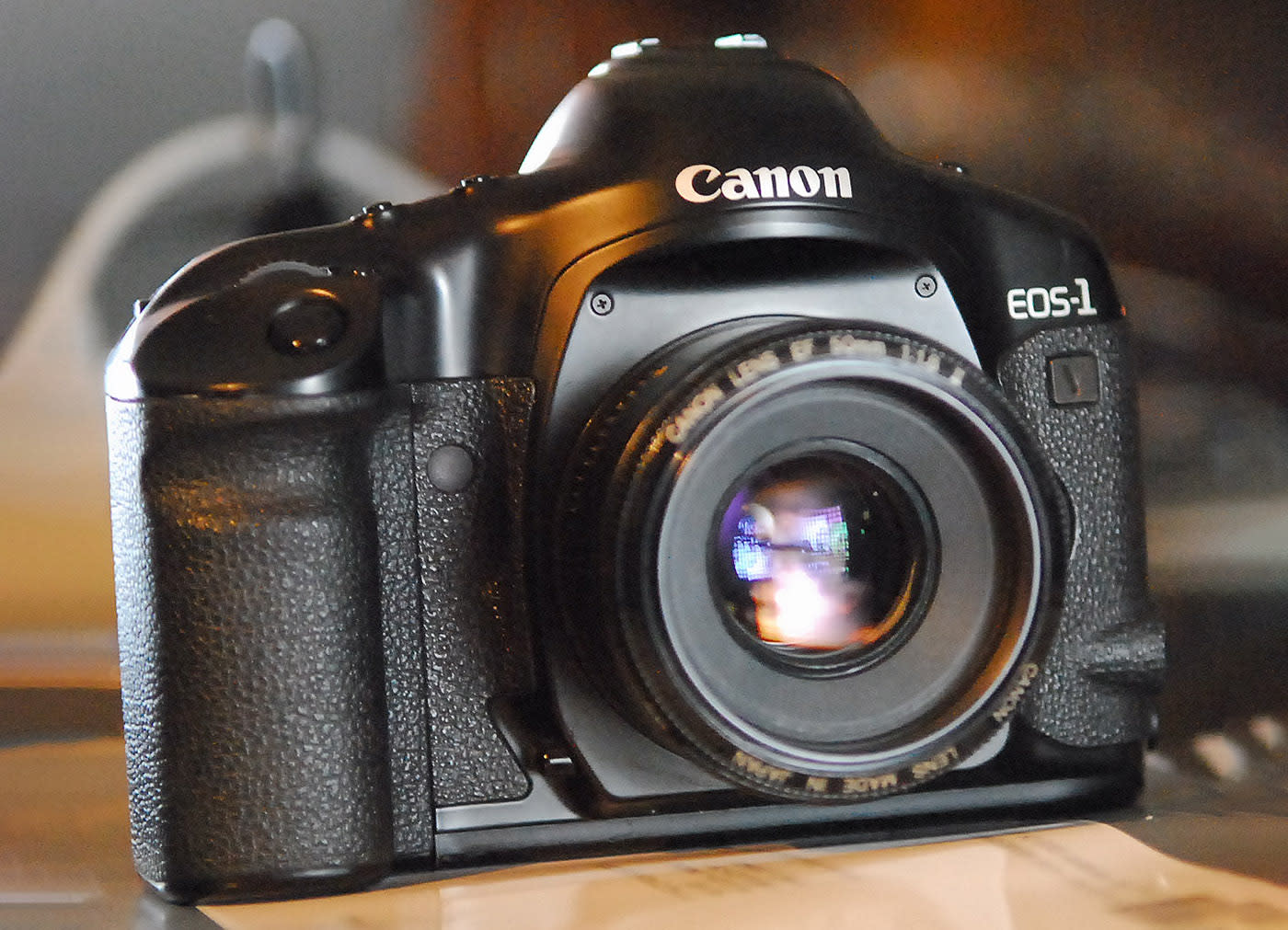 Canon stopped building film cameras eight years ago, but it had still been selling them from old stock. Now, it has quietly announced that it will end sales of its last film SLR, the EOS-1V, marking an end to an era that started in 1934 with its first camera, the Kwanon. "By the way, we finally decided to end sales for the film single lens reflex camera 'EOS-1V,'" it said in an apologetic statement.

Canon was still selling the EOS-1V from old stock, so the end of the ability to buy a new one might make fans of the brand wistful. It will still be possible, of course, to buy them used, and Canon said it will continue to repair the camera until 2025.

The EOS-1V isn't completely lost to time, as its design and naming scheme live on in the EOS-1D digital family. Lenses for the camera are also still compatible with modern digital cameras, and vice-versa. All of Canon's digital interchangeable-lens cameras, including the EOS-M mirrorless series, also retain the EOS branding (Electro Optical System, or Eos, the Greek goddess of the dawn, if you prefer). It was the first SLR system that used electronics to drive the lens, rather than mechanical levers and links.

Film is still loved by many serious photographers, and has seen a resurgence of late with Kodak's (still pending) Super 8 hybrid camera, and numerous instant cameras from Fujifilm, Leica and others. Luckily, if you still want a 35mm SLR film camera, Nikon still sells the FM10 for $570 and the F6 for $2,700.

In this article: cameras, canon, CanonEOS1V, FilmCamera, gear, Nostalgia, SLR
All products recommended by Engadget are selected by our editorial team, independent of our parent company. Some of our stories include affiliate links. If you buy something through one of these links, we may earn an affiliate commission.