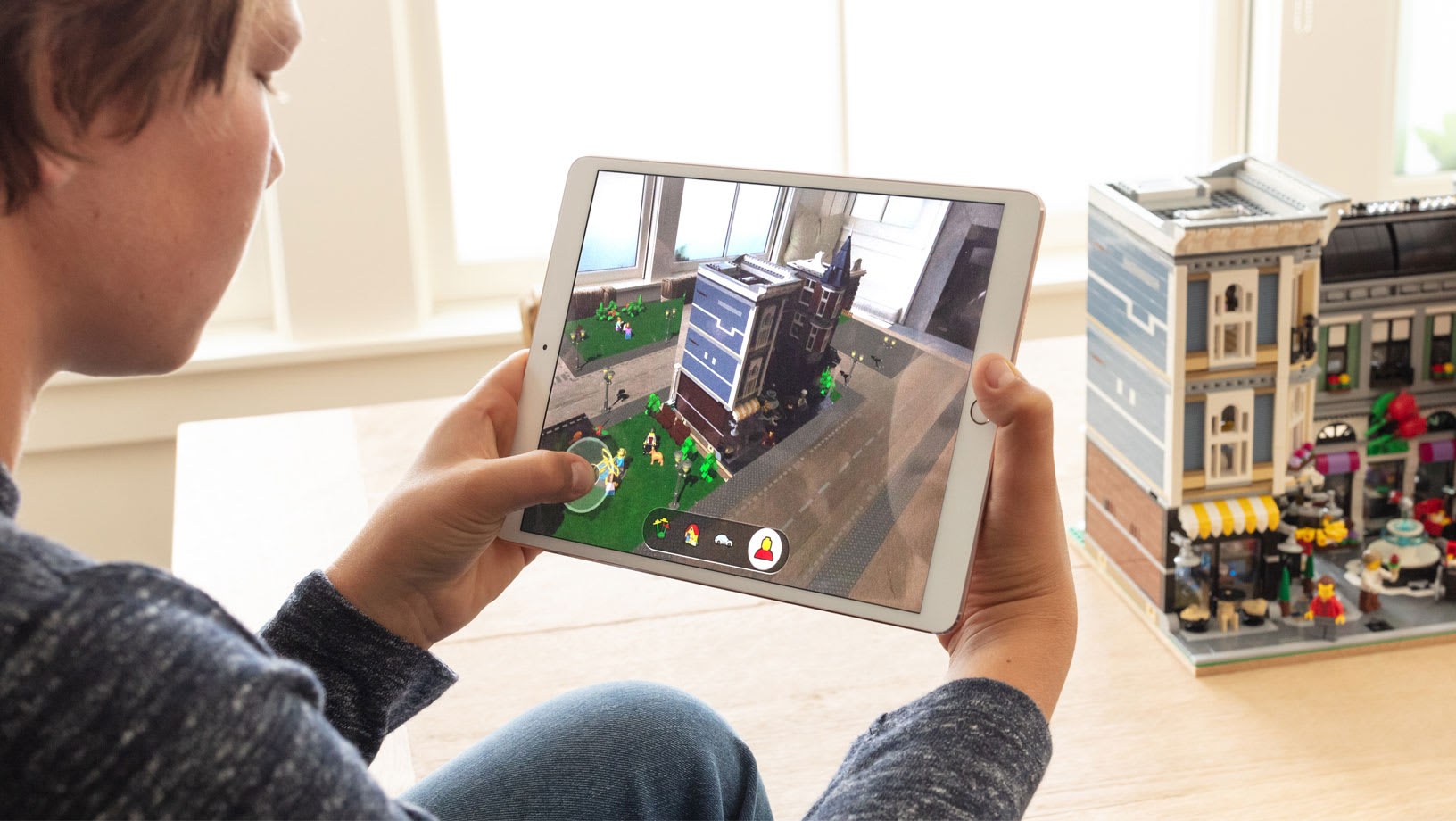 Lego is infusing its bricks with digital magic in a series of new augmented reality experiences using Apple's updated ARKit 2. The Lego AR experiences, due out later this year, combine real-world Lego buildings with digital landscapes. Build a physical Lego structure, such as the Assembly Square building that appeared on-stage at Apple's WWDC 2018 conference, and hold up a tablet or phone running the AR app to see the entire thing come to life. Streets appear at its base, alongside trees, grass, digital buildings, little Lego people and cars.

In AR, players are able to add structures like restaurants and houses to build an entire tiny city around their physical Lego creations. Up to four people, with four separate tablets or phones, can play in the same AR space at a time. Items like vehicles are unlockable as the game goes on, opening the door for microtransactions in the final apps. At the end of a play session, you'll be able to save the city -- as in, save the building layouts and cityfolk you've created, and open the whole thing back up at a later time.

It's a lot like The Sims, but partially in meatspace. Plus, Lego has a series of contracts with brands like Batman and Harry Potter, which means there may be an AR Gotham City or Hogwarts in the app's future. 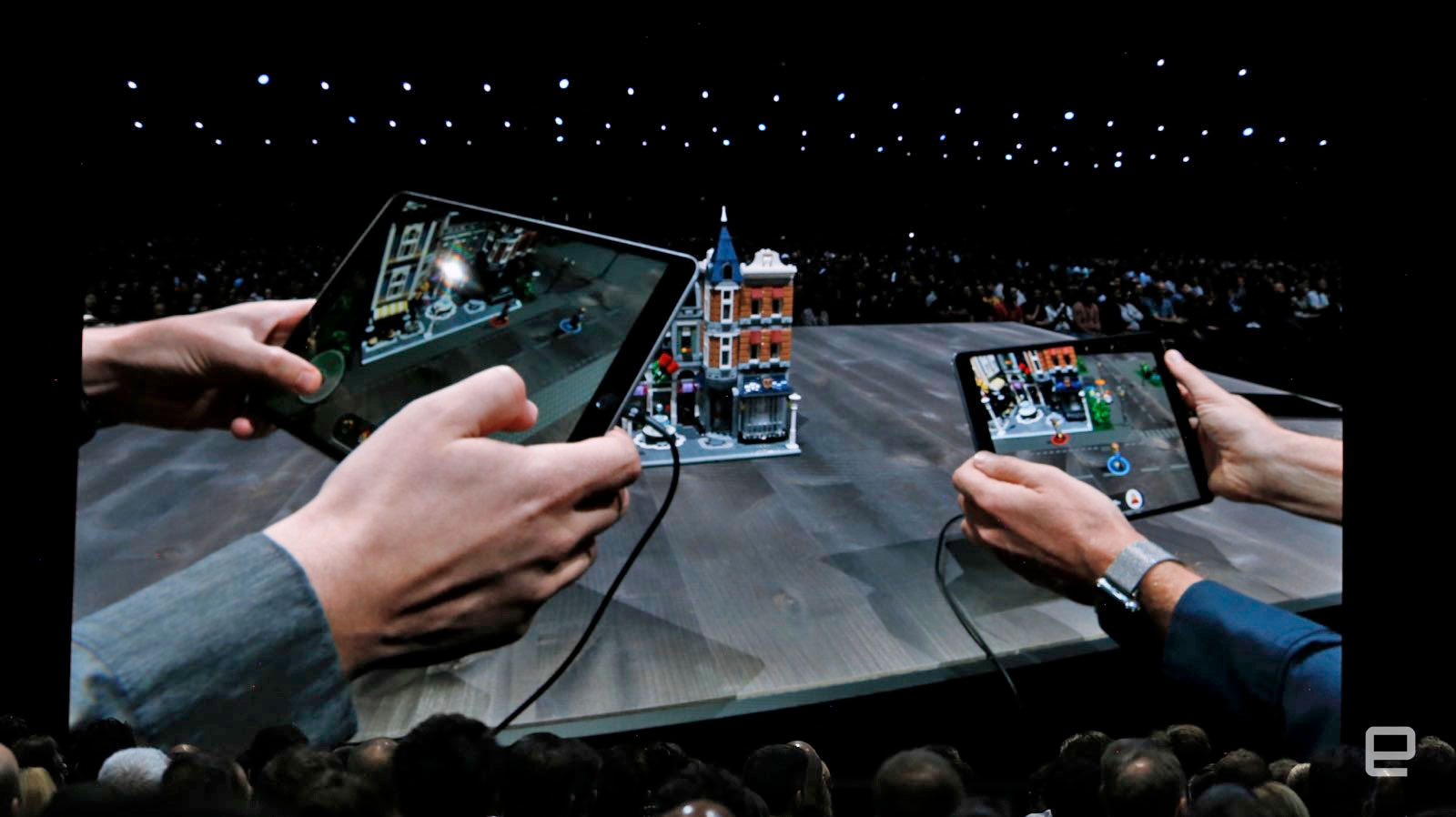 ARKit 2 features improved face tracking, realistic rendering, ED object detection and persistent, shared experiences. The update enables multiplayer games, and allows users to place AR objects in a physical space, close the app, and find those objects in the same spots the next time they boot it up.

In this article: apple, ar, arkit, arkit2, AugmentedReality, av, design, gaming, lego, mobile, personal computing, personalcomputing, wwdc2018
All products recommended by Engadget are selected by our editorial team, independent of our parent company. Some of our stories include affiliate links. If you buy something through one of these links, we may earn an affiliate commission.