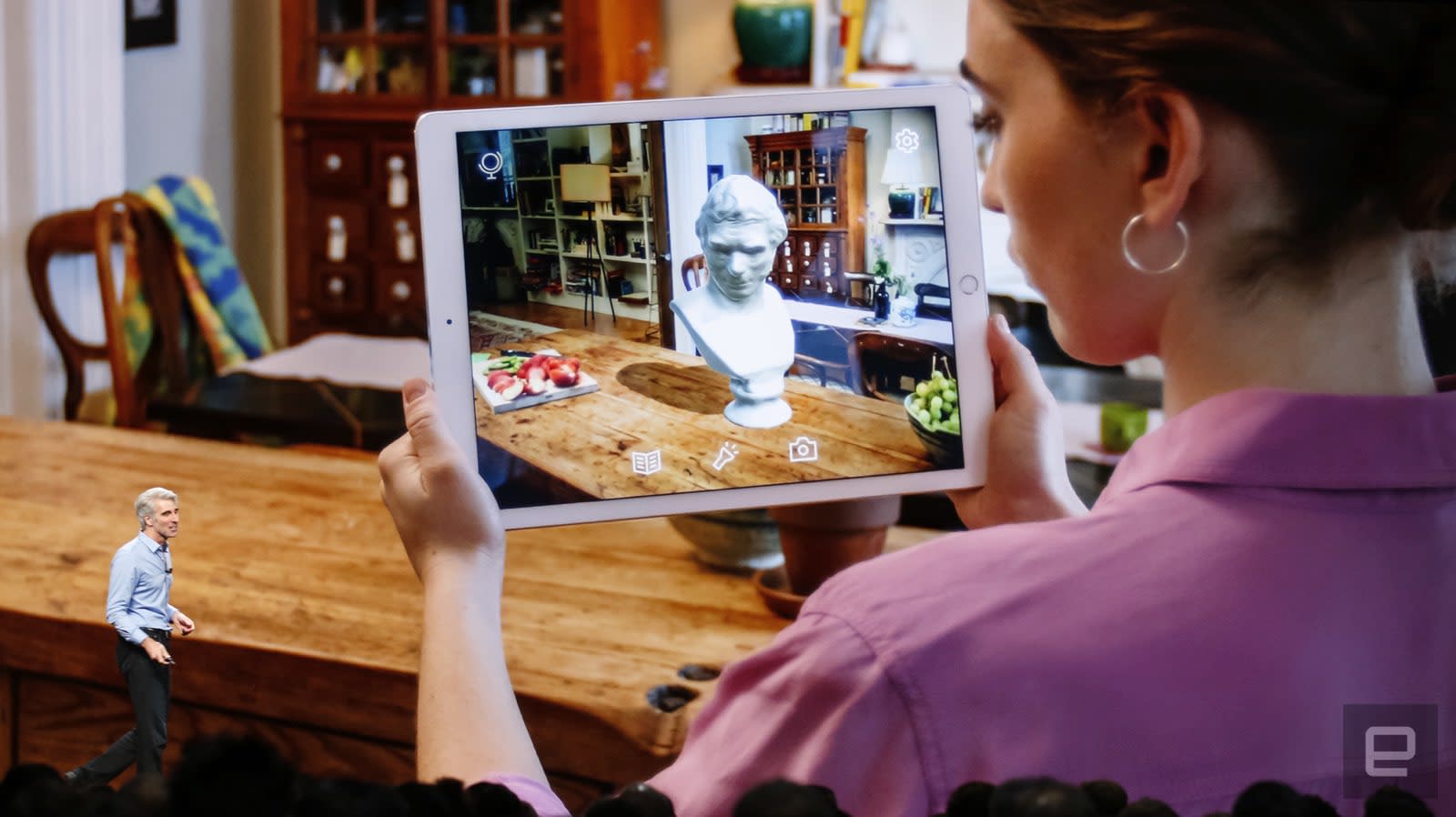 Apple has been flirting with augmented reality for a bit. Now, the company is ready to take it to the next level. ARKit 2.0 is just that. Apple even tapped Pixar for a special file format, USDZ. Cupertino's plans for AR go beyond just file formats, though. Using the new Measure app, you can take full measurements of an object using nothing but your iPhone's camera. Lowe's and Mercedes are probably frothing at the mouth for this update. Senior Vice President Craig Federighi used it to measure his college suitcase and a photo of him as a baby.

The USDZ update also enables you to take something like guitar-maker Fender's online customization and put a new Stratocaster into the real world.

More than that, ARKit 2.0 will offer improved face tracking, ED object detection, realistic rendering and persistent, shared experiences. Specifically, with regards to play, and allowing folks to experience multiplayer games within AR. The 3D object detection built into ARKit allow experiences like playing with digital Lego bricks with friends, with support for up to four local players. That's quite the difference from a gym battle in Pokémon Go.

The company also revealed that in other uses, you'll be able to place digital objects around a physical environment and that they'll stay there for the next time you open the app, like an AR puzzle or intensive art project. You can expect to find these improvements in iOS 12, which will be released later this year.

ARKit was first announced at WWDC last year, where Senior Vice President Craig Federighi said that iOS would be the "largest AR platform in the world." Has Apple taken over the space just yet? No. But today's announcement is proof that it's getting there -- slowly, but surely.

In this article: apple, arkit, augmentedreality, cameras, gaming, gear, mobile, wwdc2018
All products recommended by Engadget are selected by our editorial team, independent of our parent company. Some of our stories include affiliate links. If you buy something through one of these links, we may earn an affiliate commission.