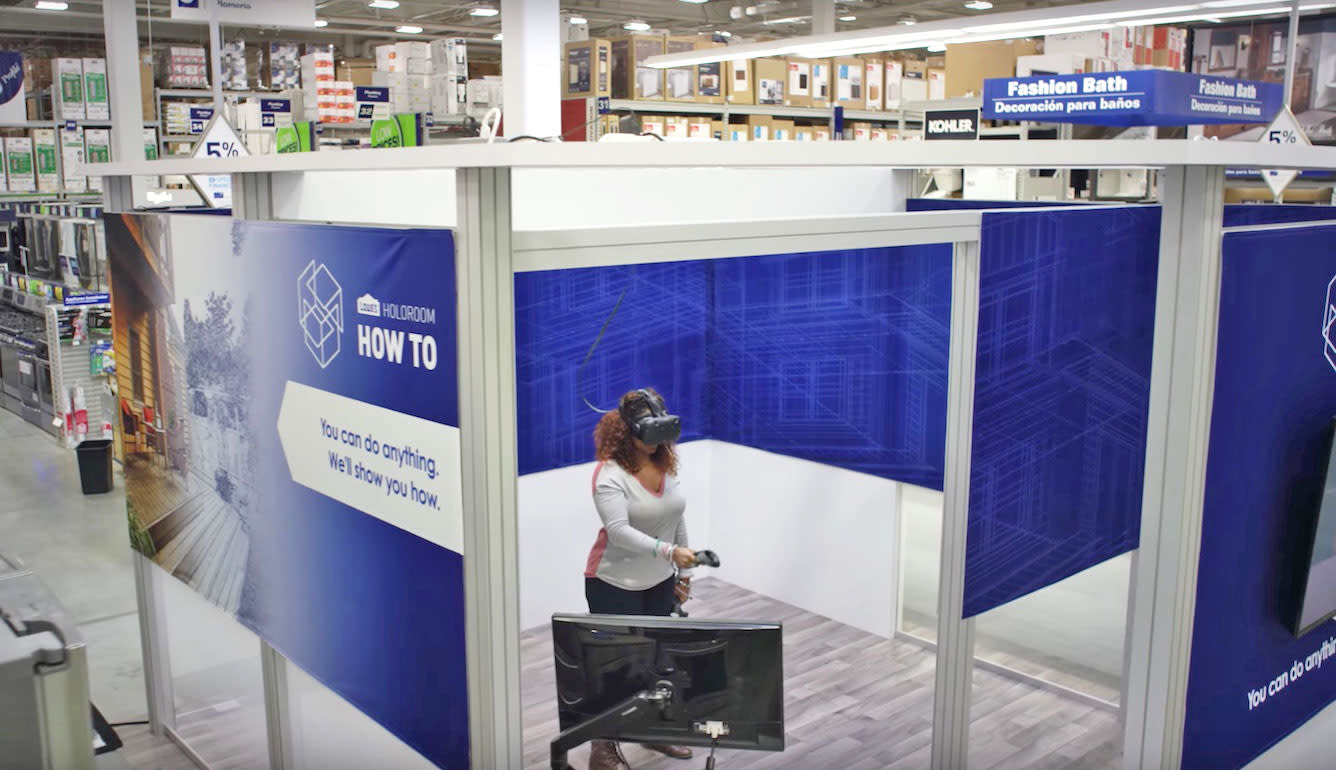 Last year home improvement chain Lowe's teased what it was doing with Google's Tango augmented-reality technology, and now the company is ready to debut the next wave of its high-tech initiatives. First up is the outfit's new In-Store Navigation app, which it says is Tango's first retail indoor-mapping application. To use it, you'll need to snag a Lenovo Phab 2 Pro from an employee. Then you can use the slate to navigate around the store and hopefully find exactly what you're looking for in no time flat. It's something Lowe's showed off recently in tandem with a VR project to illustrate how tech can make DIY easier.

More than just AR, the company is utilizing virtual reality to help people as well. It's taking the existing Holoroom and upping the ante with "Holoroom How-To" which, as its name suggests, teaches folks how to go about various home improvement projects, using an HTC Vive.

One example is showing trepidatious customers what it'll be like to tile a shower without actually getting their hands dirty. "From mixing the mortar to laying the pattern, the simulation walks the user through each step of the process," the press release reads.

So far, the franchise says that its limited tests have been successful at boosting customers' confidence at tackling do-it-yourself projects, well, themselves. In the video below, Kyle Nel, executive director of Lowe's Innovation Labs, says that versus someone who only watched a YouTube how-to video, customers who went through the Holoroom How-To program had 36 percent better recall of the skills they learned. "People learn by doing," he says. "It's just how we're built."

The next step is analyzing feedback from this larger test pool before potentially adding the tech to more stores. If you're in Framingham, Massachusetts you can check out the latest version of Holoroom right now. Lowe's says that customers in Burlington, Canada and Beloeil, Quebec will be able to demo the VR experience over the next "several weeks." Perhaps even more than gaming, this type of implementation for VR will show mainstream users exactly what the medium is capable of -- especially when it can save them some money and frustration.

In this article: ar, augmentedreality, diy, gear, home, HomeImprovement, htc, htcvive, kylenel, lowes, lowesinnovationlabs, projecttango, tango, VirtualReality, vr
All products recommended by Engadget are selected by our editorial team, independent of our parent company. Some of our stories include affiliate links. If you buy something through one of these links, we may earn an affiliate commission.