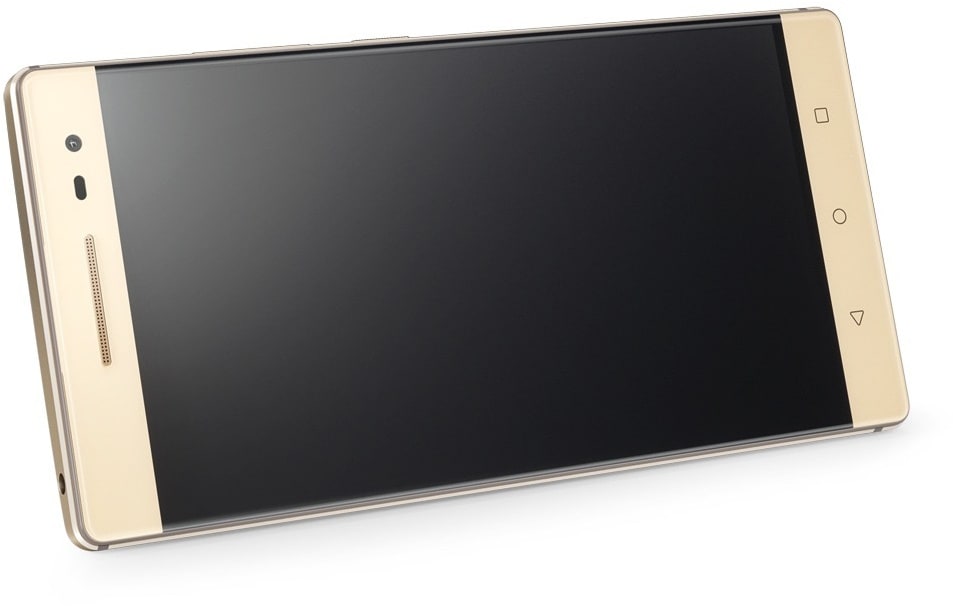 I just spent 15 minutes wandering around the office, trying to shoot ghouls in the face with lightning. Before that, I dropped a virtual rococo sofa into the empty space next to my desk, just to see if it would fit. And before that, I measured ... well, everything. Welcome to the augmented life, courtesy of Google and Lenovo. Google has spent more than two years taking its "Tango" technology from project to full-blown product. The goal: to help our gadgets examine the world around them and overlay information -- or even whole new worlds -- on top of the reality we already know. Along the way, Google tapped Lenovo to help craft the first consumer-ready Tango device: an enormous slab of a phone called the Phab 2 Pro. And now it's here.

If the Tango stuff alone didn't make the Phab 2 Pro a groundbreaking device, this is also the first Lenovo-branded smartphone to land in the United States. Too bad it's not quite ready for prime time.

Google's world-sensing Tango technology is finally here, crammed inside Lenovo's Phab 2 new Pro. Alas, the software and the hardware here fall short. The phone itself is well-built and packs an enormous battery, but an oversized body and a pair of lackluster cameras could spoil things for the average user. Then there's Tango. It's brimming with promise, but bugs and performance hiccups keep the tech from reaching its full potential. We're glad the Phab 2 Pro exists and that it might spur the development of improved Tango-enabled hardware, but this phone is best left to early adopters.

Be the first to review the Phab2 Pro?
Your ratings help us make the buyer’s guide better for everyone.
Write a review I can't emphasize this enough: The Phab 2 Pro ($500) is enormous. Then again, how could it be anything but? We have plenty of things to thank for that, from the phone's 6.4-inch IPS LCD screen to the bank of capacitive buttons below it, to the massive 4,050mAh battery under the hood. Of course, the real reason the Phab 2 Pro is so big is because of all the Tango tech Google helped squeeze inside. It's worth remembering that Google's Tango reference device for developers was a tablet with a 7-inch screen, one of NVIDIA's Tegra K1 chipsets and two -- two! -- batteries.

That Google and Lenovo managed to squeeze all the requisite bits into a mostly pocketable smartphone is a feat in itself. There are, after all, plenty of nonstandard parts here. Just look at the Phab 2's back if you don't believe me. Nestled between the 16-megapixel camera and the fingerprint sensor are two more cameras -- one has an infrared emitter to determine how far things are from the phone, and the other is a wide-angle camera with a fisheye lens that works as part of Tango's motion-tracking system. Turns out, Lenovo had to punch a hole in the phone's main circuit board to make room for all those sensors.

Those cameras and sensors work in tandem with a customized version of Qualcomm's octa-core Snapdragon 652 processor. We've seen more conventional versions of this midrange chip pop up in devices like ASUS's new ZenFone, but the version we have here has been tuned to more accurately timestamp the data captured by all of the phone's sensors. Why? To keep the phone's location in lockstep with all the crazy AR stuff you'll see on screen. Also onboard are 4GB of RAM, an Adreno 510 GPU, 64GB of storage, a micro-USB port and a tray that takes either two SIM cards or a SIM card and a microSD card as big as 128GB.

In this article: android, ar, augmentedreality, gear, google, lenovo, mobile, phab2pro, phablet, projecttango, review, smartphone, tango, uk-reviews, video
All products recommended by Engadget are selected by our editorial team, independent of our parent company. Some of our stories include affiliate links. If you buy something through one of these links, we may earn an affiliate commission.