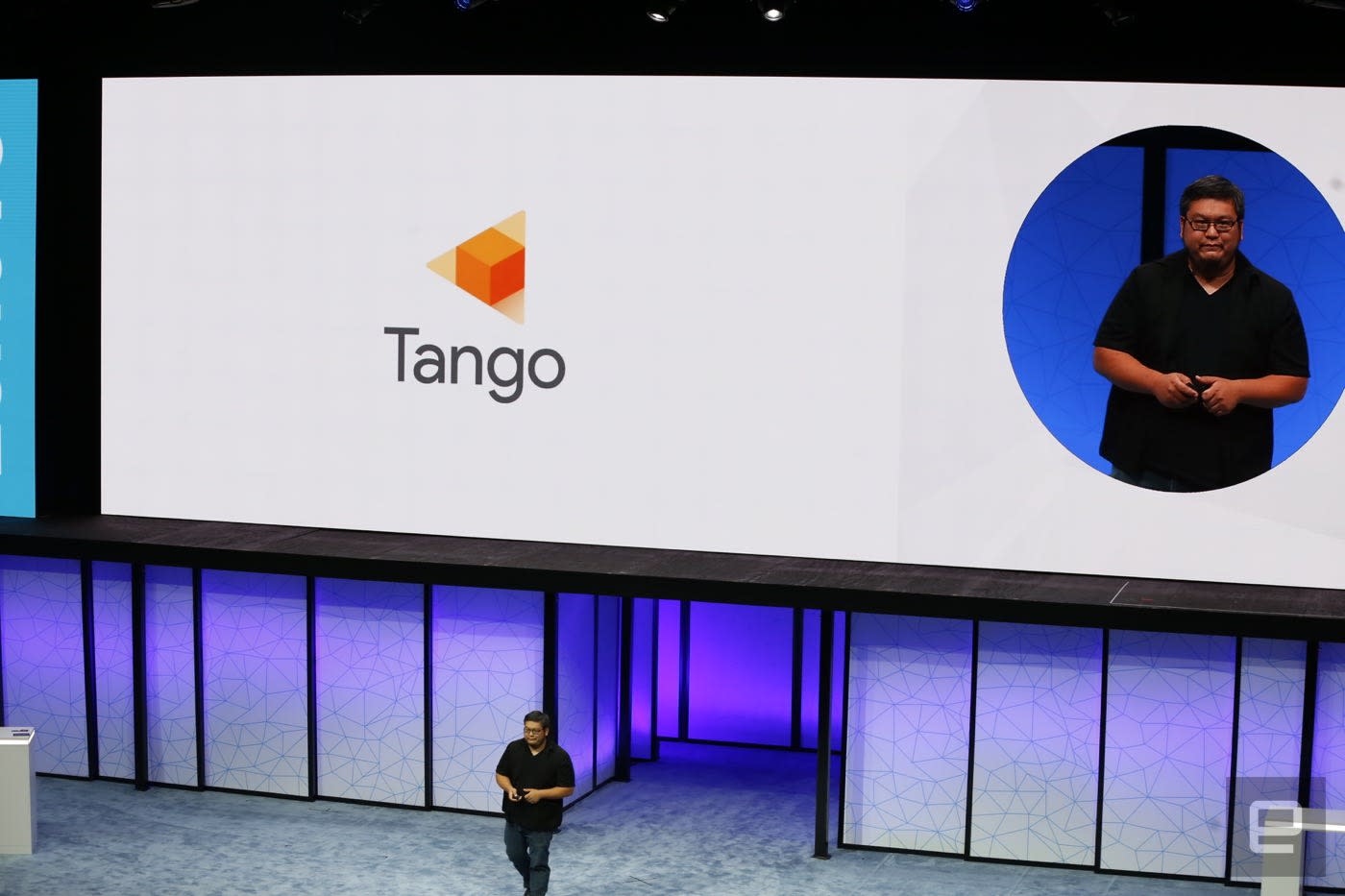 Onstage at Lenovo Tech World 2016, Google Engineering Director and Project Tango lead Johnny Lee announced some changes coming to Google's three-year-old augmented reality initiative. First up: now that Google is ready to ship the technology to consumers, the company is dropping the "Project" from the name and ramping up its investment in AR. Essentially, Google is ready to take this thing out of Beta and into the spotlight.

According to Google's official announcement, Tango's broad goal is now to help users "see more" of the world around them -- whether that's by creating a virtual box of toys to play with, projecting a scale model of the solar system in your kitchen, visualizing home improvement projects or just helping you find your way through a museum you've never been to.

Google's re-branding effort and increased commitment comes just as the augmented reality space is starting grow up alongside the Wild West of VR. Earlier this month, Microsoft also announced it would be expanding its own AR efforts and opening the Windows Holographic platform to outside developers.

In this article: AR, AugmentedReality, gear, google, googletango, johnnylee, lenovo, mobile, MotoLenovo2016, projecttango, tango, VR
All products recommended by Engadget are selected by our editorial team, independent of our parent company. Some of our stories include affiliate links. If you buy something through one of these links, we may earn an affiliate commission.