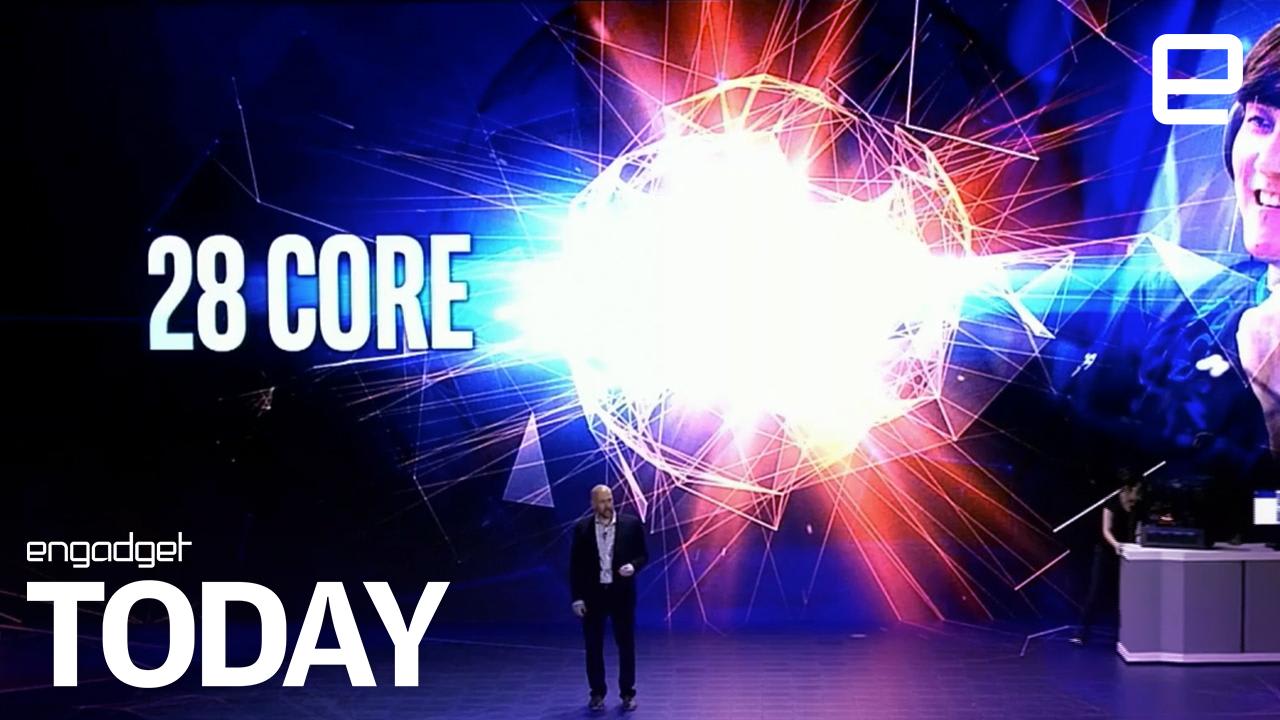 Intel's 18-core i9 CPU is still impressive, but that's last year's news. Today at Computex, Intel SVP Gregory Bryant demoed a 28-core processor running at 5GHz. It's the first time we've seen a single socket desktop CPU cram in that many cores, and it's certainly powerful. In Cinebench, it achieved a score of 7,334 on stage, something that's only bested by multi-processor systems. Better yet, Bryant says it's not just a concept, as Intel plans to sell the 28-core CPU by the end of the year. Time to start saving.

In this article: 28cores, Computex2018, gadgetry, gadgets, gear, intel, personal computing, personalcomputing
All products recommended by Engadget are selected by our editorial team, independent of our parent company. Some of our stories include affiliate links. If you buy something through one of these links, we may earn an affiliate commission.