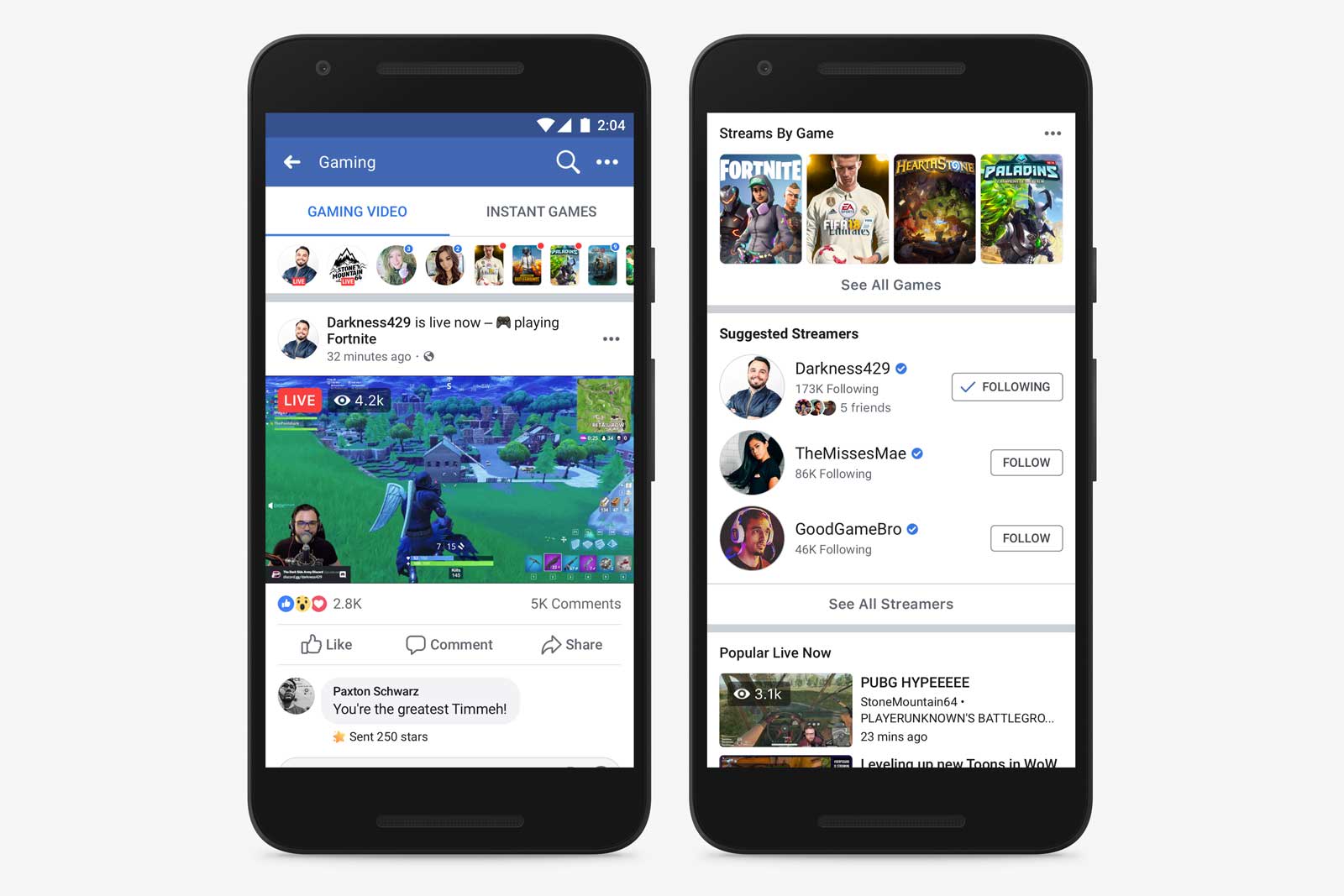 Facebook hasn't been shy about its plans to challenge game streaming services like Twitch, Mixer and YouTube Gaming, and it's taking that effort to its next logical step. The social site recently started testing a dedicated gaming video portal (appropriately shortened to fb.gg) that highlights both live and pre-recorded footage based on the games, creators, pages and groups you follow. It'll also put the spotlight on eSports competitions and game-related events, and mobile gamers will see a section for Instant Games. The experience will no doubt seem familiar if you've used rival services, but it's hard to complain when you can find a Fortnite stream that much faster.

At the same time, Facebook is giving new streamers more opportunities to find their footing. It's unveiling a Level Up program in the months ahead that will let newcomers earn money from viewers who buy and send virtual items in the middle of live streams. It's somewhat like Twitch's Affiliate tier -- you can still generate an income without a full-fledged partnership. On that note, Facebook said it plans to expand its creator subscription test to include more partners in the weeks ahead.

There's a clear goal behind the two moves: Facebook is hoping to turn its game streaming into more of a viable option with better exposure and money-making opportunities. It's still a long way off from attracting a host of superstar broadcasters like Ninja, but it might have a larger influence going forward.

Source: Facebook Newsroom, fb.gg
In this article: e32018, facebook, facebookstars, games, gaming, internet, levelup, livestreaming, socialnetwork, socialnetworking, videogames
All products recommended by Engadget are selected by our editorial team, independent of our parent company. Some of our stories include affiliate links. If you buy something through one of these links, we may earn an affiliate commission.