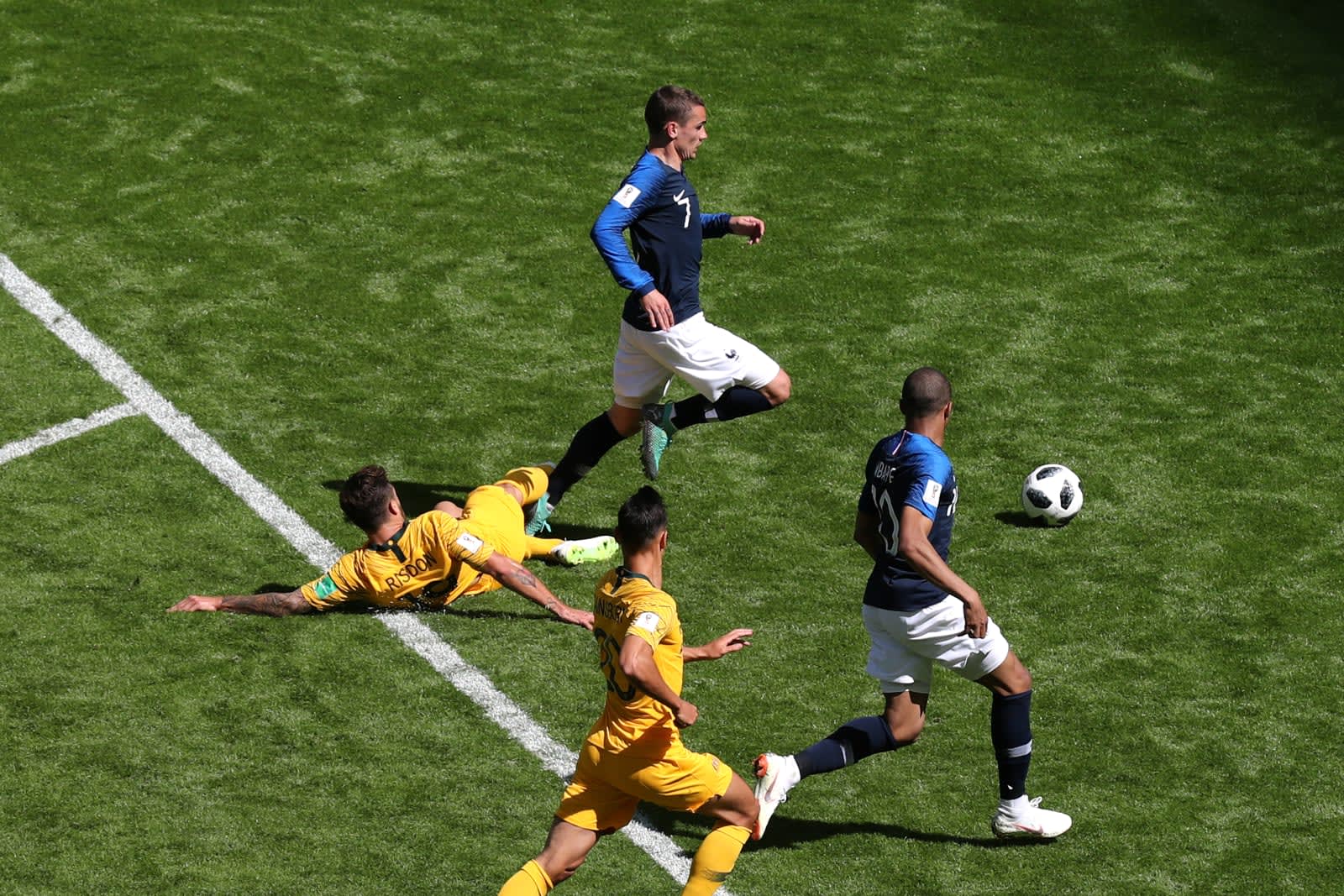 When FIFA greenlit the use of video assistant referees at the 2018 World Cup, there was one overriding question: how long would it take before the technology shaped an important call? Not long at all, apparently. Two days into the group stage, officiators have used VAR to call for a key penalty after Australia's John Risdon appeared to have fouled France's Antoine Griezmann with a sliding tackle, disrupting a charge toward a possible goal. Griezmann promptly scored on the subsequent penalty kick, giving France the lead.

Tech played a crucial role later in the match, too. Goal-line systems once again helped France after a Paul Pogba shot bounced vertically off Australia's crossbar. While it wasn't initially clear if he'd scored, the equipment determined that the ball had creeped inches past the goal line and counted as France's second, decisive point.

The game as a whole has been characterized as unexciting (two out of the three goals came from penalties). However, that might just underscore the value of VAR. While there are complaints that it can slow down play, it's meant to provide clarity in messy situations like this. We wouldn't be surprised if VAR and goal-line tech played vital roles throughout the rest of the Cup.

Source: BBC
In this article: australia, av, entertainment, football, france, gadgetry, gadgets, referee, soccer, sports, var, videoassistantreferee, worldcup, worldcup2018
All products recommended by Engadget are selected by our editorial team, independent of our parent company. Some of our stories include affiliate links. If you buy something through one of these links, we may earn an affiliate commission.