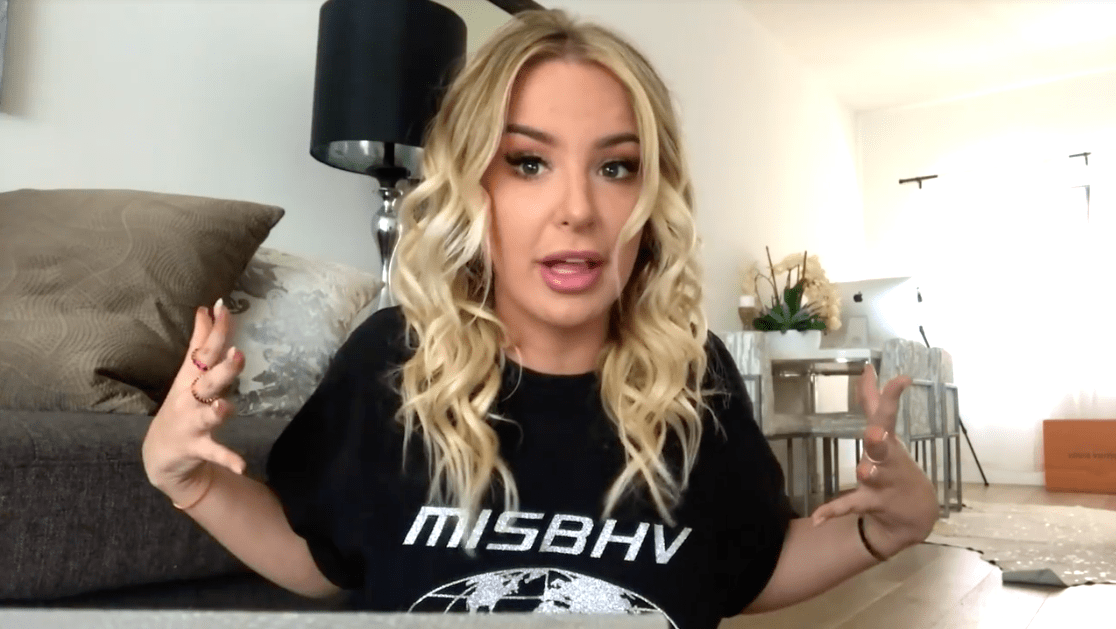 Tana Mongeau, a YouTube star, was angry that popular YouTube convention VidCon has refused to grant her a "Featured Creator" badge that would grant her extra security and a special area to meet and greet her fans, so she decided to take matters into her own hands. For 2018, Mongueau decided she would put on her own rival convention called TanaCon, held across the street from VidCon, on the same days (June 22nd and 23rd). She envisioned it as a two-day free event where fans could meet up with their favorite YouTube stars. It didn't exactly go as planned.

The space at the Marriott, where the convention was being held, could handle about 3,000 guests. Mongeau had stated that she'd sold around 5,000 tickets. (The convention was free, but fans could buy tickets for special meet and greets with creators). When TanaCon opened, attendees stood in line to enter, but there was no line organization to determine who already had a ticket and who didn't. As a result, the venue filled to capacity quickly, and fans were waiting for four to five hours in the sun to enter, according to Newsweek.

Once fans got inside, there was nothing to actually do. The programming was sparse, and the venue was just one hallway and a ballroom. Attendees were understandably furious; Mongeau claimed that as many as 15,000 people were waiting in line to get in the con. Early in the afternoon, the fire marshal showed up and shut down the con because the number of people in attendance was a fire hazard. Needless to say, the second day of the con didn't happen.

Mongeau has tweeted that the fans that shelled out money to TanaCon would get refunds, even if it came out of her own pocket. On her Twitter feed, she states that her intentions were good but that she was unprepared for the number of people who showed up, among other things. All of this is just another reminder that it is extremely hard to put on large events, and just because a person has a large fan following doesn't mean that they will be able to organize all the logistics involved.

but to be real- i didn't expect that many people to show up outside. which in hindsight was dumb as fuck. it was the same days as vidcon and i should've prepared better. regardless of if people were telling me different, tanacon is attached to ME. and i take full responsibility.

REFUNDS will be issued, even if i write the check out of my own pocket. merch will be sent to ticket buyers, if anyone travelled far feel free to email tanamongeauyt@gmail.com to discuss compensation, from me personally.

Via: The Verge
Source: Newsweek
In this article: business, entertainment, tanacon, tanamongeau, vidcon
All products recommended by Engadget are selected by our editorial team, independent of our parent company. Some of our stories include affiliate links. If you buy something through one of these links, we may earn an affiliate commission.