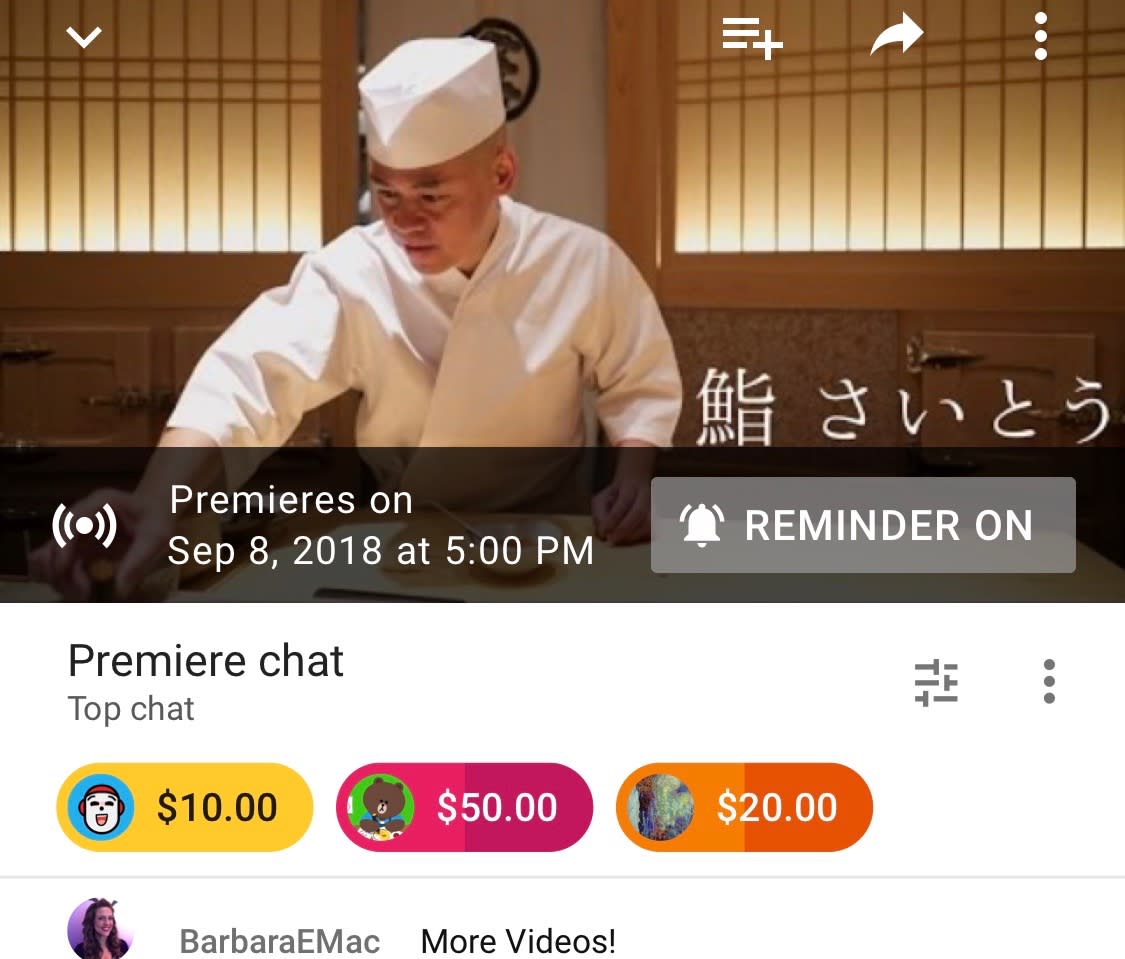 While YouTube users have been able to schedule prerecorded videos for years, until now there hasn't been a seamless way to build anticipation for those videos. But there's a feature being launched at VidCon 2018 called YouTube Premieres that's going to change that. This tool will let creators hype future on-demand videos with a dedicated public landing page that they can link to before a video is live on their channel. Right now, YouTube creators tend to go on other social sites like Instagram or Twitter to let their followers know about incoming videos, but there wasn't a way for them to direct people to a specific page on YouTube -- not for prerecorded videos, anyway.

Now with Premieres, they'll be able to do exactly that, complete with a countdown and, most important, the Super Chat feature that'll let creators interact with their audience in real time. The latter will come in handy in case someone, say, has a question about a product that's being unboxed or reviewed on the site. Of course, this is also an opportunity for creators to create a new revenue stream because they can earn money by opening up the chat only to people who have a $4.99 Channel Membership. That said, Premieres will be open only to users with at least 100,000 subscribers who are part of the YouTube Partner Program.

Kurt Wilms, group product manager at YouTube, told Engadget the idea for Premieres stemmed from the success of live video broadcasts on the site and features that were specifically made for that. He said creators started asking for a way to tease prerecorded videos, as well as a real-time chat room -- perks that were previously only available on live videos. Wilms added that YouTube has high hopes for Premieres to be the first step toward creating a culture of "appointment-viewing," one that will have a live essence to it that didn't exist prior to today.

In this article: av, entertainment, gear, google, internet, personal computing, personalcomputing, premieres, services, vidcon, vidcon2018, video, videos, youtube, youtubecreators, youtubepremieres, youtuber, youtubers
All products recommended by Engadget are selected by our editorial team, independent of our parent company. Some of our stories include affiliate links. If you buy something through one of these links, we may earn an affiliate commission.