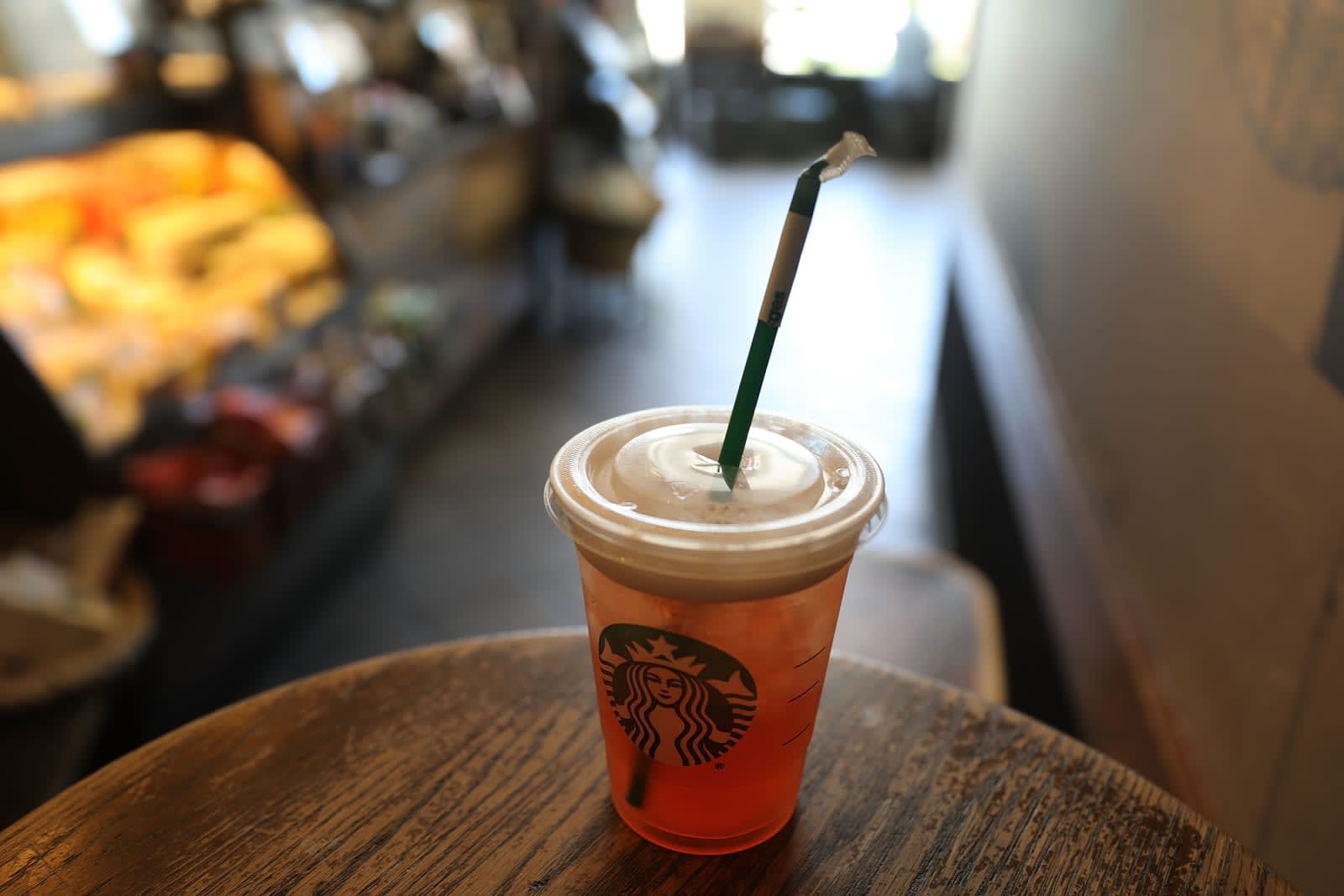 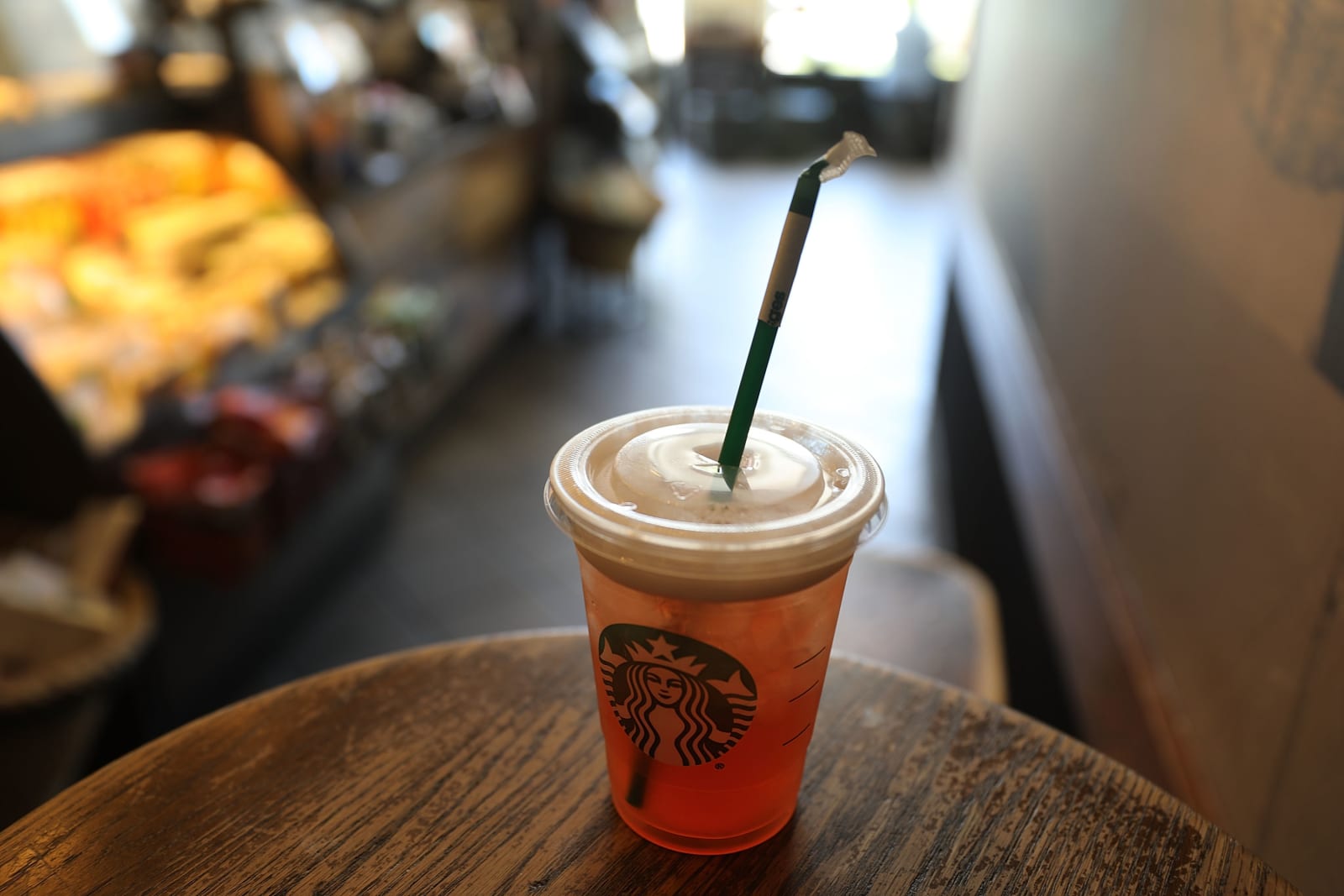 Those little plastic straws that you get at virtually every restaurant in America have become a huge problem for the world's oceans and Starbucks is finally doing something about it. The global coffeehouse chain announced on Monday that it will immediately begin phasing out plastic drinking straws from its 28,000 stores worldwide and eliminate their availability almost completely by 2020. Given that the company uses around a billion straws every year, that could make a significant difference to the health of our seas.

Drinking straws are just part of a planet-wide plastic pollution problem. Humans generate around 35 million tons of plastic pollution annually and about a quarter of it -- 9 million tons -- ends up in the ocean, according to a 2015 University of Georgia study published in the journal, Science. Of that, about 2,000 tons (4 percent) is made up of discarded straws. But since these items weigh on average .42 grams (1/67 of an ounce), we're still dealing with billions of individual units. According to Australian scientists Denise Hardesty and Chris Wilcox, some 7.5 million straws litter America's shorelines alone. They estimate that as many as 8.3 billion straws can be found on the world's coastlines.

"For every pound of tuna we're taking out of the ocean, we're putting two pounds of plastic in the ocean," Sherry Lippiatt, California regional coordinator for National Oceanic and Atmospheric Administration's marine debris program, told the AP.

Our polluting practices have wrought havoc on the marine ecosystem for years but a call for action went out in 2015 when Christine Figgener, a marine biologist at Texas A&M University, posted the following video of a sea turtle having a straw graphically removed from its nostril to YouTube. It's been viewed more than 30 million times since its posting and helped to coalesce public support for banning plastic straws.

"There are several of these single-use items the public is realizing, hey, we don't actually need these," Denise Hardesty, a scientist with Australia's Commonwealth Scientific and Industrial Research Organisation, told the Chicago Tribune.

Even so, banning straws should only rectify around 4 percent of the plastic pollution problem, right? "Banning straws is about as important as spitting in the wind," Psychologist Robert Gifford told Grist in July. But the action carries with it a "foot in the door" benefit, he explained. "A lot of social psychology research says that if you get people to say yes to a small request, they are more likely to accede to more serious requests." So by building support for small changes, like banning straws, society should in the future be able to further nurture support for more fundamental environmentally-friendly changes.

Looks like an adult sippy cup but really it's the new @Starbucks straw-free iced coffee lids! They come with the nitro cold brews, but you can ask for one for any cold drink to be more eco-friendly 🌎☕️ pic.twitter.com/OyzEKDucPS

In the straws' places, Starbucks is developing a recyclable spouted lid that has been described as an "adult sippy cup." These lids, according the the company, "will become the standard for all iced coffee, tea and espresso beverages." It's already available at 8,000 North American locations for the company's Draft Nitro and Cold Foam drinks. Seattle and Vancouver customers will be the first to see these new lids on all their drinks starting this fall. The rest of the US and Canada will get them by the end of 2019 and the rest of the world will receive them after that.

However, not everybody is entirely enthused with Starbucks' new-found environmental conscience. The disability advocacy group, One in Five, protested earlier this year against MSP Kate Forbes' "Final Straw" campaign to ban plastic straws from the UK, arguing that paper, plant-based and metal alternatives are not always suitable.

"Most paper and plant-based alternatives are not flexible or suitable for drinks over 40C, therefore increases the risks of choking," the group wrote to the MSP in February. "Metal straws can be dangerous for people with neurological conditions such as Parkinson's whereas reusable plastic straws present hygiene concerns to people with specific health conditions." 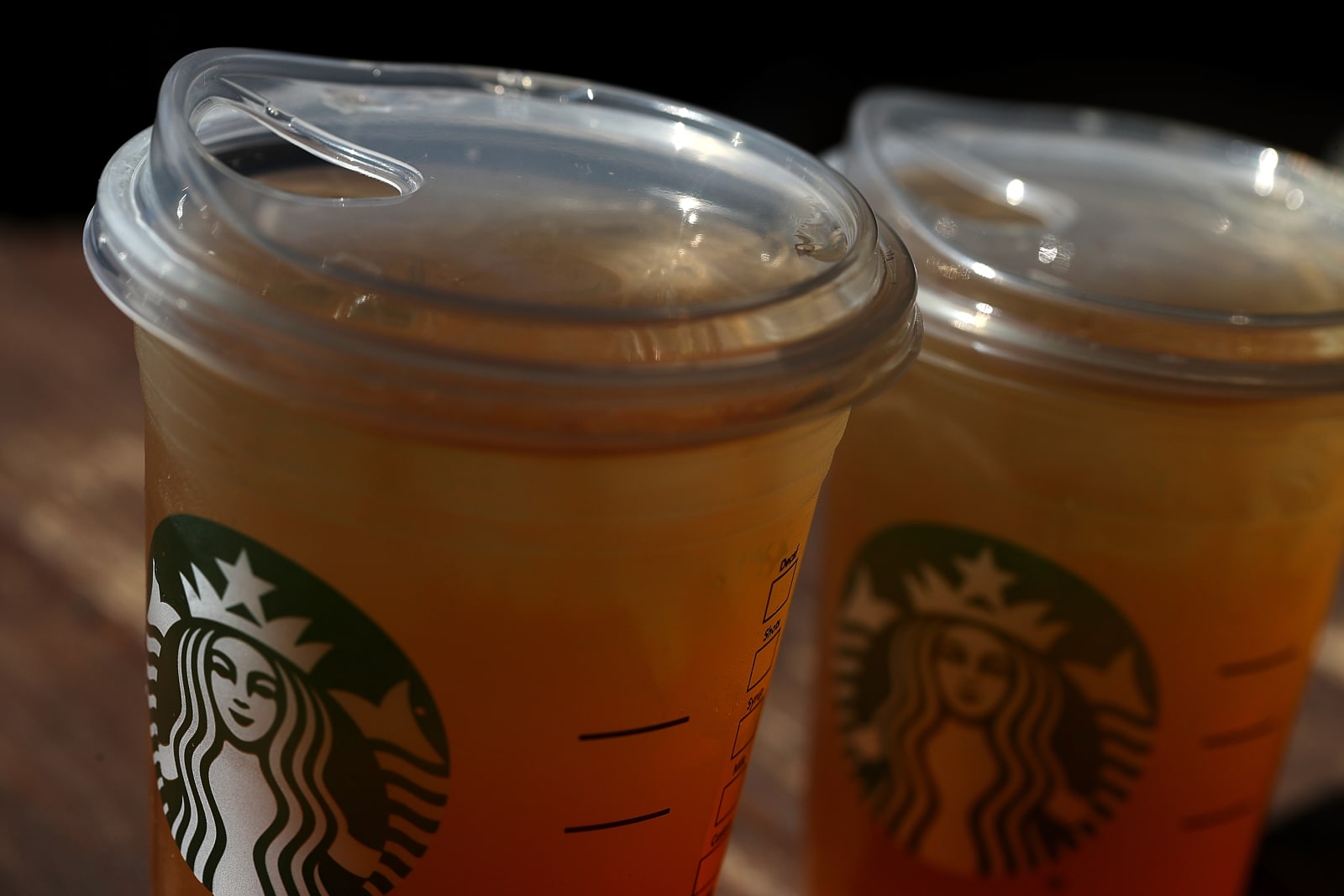 Here in the US, advocates have fought similar local measures. The city of Berkeley, California in June floated the idea of banning plastic straws. The Center for Independent Living applauded the city's environmental efforts but pointed out in a letter to the City Council, "due to deficits in manual dexterity and various other factors, a significant number of folks require straws to drink beverages. It is important that Berkeley, as it moves forward with any plan, remember the needs of its disabled residents and to accommodate those needs."

Concerns from the disabled community aside, the push to reduce plastic usage has gained steam over the past couple of years. Hyatt Hotels Corp also announced on Monday that it would only give plastic straws upon request at restaurants and bars in its 700 properties starting September 1st.

Starbucks' announcement came a week after Seattle, Washington (where the coffee company is headquartered), implemented its city-wide ban on plastic straws in restaurants. Fort Myers, Florida has already enacted a similar ban and like-minded propositions are currently being considered in both San Francisco and New York. In May, the European Council unveiled a plan to ban 10 plastic items that constitute 70 percent of the pollution in European waterways. What's more, the EC's proposal would shoulder plastic producers with the cleanup costs.

Whether these specific steps taken by a few multinational corporations have any noticeable effect on the Earth's oceans remains to be seen. However, Starbucks' actions set a precedent, allowing it to serve as a role model for other environmentally conscious companies. And when we're facing a problem as ubiquitous as plastic pollution, we've got to start somewhere. Even if the first steps don't solve the problem outright.

In this article: ban, environment, green, plastic, pollution, starbucks, straw, tomorrow
All products recommended by Engadget are selected by our editorial team, independent of our parent company. Some of our stories include affiliate links. If you buy something through one of these links, we may earn an affiliate commission.