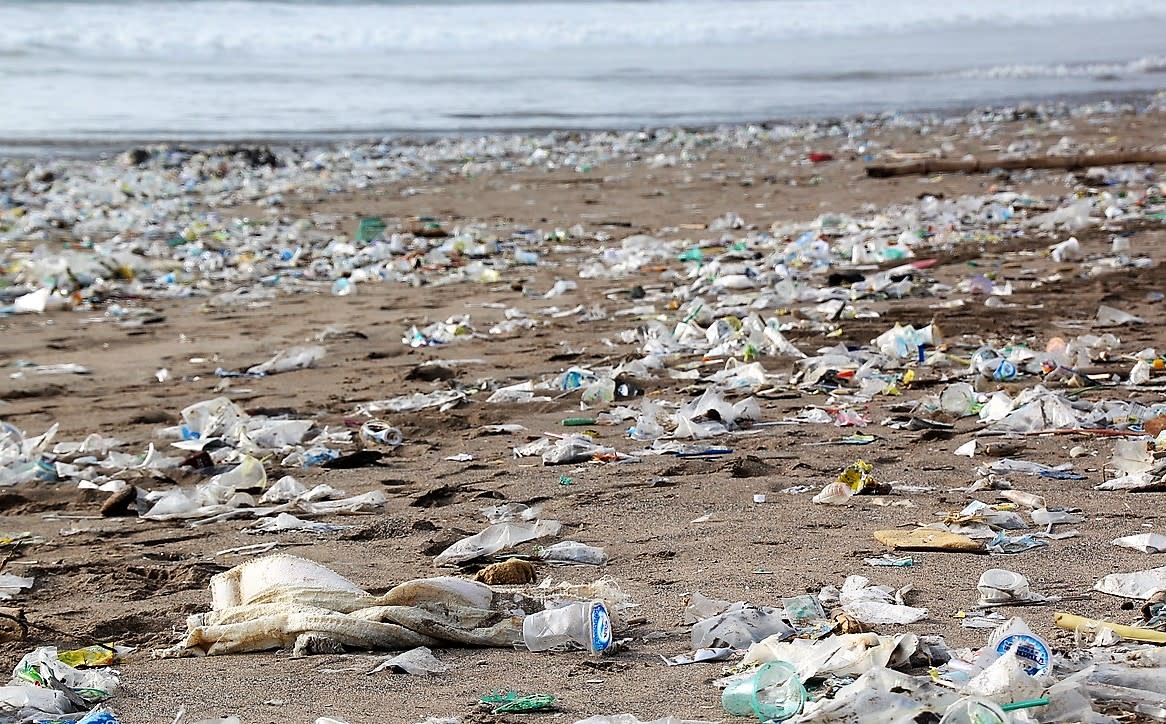 Scientists at the European Space Agency (ESA) are working on a technology that would allow them to identify from space just how much plastic there is floating around in oceans. Until now, researchers have used satellite maps to simulate the accumulation of marine trash, but the new project would use direct optical measurements to provide actual data on the scale of the issue.

"We're not talking about actually spotting floating litter items," explains ESA's Paolo Corradi, who is overseeing the project, "but instead to identify a distinct spectral signature of plastic picked up from orbit." The technology would work in the same way as the processing software used in recycling plants, which identifies plastic based on its specific infrared "fingerprints".

At this stage, the teams from France and the UK are assessing how feasible their objective is using current technology from the top of the atmosphere, but Corradi says they may have to operate from the middle of the atmosphere using aircraft or drones, or improve the technology altogether.

He adds that while current simulations estimating the amount of marine plastic "are all well and good", an image based on actual measurements would have greater impact on policymakers. "Monitoring is not a goal in itself, but a means to show the scale of the problem, and start to try and solve it."

In this article: ESA, green, infrared, litter, marine, optical, plastic, satellites, space, TL18TSAT, tomorrow, trash, waste
All products recommended by Engadget are selected by our editorial team, independent of our parent company. Some of our stories include affiliate links. If you buy something through one of these links, we may earn an affiliate commission.