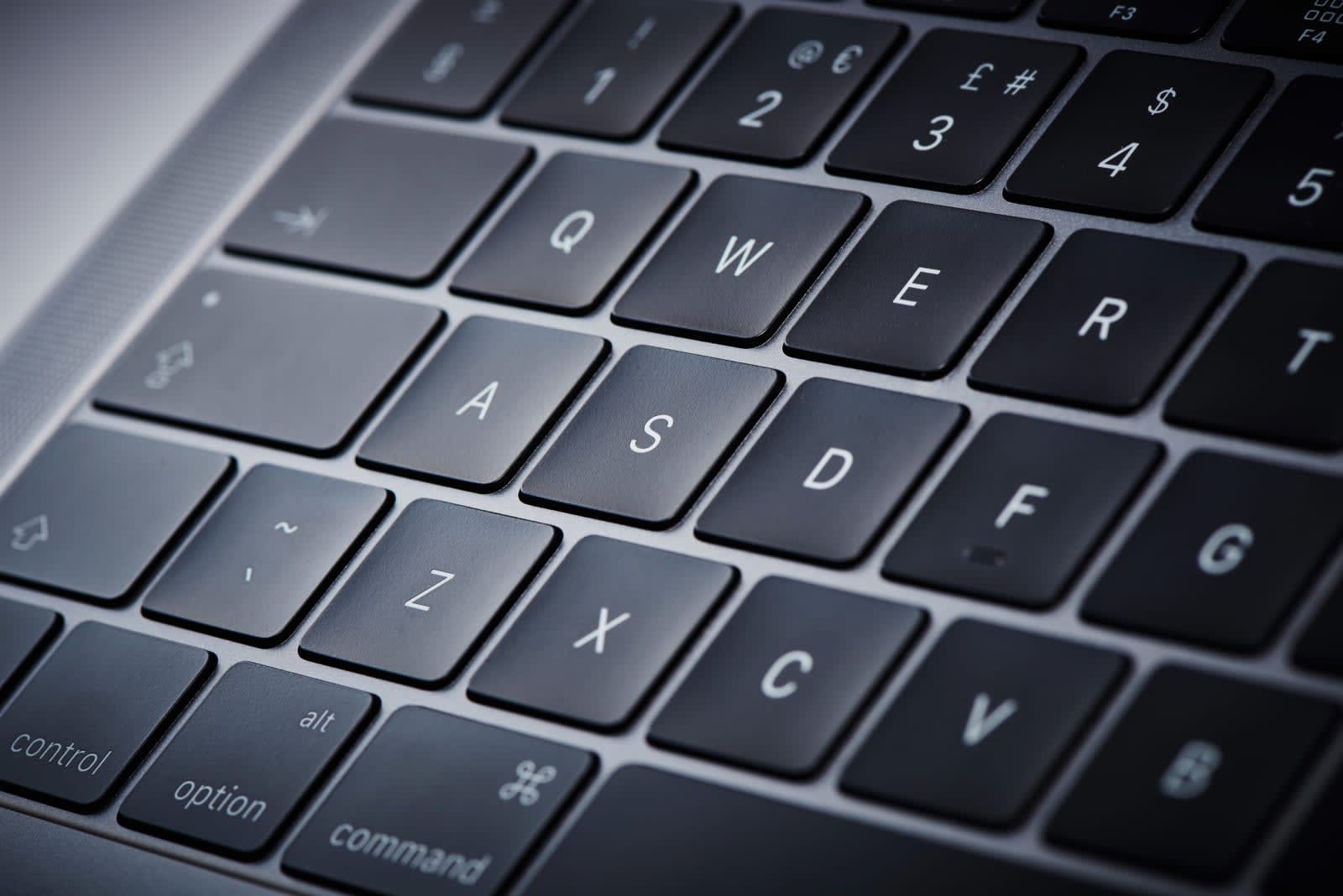 Users have complained that the butterfly switch keyboard that comes with newer MacBook and MacBook Pro models is too sensitive to crumbs and dust, with difficult-to-repair keys becoming "sticky" overtime. But when iFixit took a look inside Apple's newest MacBook Pro, it discovered silicone barriers around the keyboard switches -- a new addition that a MacBook Pro service document states is to "prevent debris from entering the butterfly mechanism." Now, iFixit has put those barriers to the test in order to see how effective they really are at keeping particles from damaging the keyboard.

To test the silicone barriers, iFixit exposed the 2018 MacBook Pro keyboard to a fine, powdered paint additive and the team observed that the dust remained at the edges of the membrane and away from the switch. However, adding more particulate and throwing in some "aggressive typing" caused the dust to penetrate beneath the clips and get to the switch. Taking it a step further, iFixit added some sand to the keyboards and found that doing so caused keys to stop working. So it looks like the the barriers do a decent job protecting against dust, at least in the short term, but larger particles may still be an issue.

Apple has faced lawsuits over its butterfly switch keyboards and last month, it finally acknowledged the issue by launching a repair program for certain MacBook and MacBook Pro models. It's good to see that the company is making some effort to fix the issue in newer models, but as iFixit notes, only time will tell how long these silicone membranes hold up.

Source: iFixit
In this article: apple, gadgetry, gadgets, gear, ifixit, keyboard, MacbookPro, personal computing, personalcomputing
All products recommended by Engadget are selected by our editorial team, independent of our parent company. Some of our stories include affiliate links. If you buy something through one of these links, we may earn an affiliate commission.