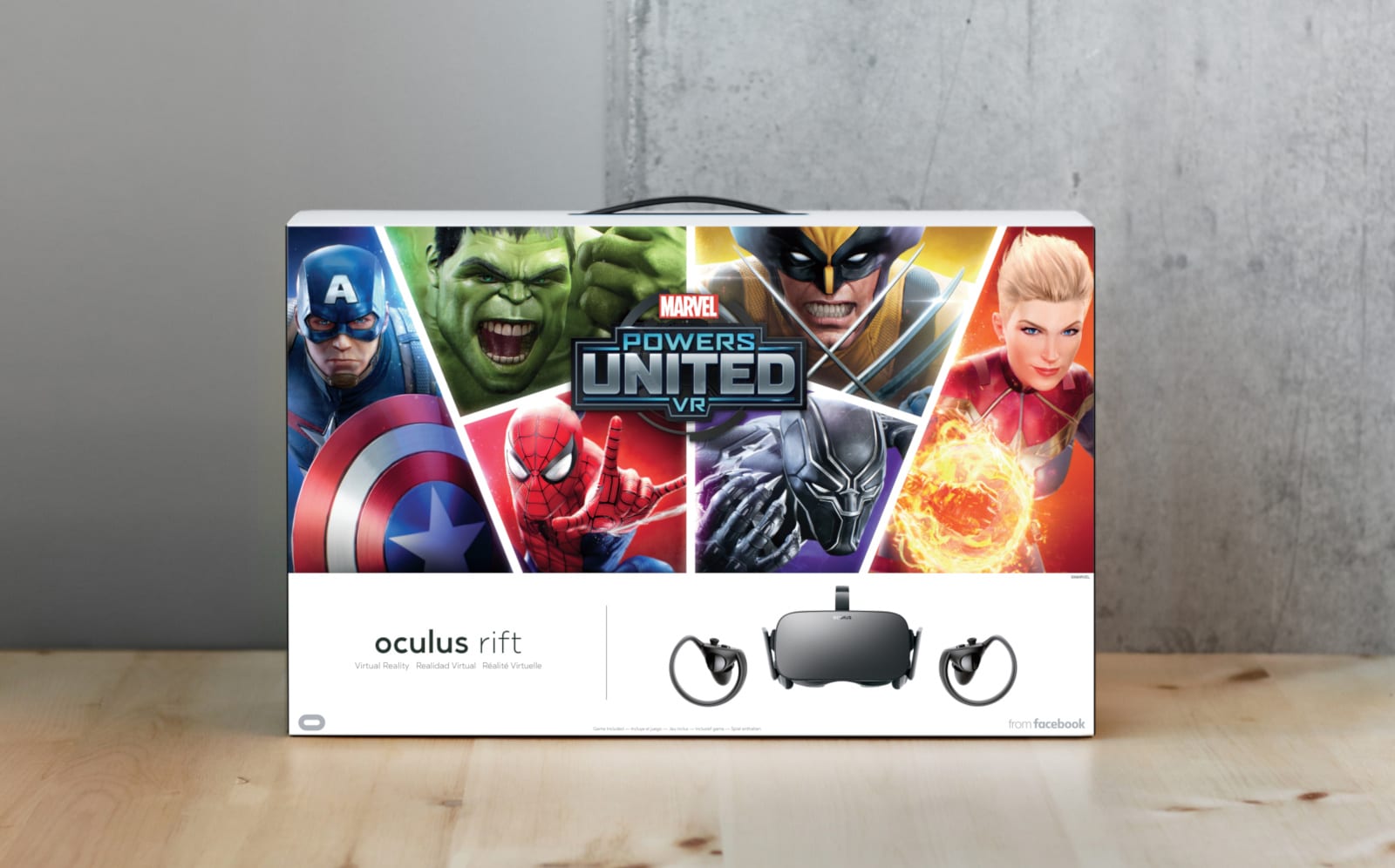 When it comes to releasing VR game bundles, Sony is miles ahead of Oculus. But if you're not a console gamer and have only been waiting for Oculus to come up with a bundle of its own, then we hope you have a few hundred to spare. The studio has launched a special edition Rift + Touch package with Marvel Powers United VR for $399, the same price you'd pay for one with an Oculus headset, a pair of sensors and a pair of controllers without the game.

You and three other friends can play as any of the available Marvel superheroes, giving you a way to wield Cap's shield or smash enemies as the Hulk, in the first-person co-op title. Captain Marvel, Deadpool, Loki, Doctor Strange, Rogue, Wolverine, Black Widow, Hawkeye, Star-Lord and Spider-Man are also in the game, but unfortunately for Iron Man fans, Tony Stark seems to be missing from the roster. You can get the bundle from the Oculus website or from select retailers in supported countries starting on July 31st. In case you already have a Rift, though, you can also just buy the game for $40.

Source: Oculus (1), (2)
In this article: gadgetry, gadgets, gaming, marvel, marvelpowersunitedvr, oculus, rift, sdcc, sdcc2018, touch
All products recommended by Engadget are selected by our editorial team, independent of our parent company. Some of our stories include affiliate links. If you buy something through one of these links, we may earn an affiliate commission.