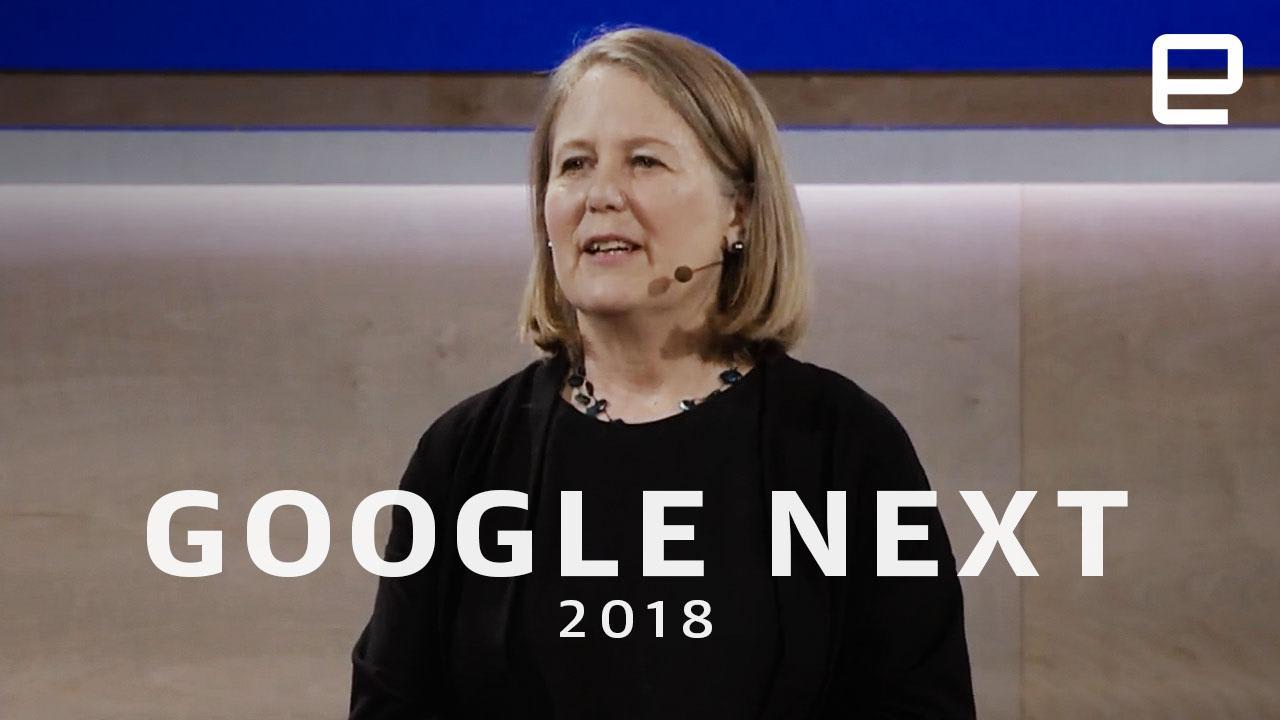 With the Google Next 2018 conference -- the I/O for cloud computing -- now underway in San Francisco, the company spent some time Tuesday morning crowing over its most recent cloud-based accomplishments and explaining where the platform will be expanding in the future. Diane Greene, CEO of Google Cloud, took the stage to announce that this year's conference is the "biggest Google event ever" with more than 20,000 registered attendees.

AI and security were the two main points of focus for Google Cloud moving forward or as Greene put it, "Security is the number one worry, and AI is the number one opportunity." She hinted that nearly a dozen new security features and tools will debut at the conference this week, in addition to the twenty announced back in March. AI will play an important role in that space. It's already being used to check your grammar in Google Docs and sniff out spam in Gmail.

Google hopes to expand its cloud services into new fields in the coming months and years, especially healthcare. The company announced during the keynote that it is partnering with the Broad Institute for genome processing tools as well as the National Institutes of Health to help crunch massive biomedical data sets.

Source: Google Blog
In this article: AI, business, Cloud, CloudNext2018, computing, gear, google, Next, security, video
All products recommended by Engadget are selected by our editorial team, independent of our parent company. Some of our stories include affiliate links. If you buy something through one of these links, we may earn an affiliate commission.