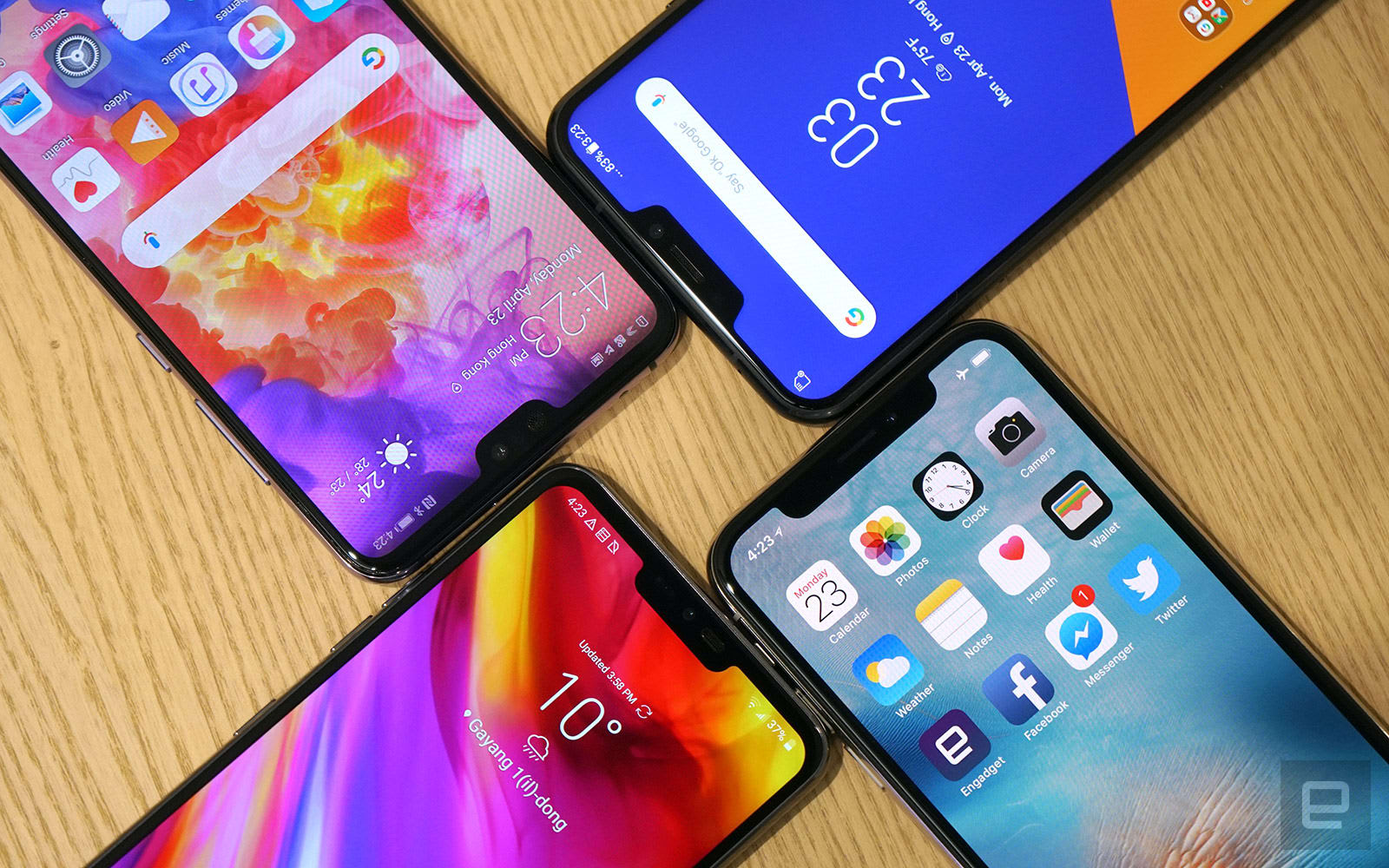 While Google is welcoming manufacturers who want to pack Android into phones with notches, it's setting a limit on how many cutouts devices can include. The company has told phone makers that they can only include notches at the top and/or bottom of the screen, and each edge can only have a single notch.

Because Android is open source, Google can't truly stop any manufacturer from making a device with three notches for some reason (for the record, one should be the absolute maximum). So device makers could create some monstrosity that has a notch on each side and still run Android, in theory, but they risk running the wrath of Google.

We haven't really seen any devices with more than one notch so far. So, this seems like a case of Google trying to nip a potential problem in the bud before some upstart manufacturer runs wild with a screen that's missing chunks on all four sides.

Some 16 phones from 11 manufacturers, including LG, already run Android on their notch-laden screens, Google says, and there are more such devices in the pipeline. It seems likely the next version of Google's Pixel XL will have a notch, for instance.

Google's edict is all about ensuring apps display properly. Android P lets developers ignore the notch completely and either let the status bar or a blackout fill the space depending on orientation, which is the default format. If they prefer, they can embrace the notches by wrapping their apps around them.

Via: The Verge
Source: Google
In this article: androidandroidp, gear, google, manufacturer, mobile, notch, notches, oem
All products recommended by Engadget are selected by our editorial team, independent of our parent company. Some of our stories include affiliate links. If you buy something through one of these links, we may earn an affiliate commission.