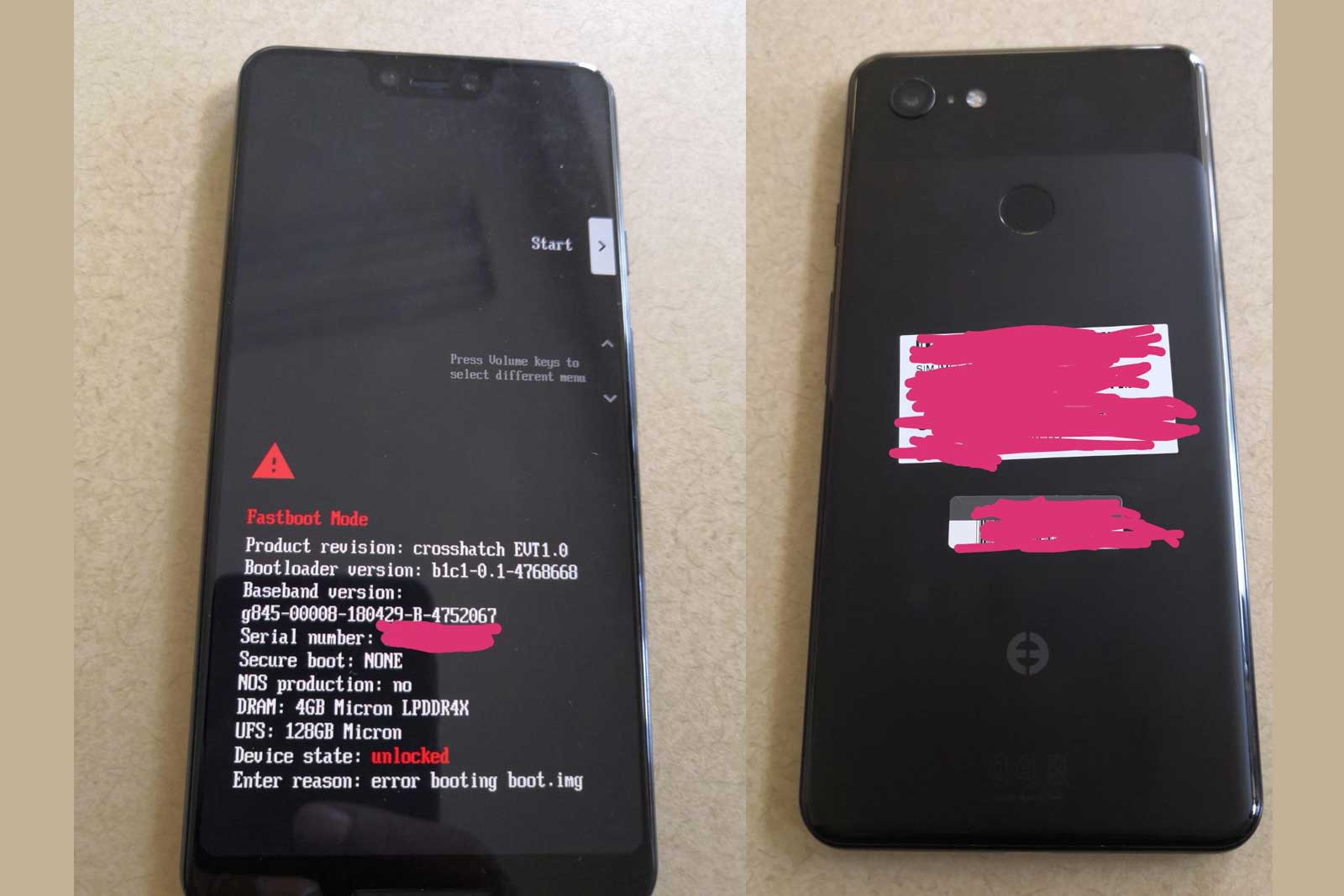 Google's rumored (but really, expected) Pixel 3 XL may have become much more tangible. An XDA forum goer has posted photos of what appears to be a test unit for the Android P flagship, and it largely supports earlier leaks, including the edge-to-edge screen -- yes, there's an unusually deep notch with two front cameras. The rear is less polarizing, but the curvier-than-usual shape suggests there might be a glass back, or at least something slightly more fanciful than on Pixel 2 devices.

The firmware suggests there won't be any dramatic leaps forward in specs. This developer model comes with 4GB of RAM and 128GB of storage, which isn't that much different than the existing phone. It's possible Google could bump up the specs, but we wouldn't count on it given that the company has likely locked down the design at this point

If a previous Bloomberg scoop was accurate, you could expect to see the finished version of the phone in October. The main question at this stage is pricing. Will the new screen command a premium, or will Google try to keep costs in check? We wouldn't expect a price hike given that most features seem familiar, but it's difficult to rule anything out.

In this article: android, gear, google, mobile, pixel3, pixel3xl, smartphone, TL18PIXL
All products recommended by Engadget are selected by our editorial team, independent of our parent company. Some of our stories include affiliate links. If you buy something through one of these links, we may earn an affiliate commission.