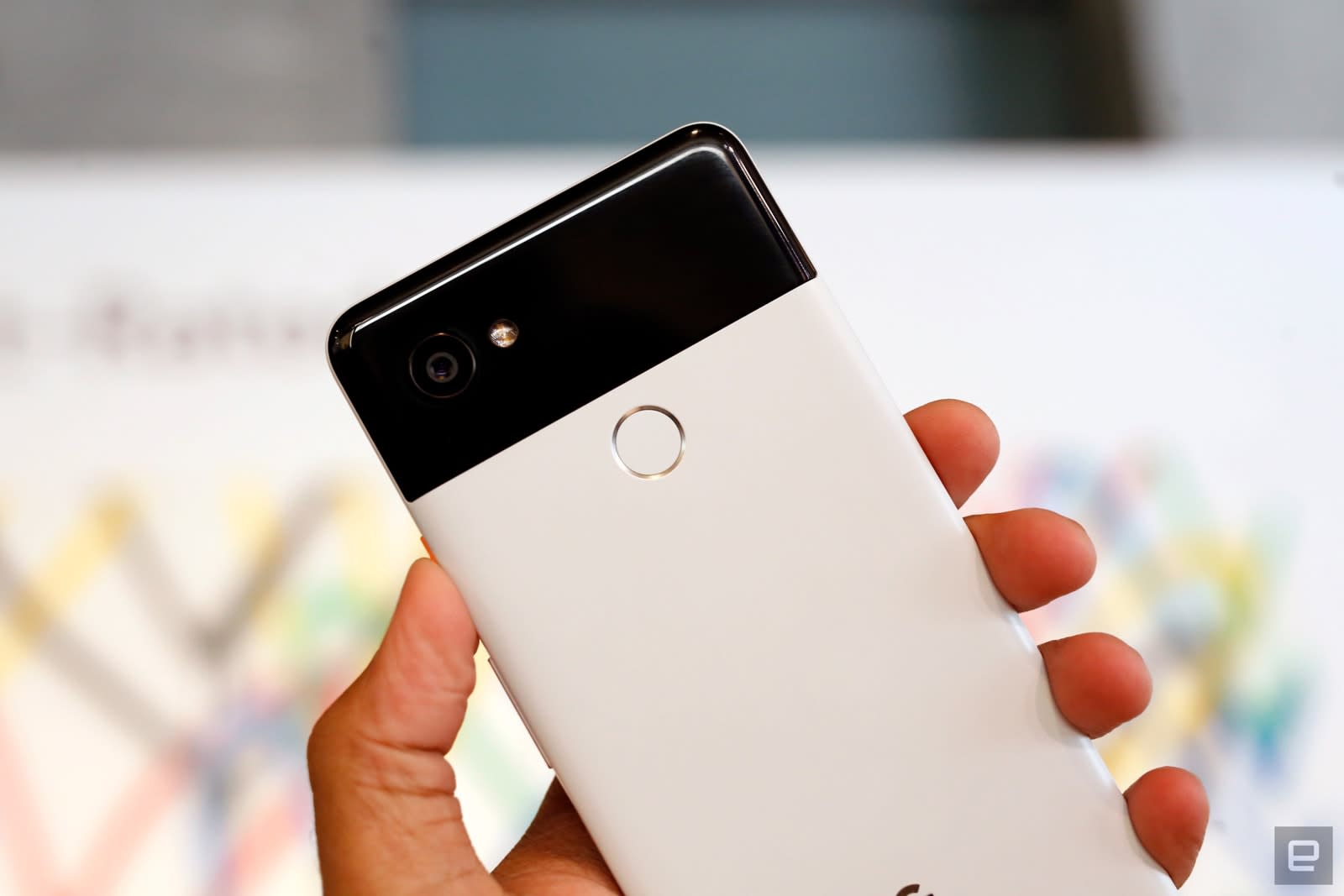 We've been impressed with Google's Pixel phones, but their terrible sales haven't lived up to their critical reputation. The Pixel 2 replaced the first model after just a year, so it was a good bet that the Pixel 3 would come out around the same time this fall. Now we have a hint at what the tech giant's next smartphone may look like. According to Bloomberg sources, odds are there will once again be a standard and 'XL' version, with the larger featuring an edge-to-edge screen and (unsurprisingly) a notch at the top.

The smaller Pixel 3 allegedly won't have the expansive screen or the cutout, the sources said. The 'XL' will feature two camera lenses in the notch and keep the thick "chin" bottom bezel to retain its forward-facing speakers. Both versions will still only have a single camera on the back and use software to imitate the iPhone's 'profile' blurred background effect. The phones will arrive in October (same as the last two years), with Verizon remaining the exclusive US carrier partner.

Other details are even more interesting. The sources noted that Google has talked about building its phones with Foxconn, which still manufactures iPhones. Further, some of the talent Google acquired from HTC in January has worked on the hardware and software for the Pixel 3, which seems like a tight turnaround. An upgraded Android OS with greater AI capabilities is also in the works, which may come as soon as next year.

In this article: android, gadgetry, gadgets, gear, google, googlepixel, googlepixel3, mobile, notch, smartphone
All products recommended by Engadget are selected by our editorial team, independent of our parent company. Some of our stories include affiliate links. If you buy something through one of these links, we may earn an affiliate commission.