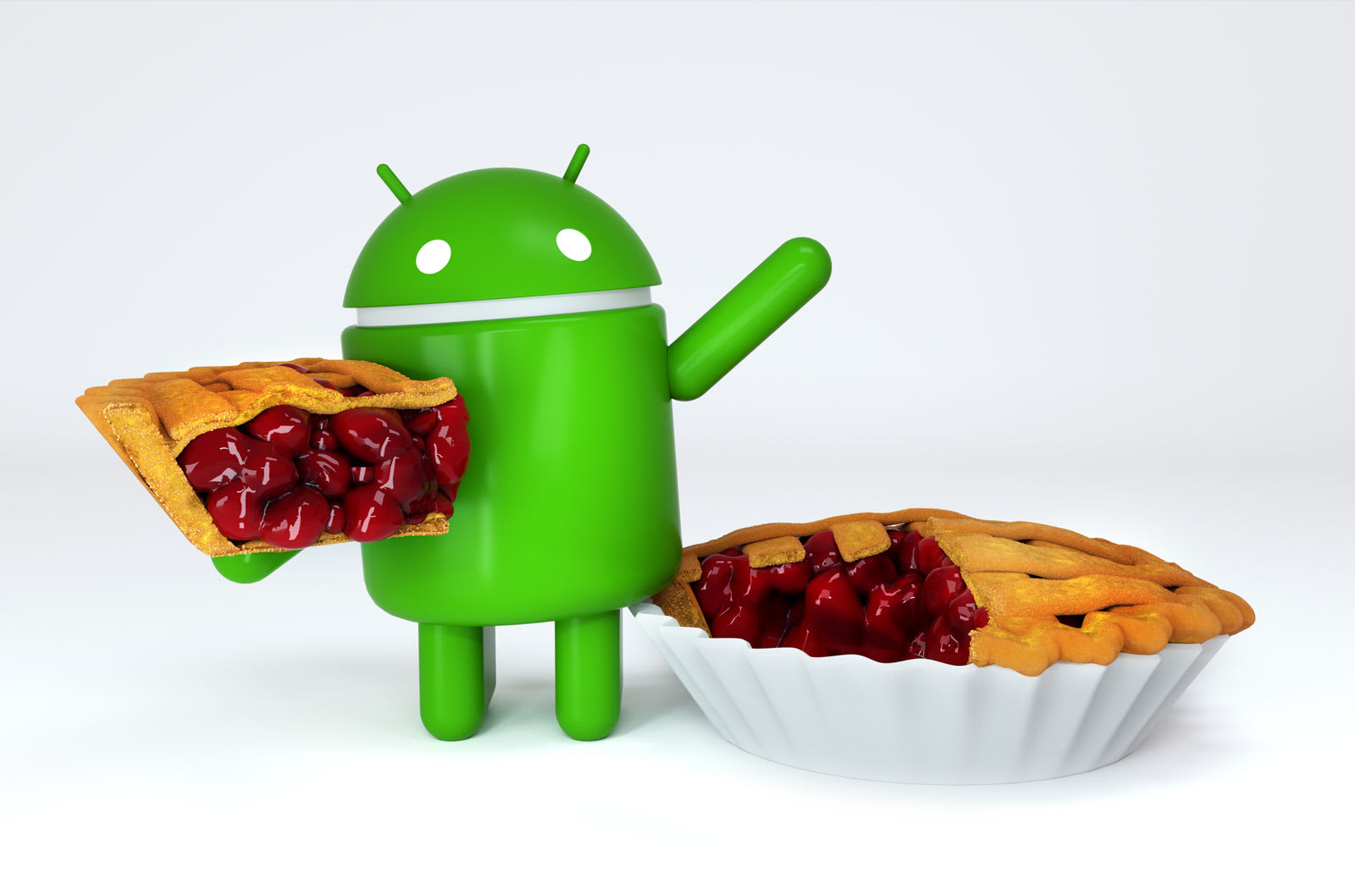 Sorry, peppermint, pancake and Pop-Tarts fans -- the "P" in Android 9.0's name stands for Pie, and it has officially arrived. You'll get an over-the-air update for the new platform very, very soon if you have a Pixel, since it's rolling out to Google's devices starting today. If you have a non-Pixel phone, though, you'll likely have to wait a few more months to get the software upgrade, even if you're already using its beta version. Google says that devices that were part of the Android P beta program (that includes devices from Sony, Xiaomi, HMD Global, Oppo, Vivo, OnePlus, and Essential) and "qualifying" Android One devices should have the update by the end of the fall. The tech giant says it's working with partner manufacturers to give more people access to the platform, and most of them plan to roll out Android 9 Pie to their devices before the year ends.

The new OS will add an iPhone X-like swipe-based navigation system to your phone, so you can swipe up from anywhere to see full-screen previews of your most recent apps. It also comes with AI applications, including one called Adaptive Battery, which can save you some juice by switching off applications when you need them the least. Another feature is a predictive app system that can tell what you want to do next. If you pull up Google Maps every morning, for instance, it will start suggesting the action in the future.

This fall, the platform will also introduce a feature called Slices -- probably named that way because it's Android Pie -- that shows a "slice" of relevant information from your apps when the system believes you need it. Google will roll out the digital wellbeing apps it promised at Google I/O starting this fall, as well. They include a dashboard that shows which apps take up most of your time and a timer that lets you set a limit for each application.

Source: Android Pie
In this article: android, android9, androidp, androidpie, gear, google, mobile
All products recommended by Engadget are selected by our editorial team, independent of our parent company. Some of our stories include affiliate links. If you buy something through one of these links, we may earn an affiliate commission.