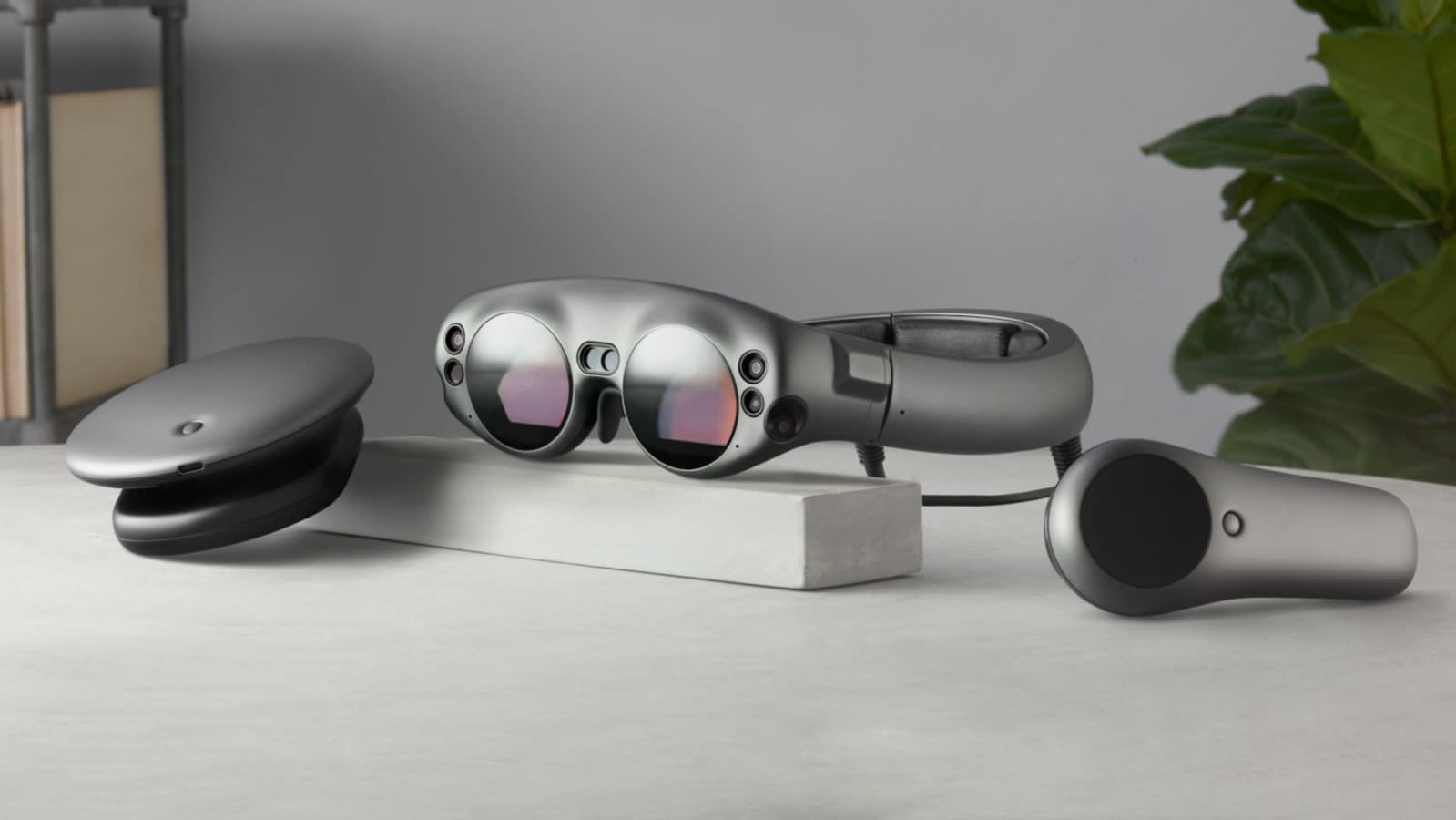 After years of waiting, Magic Leap released its mixed reality headset earlier this month. The Magic Leap One Creator Edition isn't quite a consumer-facing device -- instead, it comes bundled with several 'preview experiences' meant to inspire folks who want to make their own apps for the device's mixed reality OS. Now that the community's had a bit of time with the headset, Ifixit has torn one apart, giving us an inside look at the device that's been a big mystery.

First, the specs. The Creator Edition is powered by an NVIDIA Tegra X2 "Parker" SoC with a pair of Denver 2.0 64-bit cores and a quartet of ARM Cortex A57 64-bit cores, as well as an integrated Pascal-based GPU. It comes with 8GB of RAM and 128GB of flash storage, a USB-C port, 3.5mm headphone jack and connections to Bluetooth 4.2 and WiFi. All of these are packed in the hockey puck-like Lightpack, which handles power and processing.

This connects via cable to the Lightwear headset, which has a sensor array on the outside of each lens. The box hanging under the right side turns out to be an EM sensor. This emits magnetic fields and compares them to those generated by the handheld controller to track the latter's position and orientation. The headset uses an infrared projector in the nose bridge to sense depth and four IR LEDs in each lens to illuminate your eyes for the system to track their movement.

Now let's get to how the whole 'mixed reality' thing even works. Each lens contains a waveguide 'display' area made of six laminated layers with slight air gaps inbetween each, Ifixit found; Each catches different RGB hues at the correct microscopically different distance to produce a sensible picture. The light-and-optics system -- a set of RGB LEDs on each side projects light on to a liquid crystal display that translates it into an image, which then flows through lensesand on to said waveguide. It's a complex process, but Ifixit's diagram is a helpful overview: 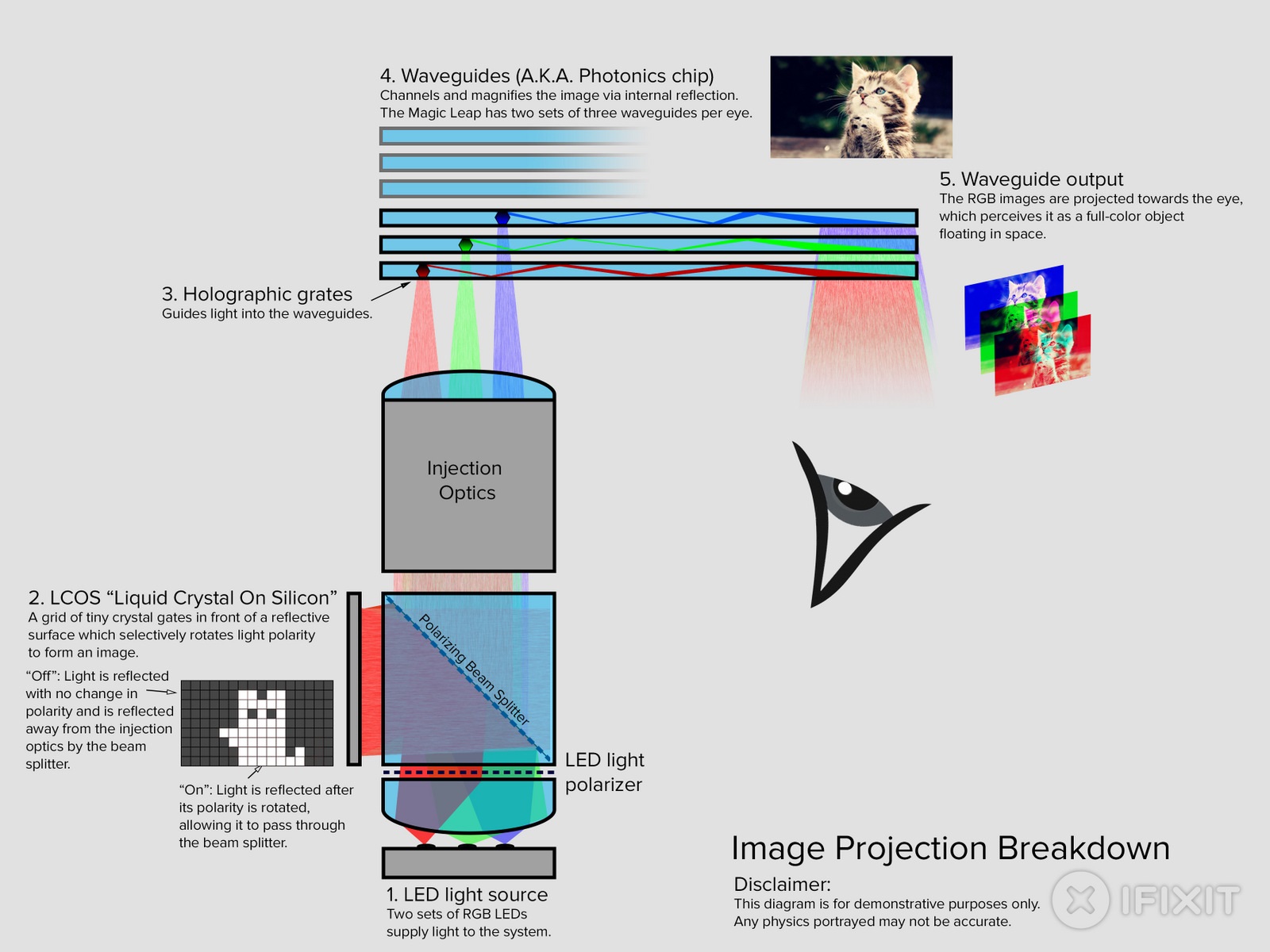 Those are the basics, though Ifixit's guide also explores things like cabling and cooling, if you wanted an even deeper dive. It's good to see the insides of the production-level model after so long in development. If you're sold on the headset and want to start cranking out your own apps, good news: Magic Leap is planning a developer conference in LA on October 9th and 10th with partnership announcements and on-stage demonstrations.

Source: Ifixit
In this article: gadgetry, gadgets, gear, ifixit, magicleap, MagicLeapOne, magicleaponecreatoredition, MixedReality, teardown
All products recommended by Engadget are selected by our editorial team, independent of our parent company. Some of our stories include affiliate links. If you buy something through one of these links, we may earn an affiliate commission.