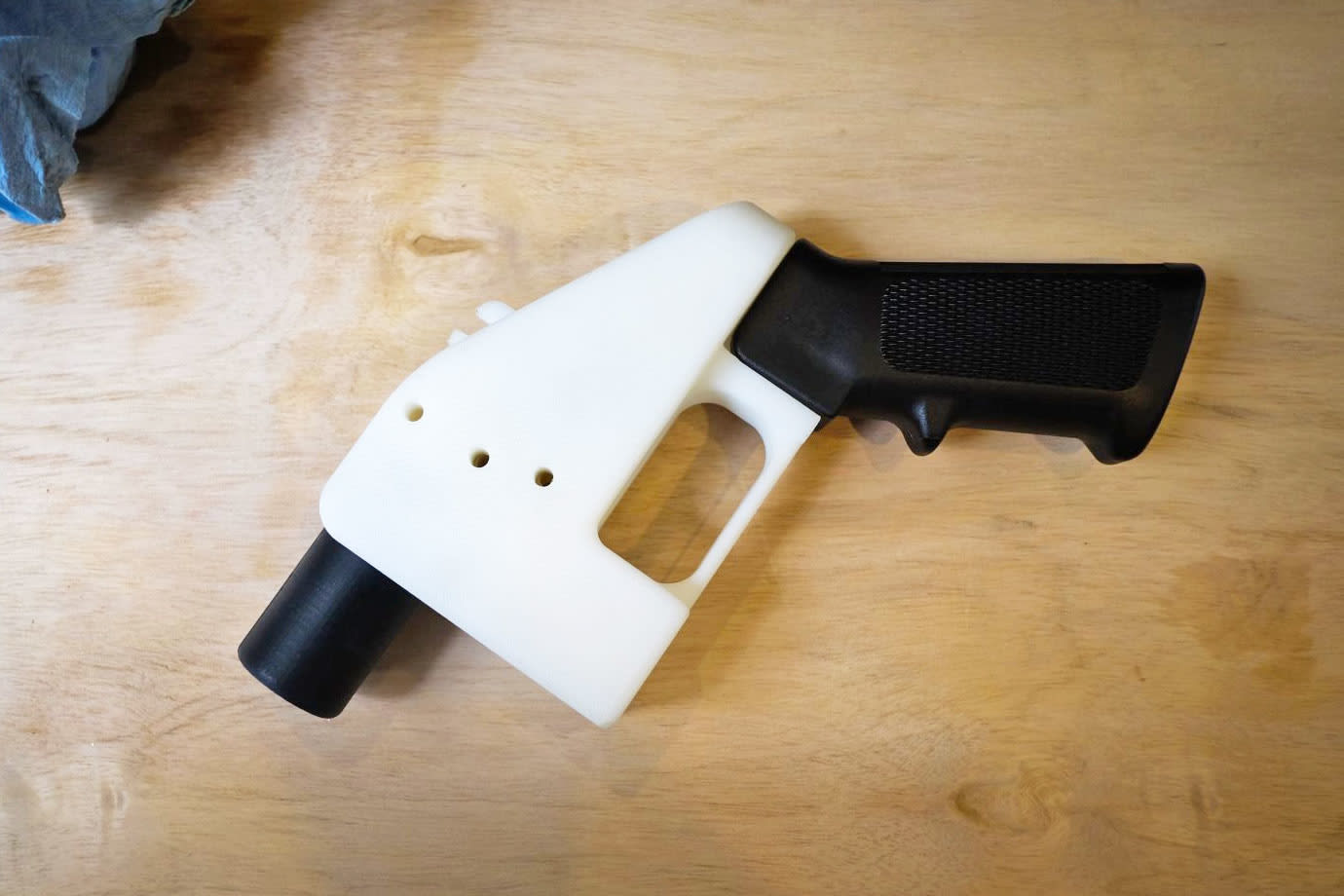 A judge may have extended a ban preventing Defense Distributed from publishing plans for 3D-printed guns, but that isn't stopping the company from finding loopholes to continue offering the weapons. Company owner Cody Wilson has started selling the plans to US customers through his website on his belief that the ban only rules out publishing the plans online, not selling them directly. Those who purchase the plans can receive them by email, secure file transfers or even USB thumb drives shipped by mail.

Not surprisingly, that isn't how officials interpret the ruling. Washington state Attorney General and lawsuit overseer Bob Ferguson believed the ruling still made sales illegal, and hoped the federal government would hold Wilson "accountable to that law." Wilson said he was expecting state lawsuits and was raising funds to defend himself against them.

The question is whether or not Wilson is violating the spirit of the law, not just its letter. Both the recent ban and the 2013 restriction stemmed from concerns about distributing 3D-printed gun technology that's both "untraceable and undetectable," as Judge Robert Lasnik put it. That potential security risk doesn't change with the distribution method, and proponents of the ban will likely argue that an emailed copy is just as risky as publishing the info on a public website.

Source: AP News
In this article: 3dprinting, defensedistributed, firearms, gadgetry, gadgets, gear, gun, guns, law, politics, weapon, weapons
All products recommended by Engadget are selected by our editorial team, independent of our parent company. Some of our stories include affiliate links. If you buy something through one of these links, we may earn an affiliate commission.