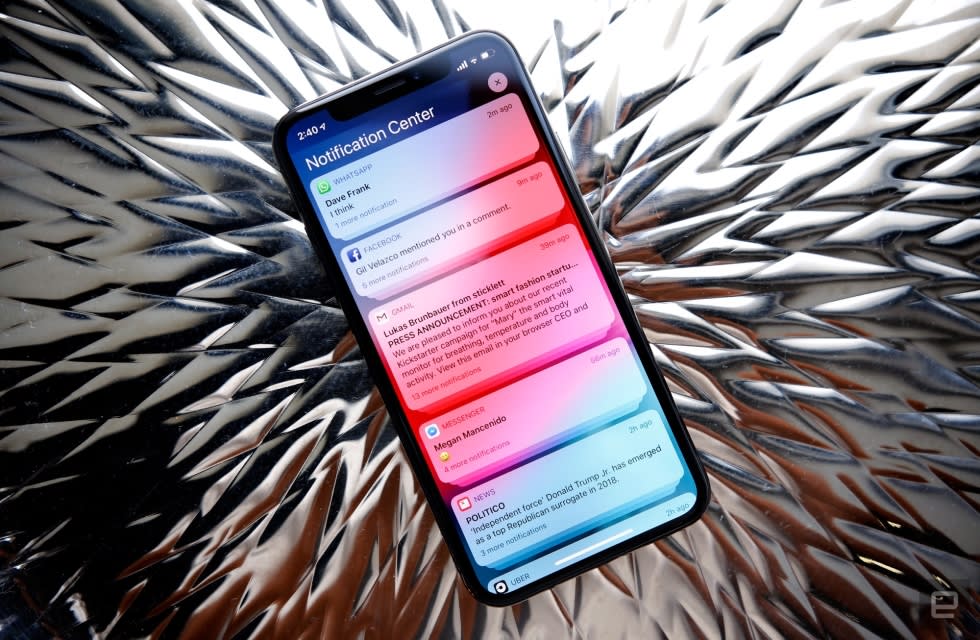 If you've been waiting with breathless anticipation for Apple to drop the latest version of iOS, your time is now. The company just released iOS 12, though like any iOS update, Apple's servers are currently slammed so it might be awhile before you're able to download and install it.

iOS 12 has quite a few new features packed under its hood. The new version focuses on digital wellness, with the goal of helping reduce screen time in the name of health. Apple also promises it will make Photo search and sharing easier and allow you to chat with multiple people via FaceTime (though this feature won't be available at launch), not to mention the inclusion of Memoji, more helpful Siri suggestions and more.

But it's not just features that Apple is focusing on. The company promises that iOS 12 will actually help your older devices run better. Apple claims that apps may launch up to twice as fast and it will take the keyboard half as long to appear on older devices.

If you're eager to download iOS 12 and see the improvements for yourself, you can do so through the Settings app on your iOS device (assuming the servers aren't too overwhelmed). Just make sure you back it up first. And of course, iOS 12 will be ready for the new iPhones that will drop this Friday.

In this article: apple, gear, ios12, ipad, iphone, mobile
All products recommended by Engadget are selected by our editorial team, independent of our parent company. Some of our stories include affiliate links. If you buy something through one of these links, we may earn an affiliate commission.