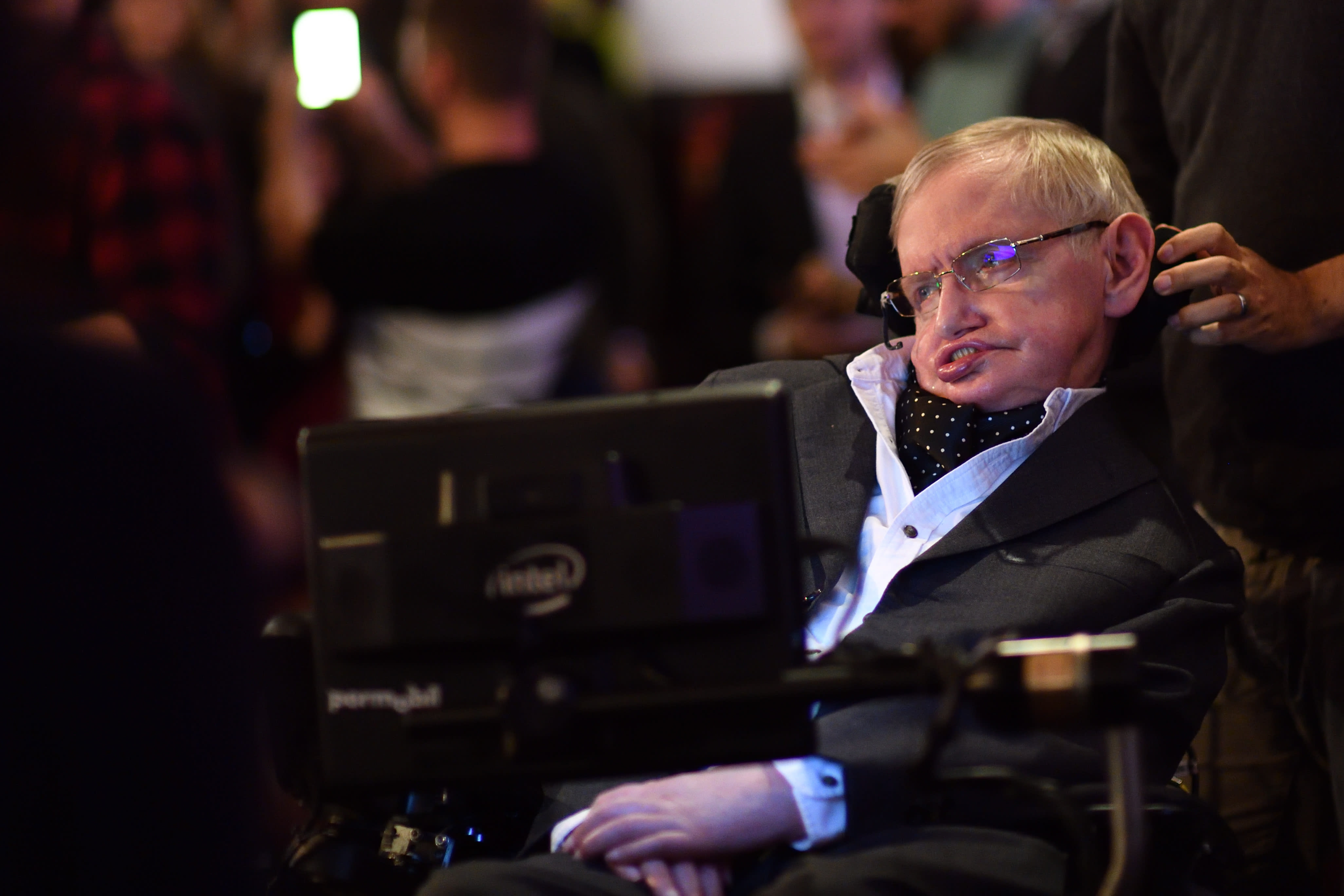 Stephen Hawking never stopped trying to unravel the mysteries surrounding black holes -- in fact, he was still working to solve one of them shortly before his death. Now, his last research paper on the subject is finally available online through pre-publication website ArXiV, thanks to his co-authors from Cambridge and Harvard. It's entitled Black Hole Entropy and Soft Hair, and it tackles the black hole paradox. According to Hawking's co-author Malcolm Perry, the paradox "is perhaps the most puzzling problem in fundamental theoretical physics today" and was the center of the late physicist's life for decades.

The information paradox arose from Hawking's theoretical argument back in the 1970s that black holes have a temperature. As such, they're bound to evaporate over time until there's nothing left, releasing energy now called the "Hawking Radiation." See, it's believed that when an object enters a black hole, its information gets preserved on its surface forever even if it vanishes from sight. If a black hole evaporates, though, then so will that information. That creates a paradox, because according to the rules of quantum physics, information can never be destroyed.

The new paper shows how that information can be preserved by photons called "soft hair" surrounding the edge of black hole, which you might know as the event horizon. According to Hawking, Perry, Andrew Strominger and Sasha Haco, a black hole's temperature changes when you throw an object (say, a planet's atoms) into it. The hotter it gets, the more its entropy (its internal disorder) rises. That entropy is what's preserved in a black hole's soft hair.

Perry said he called Hawking a few days before he passed away to discuss their work. "It was very difficult for Stephen to communicate and I was put on a loudspeaker to explain where we had got to. When I explained it, he simply produced an enormous smile. I told him we'd got somewhere. He knew the final result," he told The Guardian. The scientists admit that there's a lot of work to be done, though: "It's a step on the way, but it is definitely not the entire answer," Perry said. "We have slightly fewer puzzles than we had before, but there are definitely some perplexing issues left."

You can read the paper in full in its pre-published state. Earlier this year, Hawking's last paper on the multiverse theory was also published in the Journal of High Energy Physics, in case that's more up your alley.

Via: TechCrunch
Source: Cornell University Library, The Guardian
In this article: blackhole, paper, scienc, space, stephenhawking, tomorrow
All products recommended by Engadget are selected by our editorial team, independent of our parent company. Some of our stories include affiliate links. If you buy something through one of these links, we may earn an affiliate commission.