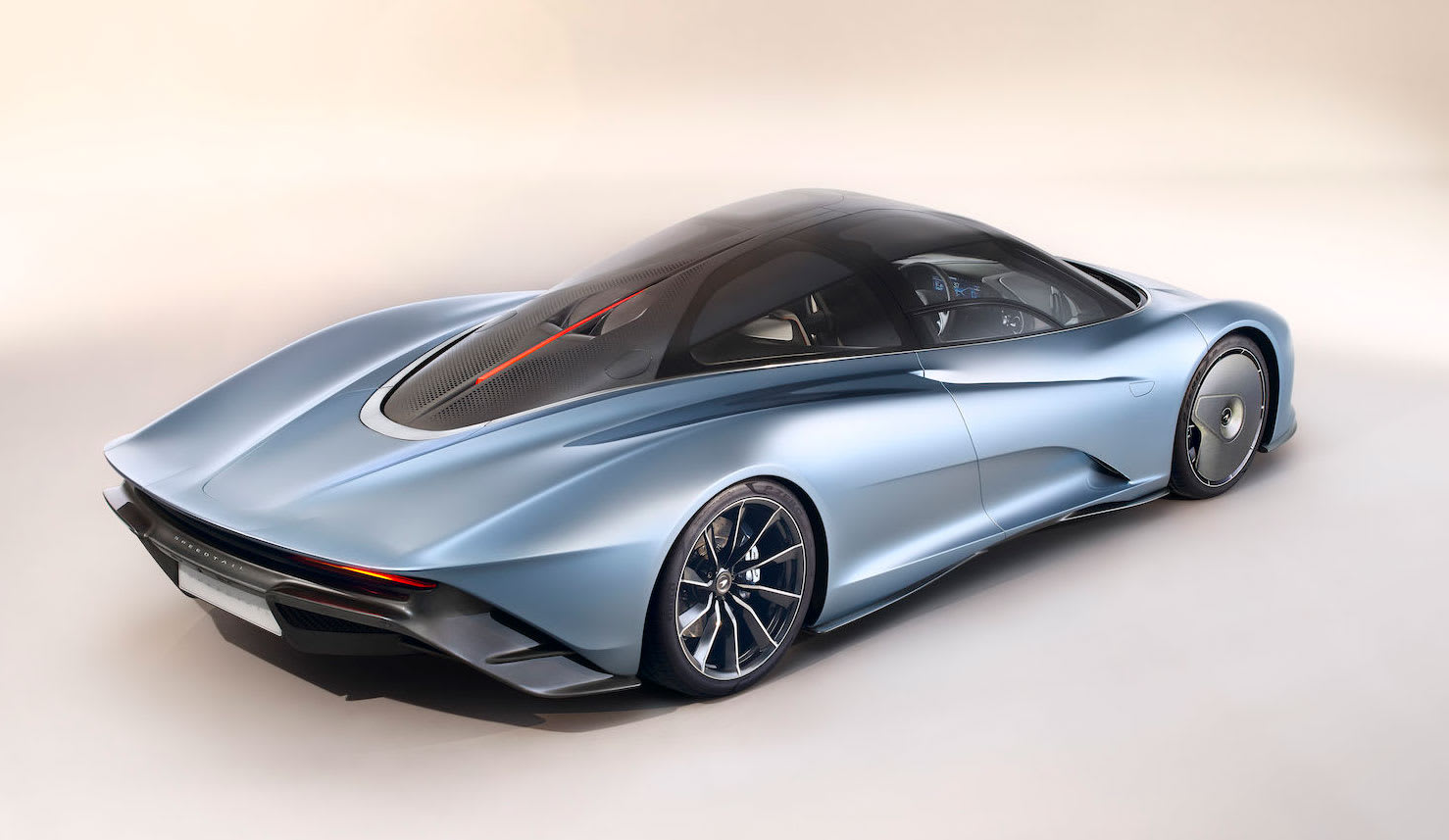 McLaren has now unveiled what it's calling "the ultimate McLaren road car" -- a hybrid that's aerodynamic, super fast and full of features that will most certainly make your car seem wholly inadequate. The McLaren Speedtail can reach speeds of 250MPH and it can reportedly accelerate from 0 to 186MPH in just 12.8 seconds. That's nearly four seconds faster than the McLaren P1. Every inch of the vehicle is also designed with speed and aerodynamics in mind.

As with the McLaren F1, Speedtail drivers sit in the center of the car and two passenger seats are positioned on either side of and slightly behind them. High-definition touchscreens sit across the dashboard and controls for starting the engine, turning on the Active Dynamics Panel and engaging Velocity mode are included in panels above the driver's head. Additionally, McLaren has gotten rid of the need for sun visors, as the top of the windscreen is made of electrochromic glass and can be darkened at the touch of a button. The windscreen also curves upwards to become part of the roof, and the porthole, upper section of the doors and rear-quarterlights can be turned opaque whenever the driver wants. 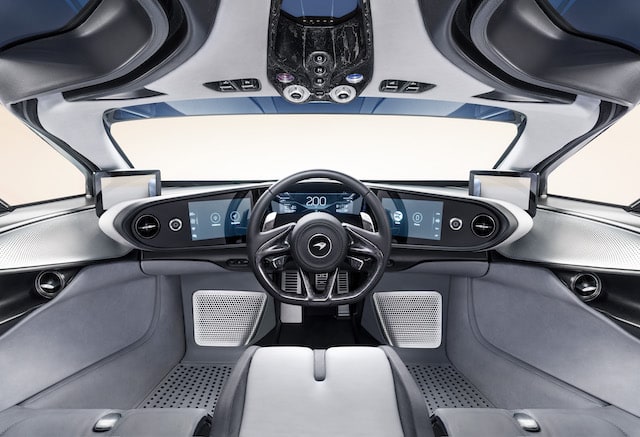 The interior design also offers drivers a lot of areas for customization and each Speedtail owner will be able to snag a set of bespoke luggage that can be designed to match the personalized interior of their car.

Outside of the car, McLaren has replaced side mirrors with high-definition digital cameras, which glide out once the car is started. They're smaller than typical side mirrors, meaning they create less drag, and they also provide a wider view, which is fed to screens set in the dashboard. To reach those top speeds, Speedtail drivers just need to activate Velocity mode, which will optimize the 1035-horsepower hybrid powertrain for high-speed running, tailor the angle of the active rear ailerons and pull the side cameras in. Further, drivers can use Velocity Active Chassis Control to lower the car by 1.4 inches.

"McLaren has never built a vehicle like the Speedtail before," McLaren Automotive CEO Mike Flewitt said in a statement. "As our first 'Hyper-GT,' the Speedtail is the ultimate McLaren road car; a fusion of art and science that combines an astonishing maximum speed with an iconic central-driving position and a truly pioneering approach to bespoke personalization."

If you want to snag a Speedtail for yourself, you're out of luck. McLaren is only making 106 of them, and they're all already spoken for. They also cost £1.75 million (~$2.25 million), putting it out of most people's price range. McLaren expects to start delivering the vehicles at the beginning of 2020.

Source: McLaren
In this article: gear, hybrid, mclaren, MclarenF1, mclarenp1, mclarenspeedtail, transportation, video
All products recommended by Engadget are selected by our editorial team, independent of our parent company. Some of our stories include affiliate links. If you buy something through one of these links, we may earn an affiliate commission.