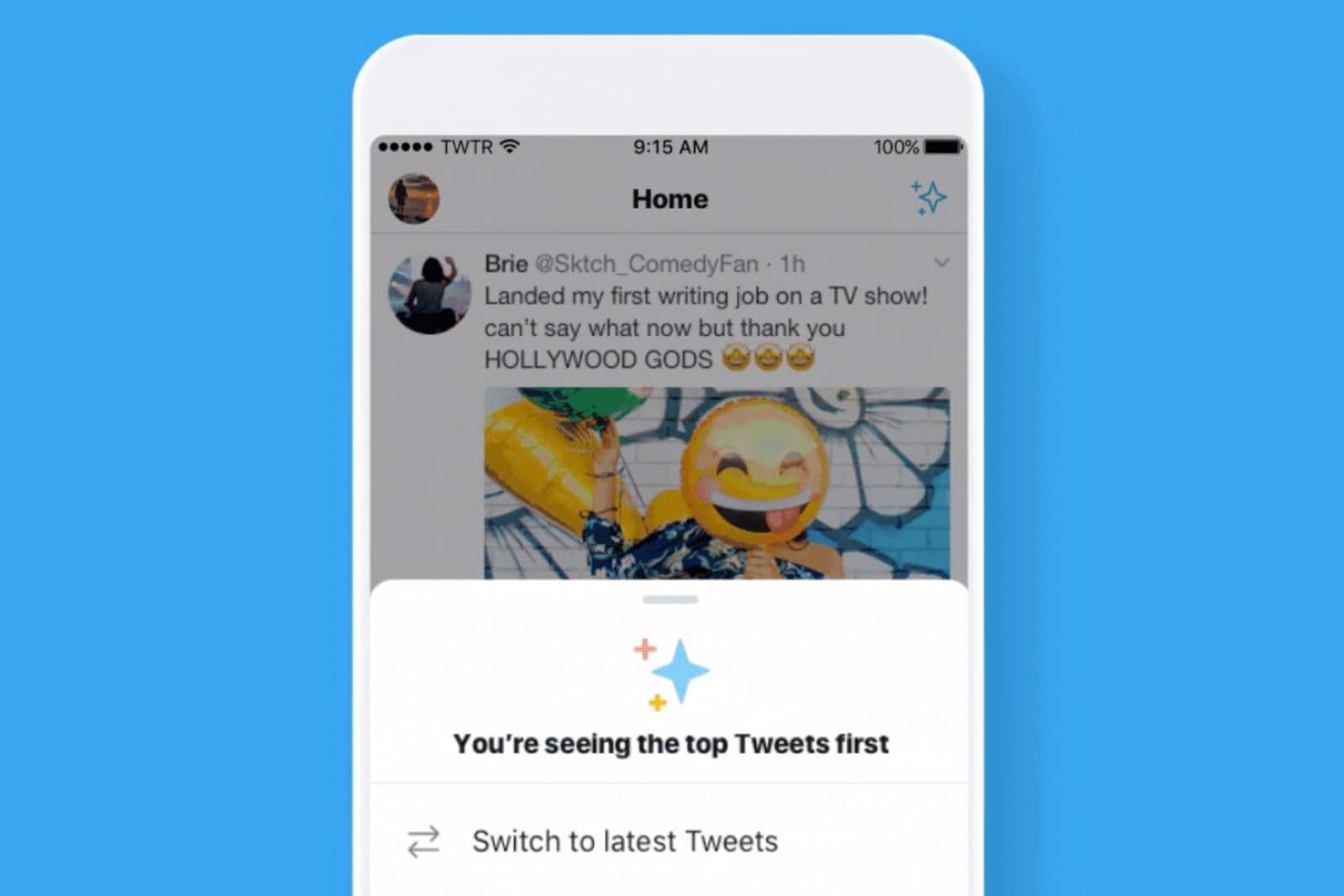 Twitter did start to restore some sense to timelines by letting you disable its "best tweets first" option, but it's buried in the settings. What if you just wanted to flick it on and off? You might just get that chance. Twitter is testing a toggle right in the title bar that switches you between the latest tweets and top tweets with a couple of taps. You could quickly view the highlights if you think there's a tweet you missed, and revert to the chronological order to view posts the way they were meant to be seen.

The test is available to a "small number" of iOS app users right now. It's not certain how likely this is to expand, although product lead Kayvon Beykpour noted that feedback was "welcome." Something tells us Twitter could get an earful -- many people count on chronological timelines to follow breaking events or otherwise keep up with their friends. For them, the algorithmic approach merely gets in the way and drives them to use alternative apps.

Sometimes you want to see the latest Tweets, first. We're testing a way for you to make it easier to switch your timeline between the latest and top Tweets. Starting today, a small number of you will see this test on iOS. pic.twitter.com/7NHLDUjrIv

Via: Kayvon Beykpour (Twitter)
Source: Twitter
In this article: gear, internet, ios, ipad, iphone, mobile, socialnetwork, socialnetworking, twitter
All products recommended by Engadget are selected by our editorial team, independent of our parent company. Some of our stories include affiliate links. If you buy something through one of these links, we may earn an affiliate commission.