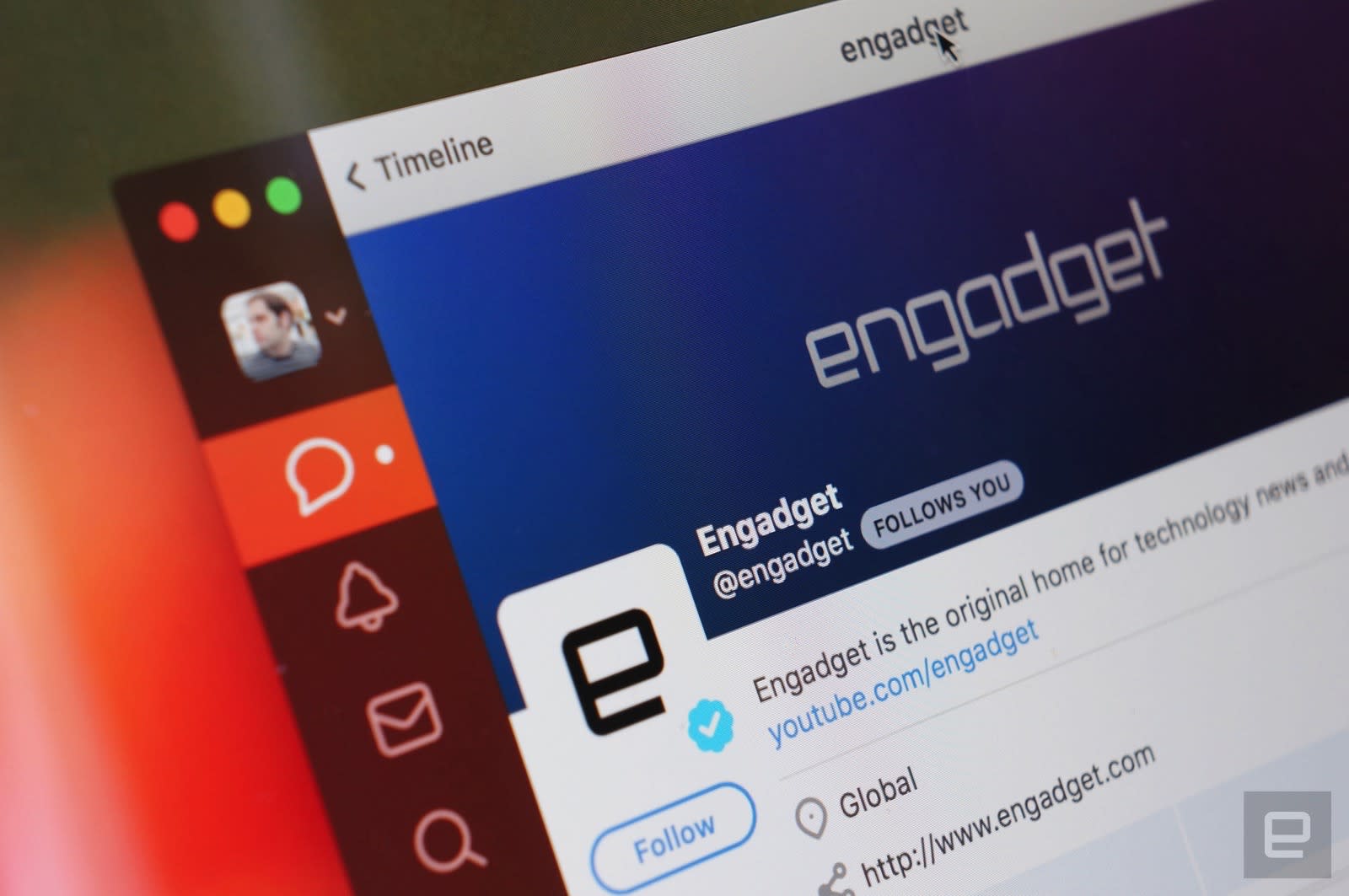 Twitter hasn't exactly been kind to Mac users, dropping its main app and leaving TweetDeck to languish, but that doesn't mean you're without modern options. Tapbots has released Tweetbot 3 for Mac with several improvements that both keep up with Twitter's latest developments and providing a decided advantage over the web version. You now have advanced filters your timeline (say, including a vital topic or excluding an annoying trend), and videos will auto-play when previews are turned on, much as they are with Twitter itself.

The core interface has also been given a makeover. Similar to Twitter's own clients, your notifications feed now includes both mentions and activity like follows and retweets. A new sidebar (which you can collapse) lets you jump directly to a list, saved search or direct message thread. And if you use Tweetbot like a Tweetdeck replacement with multiple columns, it should be easier to manage those columns.

The app is available for $10 through the Mac App Store, including for existing users. That may sound like quite the expense, but Tweetbot (along with Twitterrific) is frequently considered one of the better Twitter clients on any platform, and considerably more powerful than Twitter's existing Mac options. If you treat Twitter as a vital communication tool, it might be worth the expense.

And in case you're wondering: no, Twitter's since-delayed developer changes don't signal doom for Tweetbot. If they kick in (there's no guarantee they will), they would mainly prevent Tweetbot from displaying notifications for certain activities, including likes an mentions. That's annoying, but not fatal. Notifications for direct messages and follows would be delayed by "1-2 minutes," the company added. You'll still have a viable alternative if Twitter continues to discourage third-party developers -- it just won't be quite as viable as it is today.

In this article: gear, internet, personal computing, personalcomputing, socialnetwork, socialnetworking, tapbots, tweetbot, tweetbot3, tweetbotformac, twitter
All products recommended by Engadget are selected by our editorial team, independent of our parent company. Some of our stories include affiliate links. If you buy something through one of these links, we may earn an affiliate commission.