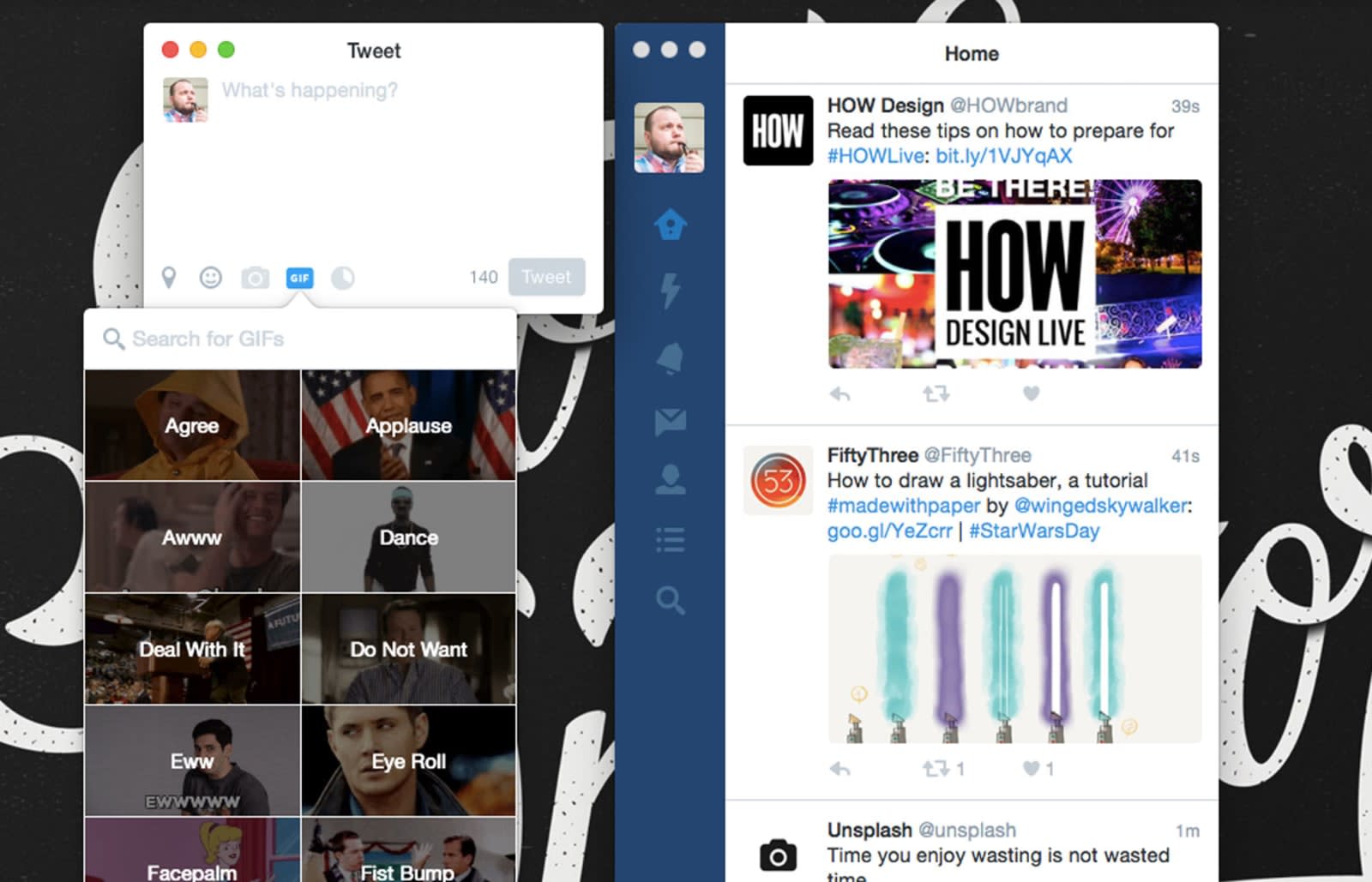 We had high hopes about Twitter for Mac after the company acquired Tweetie and put its name on the desktop app, but now Twitter is shutting it off. This evening its Support account revealed that its app has been pulled from the Mac store, and in 30 days "will no longer be supported." Twitter said that it's "focusing our efforts on a great Twitter experience that's consistent across platforms" so users will have to use the website, Tweetdeck or third-party apps.

It's not really surprising either -- back in 2015 we predicted that a 2018 update might bring already-behind the curve features like timeline syncing, but it was not to be. Most hardcore users are probably opting for other apps that have survived over the years like Tweetbot or Twitterific, so this news is more of a sad closing note to the app's development than a major loss.

In this article: app, apple, entertainment, mac, personal computing, personalcomputing, tweetie, twitter
All products recommended by Engadget are selected by our editorial team, independent of our parent company. Some of our stories include affiliate links. If you buy something through one of these links, we may earn an affiliate commission.