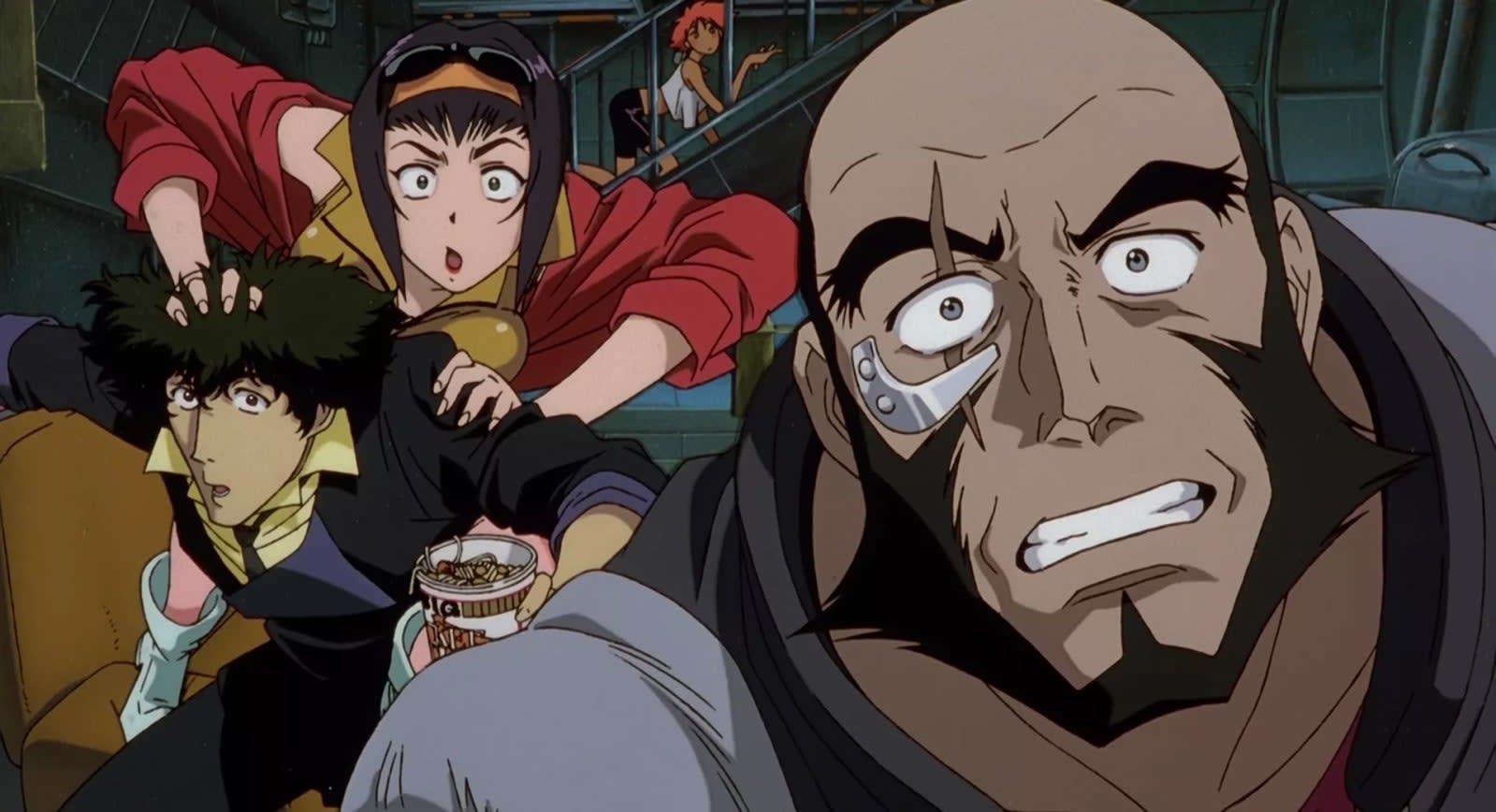 Continuing on an apparent quest to secure the loyalty of classic anime fans, Netflix is following up yesterday's Evangelion news by acquiring a new version of Cowboy Bebop. This time it's doing the noir-ish bounty hunter series set in space as a live action TV show, and has commissioned 10 episodes that will be co-produced with Tomorrow Studios. We don't know a lot about the show yet, but the director of the anime series, Shinichiro Watanabe is listed as a consultant.

The original anime series ran for 26 episodes, with a movie that arrived later. Netflix has tried its hand at live-action anime adaptations before, with Death Note, and we'd hope that experience leads to a better result with efforts like this one and its Avatar: The Last Airbender series.

Marty Adelstein, the CEO of Tomorrow Studios is listed as an executive producer, and is also working on TV series versions of Snowpiercer and Hannah. It had announced development of the show back in June, and as the company said then, Chris Yost (Thor: The Dark World, Thor: Ragnarok and Max Steel) will write the first episode, and Javier Grillo-Marxuach (Lost, Helix) has confirmed he's writing for it as well.

Guess it's time to announce that Cowboy Bebop, the live-action series, is heading to @Netflix. pic.twitter.com/bKe0d8EKoH

Source: Netflix
Coverage: Variety, The Hollywood Reporter
In this article: adaptation, anime, av, CowboyBebop, entertainment, ITV, netflix, services, TomorrowStudios
All products recommended by Engadget are selected by our editorial team, independent of our parent company. Some of our stories include affiliate links. If you buy something through one of these links, we may earn an affiliate commission.