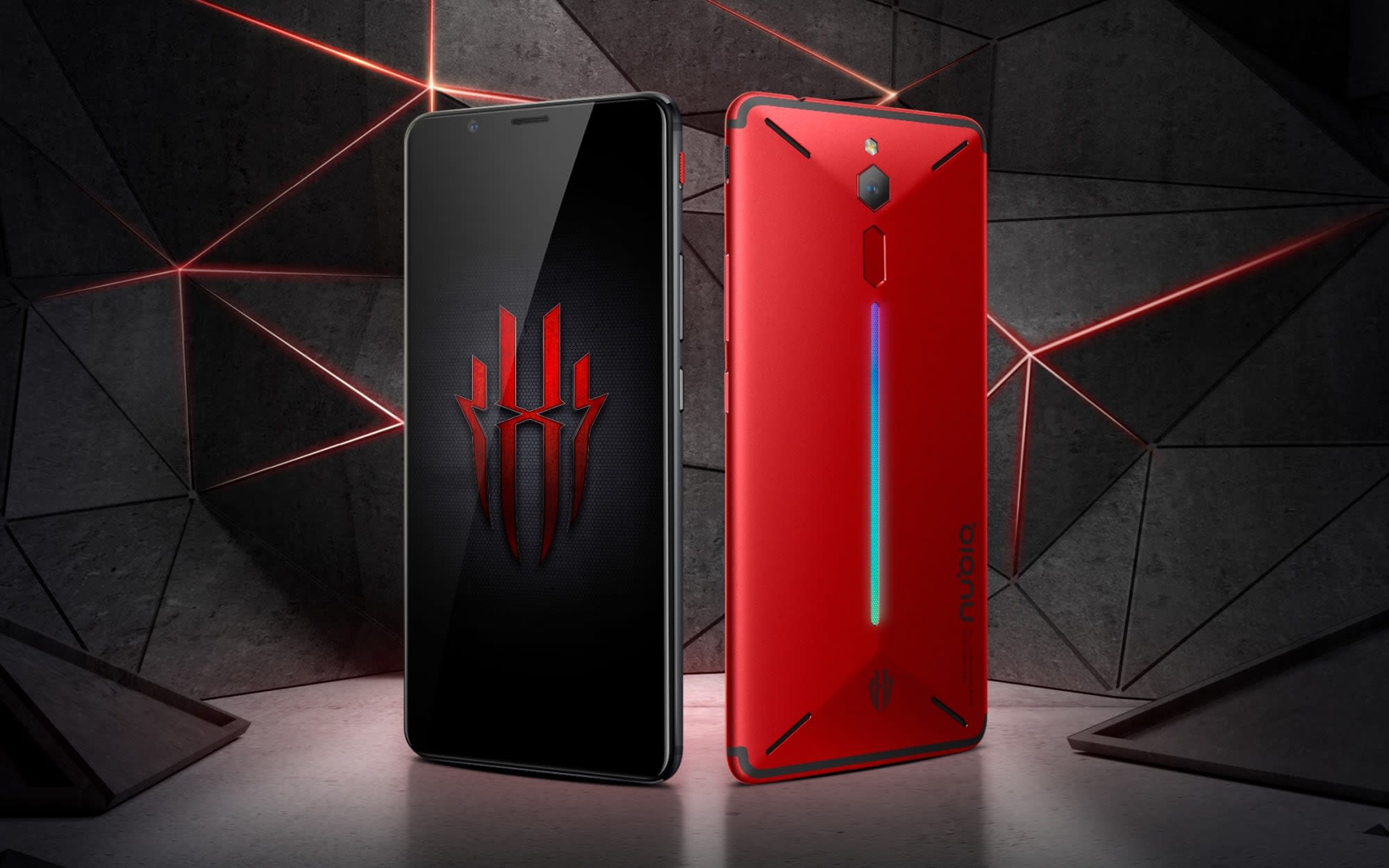 Mobile gaming has come a long way from Candy Crush, with more graphically intense games and esports coming to smartphones in recent years. Chinese manufacturer Nubia is looking to service the gamer-on-the-go with its Red Magic Mars smartphone, a device packed with a powerful Snapdragon 845 processor and up to 10GB of RAM. In addition to the latest mobile processor from Qualcomm -- an upgrade from the Snapdragon 835 that was running in the predecessor Red Magic smartphone released in April -- the device also comes equipped with features for extended gaming sessions. It features a vapor cooling system to keep the phone from overheating, a motor-based rumble system and RGB light strip that reacts to in-game action.

Capacitive shoulder buttons on the device provide additional controls, but you can also tack on a joystick attachment to either end of the phone to move away from some of the less precise touch-based controls on the 6-inch 2160x1080 LCD screen. There are stereo speakers built into the phone, as well a voice changer that some streamers apparently like to use. A 3,800mAh battery should keep gamers going through a good chunk of the day.

Source: Engadget China
In this article: esports, gadgetry, gadgets, gaming, GamingPhone, gear, mobile, Nubia, redmagicmars, smartphone
All products recommended by Engadget are selected by our editorial team, independent of our parent company. Some of our stories include affiliate links. If you buy something through one of these links, we may earn an affiliate commission.