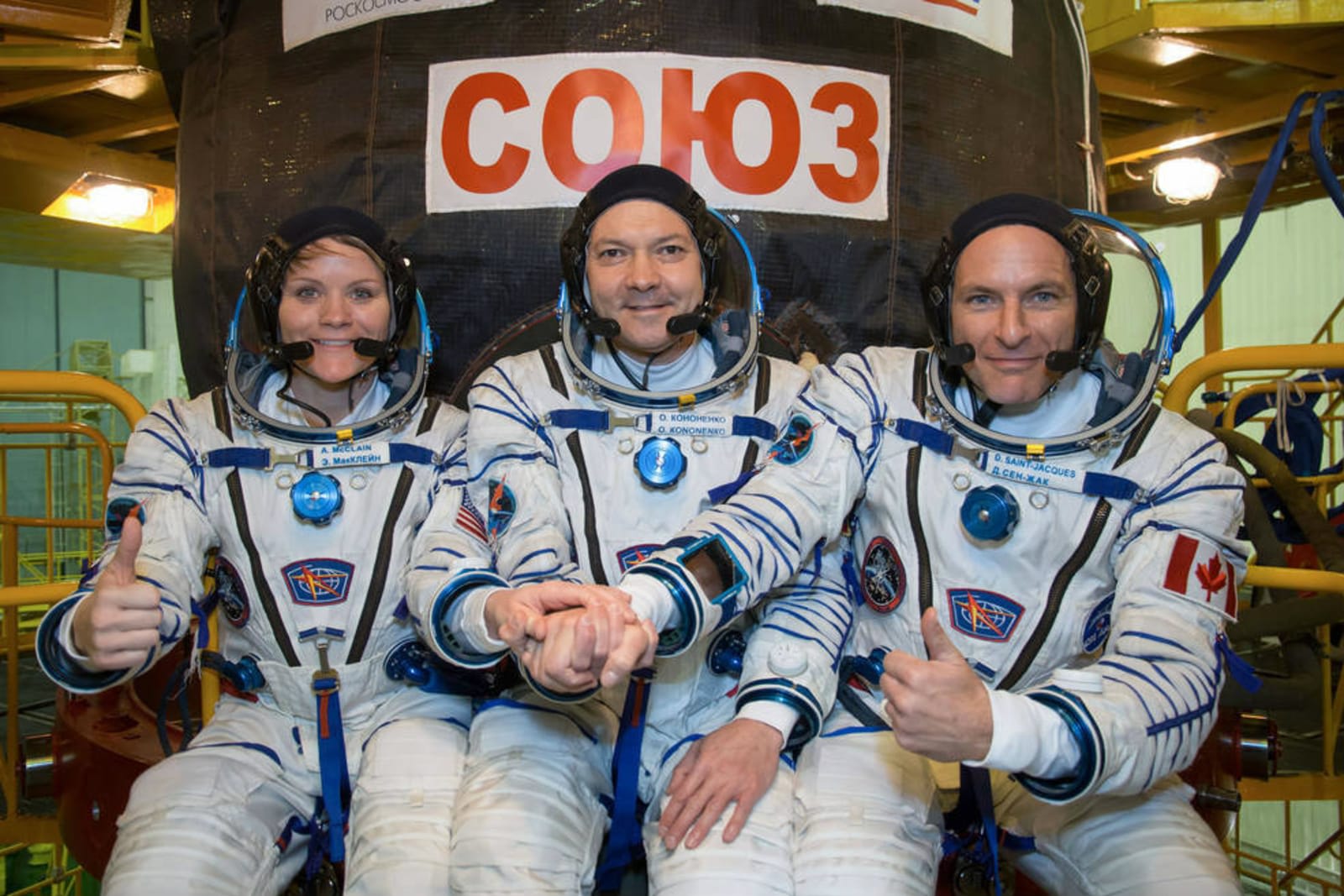 Three astronauts are blasting off to the International Space Station this morning aboard the Soyuz MS-11 -- the first time people will travel on the rocket since it fell apart on October 11 with NASA's Nick Hague and cosmonaut Alexey Ovchinin aboard. Fortunately, the two weren't hurt when they were forced to exit the malfunctioning rocket just two-and-a-half minutes after takeoff. Until then, the craft had a 100 percent success rate, so all eyes will be on this launch.

According to NASA's findings, the failure was caused by a bent separation contact sensor pin, damaged during the assembly of the strap-on boosters, preventing a nozzle lid from opening and separating one of the boosters. That led to it hitting the core stage and triggering the decompression that sent the rocket out of control.

The Soyuz has launched successfully four times since the accident. But only one of those launches was in the same version of the rocket that failed on October 11: known as the Soyuz FG. That launch by Russia's Rocosmos space agency put its "Progress" cargo capsule into orbit. It was hailed as a sign that the Soyuz was once again fit to carry astronauts to space, bringing us to today's launch.

NASA will livestream the proceedings starting at 5.30AM ET, with the launch set to take place from the Baikonur Cosmodrome in Kazakhstan an hour later. Astronauts Anne McClain of NASA, David Saint-Jacques of the Canadian Space Agency, and Oleg Kononenkoof of Roscosmos will be the Soyuz's crew this time round.

The trio's six-hour journey will take in four orbits of the Earth before they dock the rocket to the ISS' Poisk module at 12.35PM. Just under two hours will pass until the crew gets to board the station, where the current crew (Expedition 57) will greet them. Kononenko, McClain and Saint-Jacques will then become the Expedition 58 crew when the ISS' current inhabitants depart for Earth on December 20th.

Via: The Verge
Source: NASA
In this article: gear, InternationalSpaceStation, iss, nasa, soyuz, soyuz-fg, space
All products recommended by Engadget are selected by our editorial team, independent of our parent company. Some of our stories include affiliate links. If you buy something through one of these links, we may earn an affiliate commission.