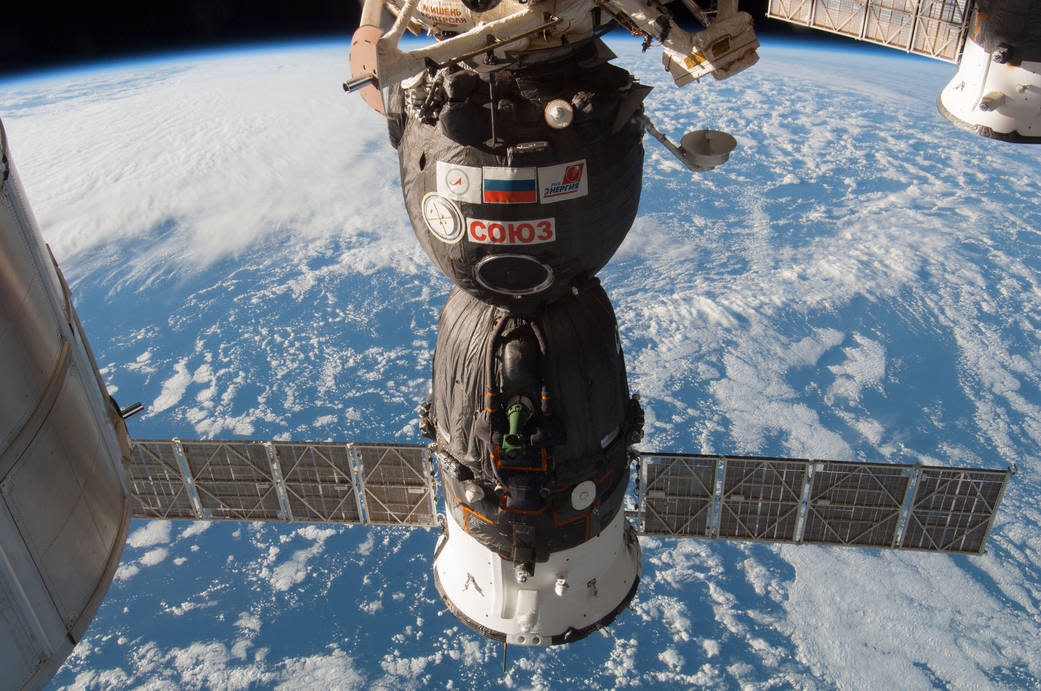 Astronauts Nick Hague of NASA and cosmonaut Alexey Ovchinin are reportedly safe after making an emergency landing following the failure of their Soyuz spacecraft booster. After what looked like a routine launch, the crew were on their way to the international space station (ISS) when the booster, one of four around a central rocket, malfunctioned. NASA reported that the crew was forced to make a "ballistic descent," at a rapid speed with higher-than-normal g-forces.

Shortly after the news of the descent, the capsule was sited under parachute in Kazhakstan, according to Gerry Doyle from Reuters. It touched down soon after, and the crew has made contact with ground rescue teams. Rescues crews are en route and should arrive to the Kazakhstan landing site at about 6:30 AM ET.

"I just rode a malfunctioning booster for a few minutes and had to abort," said one of the astronauts. NASA has confirmed that Hague and Ovchinin are in contact with rescue crews, and that they're in good condition, though no doubt a little shook up. Roskosmos general director Dmitry Rogozin put it more succinctly: "The crew has landed. Everyone is alive," he said.

NASA confirmed the incident was caused by "an anomaly with the booster," which caused the ascent to be aborted. The agency also confirmed that Hague and Ovchinin are in "good condition" and were transported to a training center outside of Moscow. A full investigation is the works, so more information should be available in the weeks to come.

"I just rode a malfunctioning booster for a few minutes and had to abort" probably stretches the definition of "fine," but it's great news they are healthy and safe: pic.twitter.com/TIFQoQncg6

"The Soyuz MS-10 spacecraft launched from the Baikonur Cosmodrome in Kazakhstan to the International Space Station at 4:40 a.m. EDT Thursday, Oct. 11 (2:40 p.m. in Baikonur) carrying American astronaut Nick Hague and Russian cosmonaut Alexey Ovchinin. Shortly after launch, there was an anomaly with the booster and the launch ascent was aborted, resulting in a ballistic landing of the spacecraft.

"Search and rescue teams were deployed to the landing site. Hague and Ovchinin are out of the capsule and are reported to be in good condition. They will be transported to the Gagarin Cosmonaut Training Center in Star City, Russia outside of Moscow.

"NASA Administrator Jim Bridenstine and the NASA team are monitoring the situation carefully. NASA is working closely with Roscosmos to ensure the safe return of the crew. Safety of the crew is the utmost priority for NASA. A thorough investigation into the cause of the incident will be conducted."