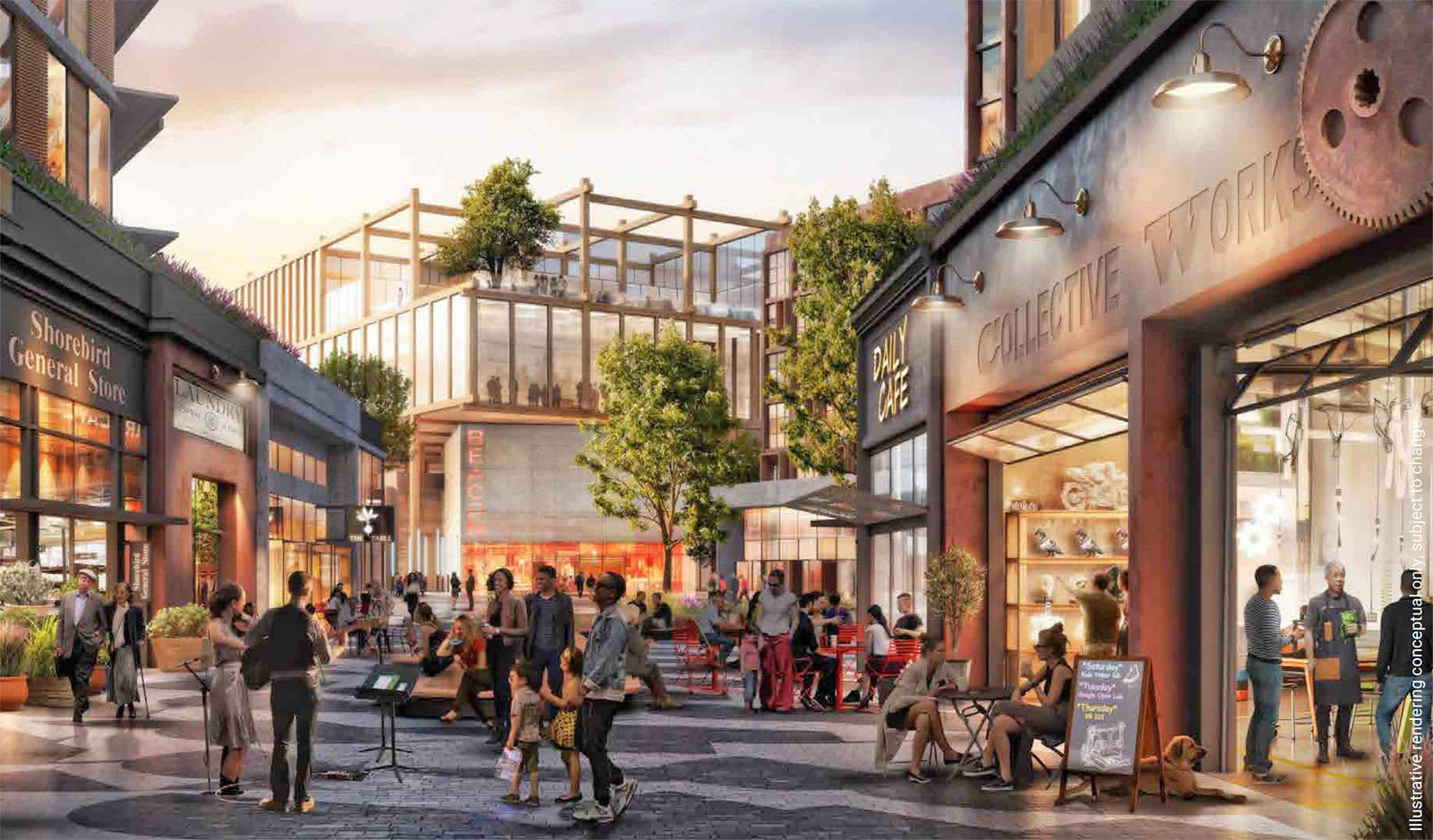 Google is still tweaking its Mountain View expansion plans, and the public just got a clearer glimpse of what those changes could entail. The city has published a Google development proposal for the North Bayshore area that would at least partially address the San Francisco Bay Area's housing problems. The 3.12 million square foot project would include up to 8,000 new residential units, 6,600 of which would sit on Google's own land. About 20 percent of those would be marked as affordable housing, including rental units that could be affordable for individuals making $44,000 per year.

The initiative would also include a mix of space beyond Google's own office needs. About 32 percent of the area would be open space that includes parks, while there would be up to 400,000 square feet of communal retail space (such as the "Social Spine" you see above). In a statement to CNBC, Google's Michael Tymoff said the company was aiming for "Complete Neighborhoods" that both put more of an emphasis on homes and focus on "people over cars."

Whether or not the proposal goes forward depends on local officials, who'll discuss Google's application in early 2019. It may come down to whether or not the company is doing enough to address housing access. As with much of the San Francisco Bay Area, Mountain View's apartment and house costs are astronomically high. It's not uncommon for the less affluent workers to commute very long distances, while tech workers still tend to deal with lengthy bus rides. More homes and an emphasis on lower rental costs would help, but there's no guarantee that Google's ideas will solve local problems in the long term.

Via: CNBC
Source: City of Mountain View
In this article: alphabet, business, gear, google, headquarters, housing, mountainview
All products recommended by Engadget are selected by our editorial team, independent of our parent company. Some of our stories include affiliate links. If you buy something through one of these links, we may earn an affiliate commission.