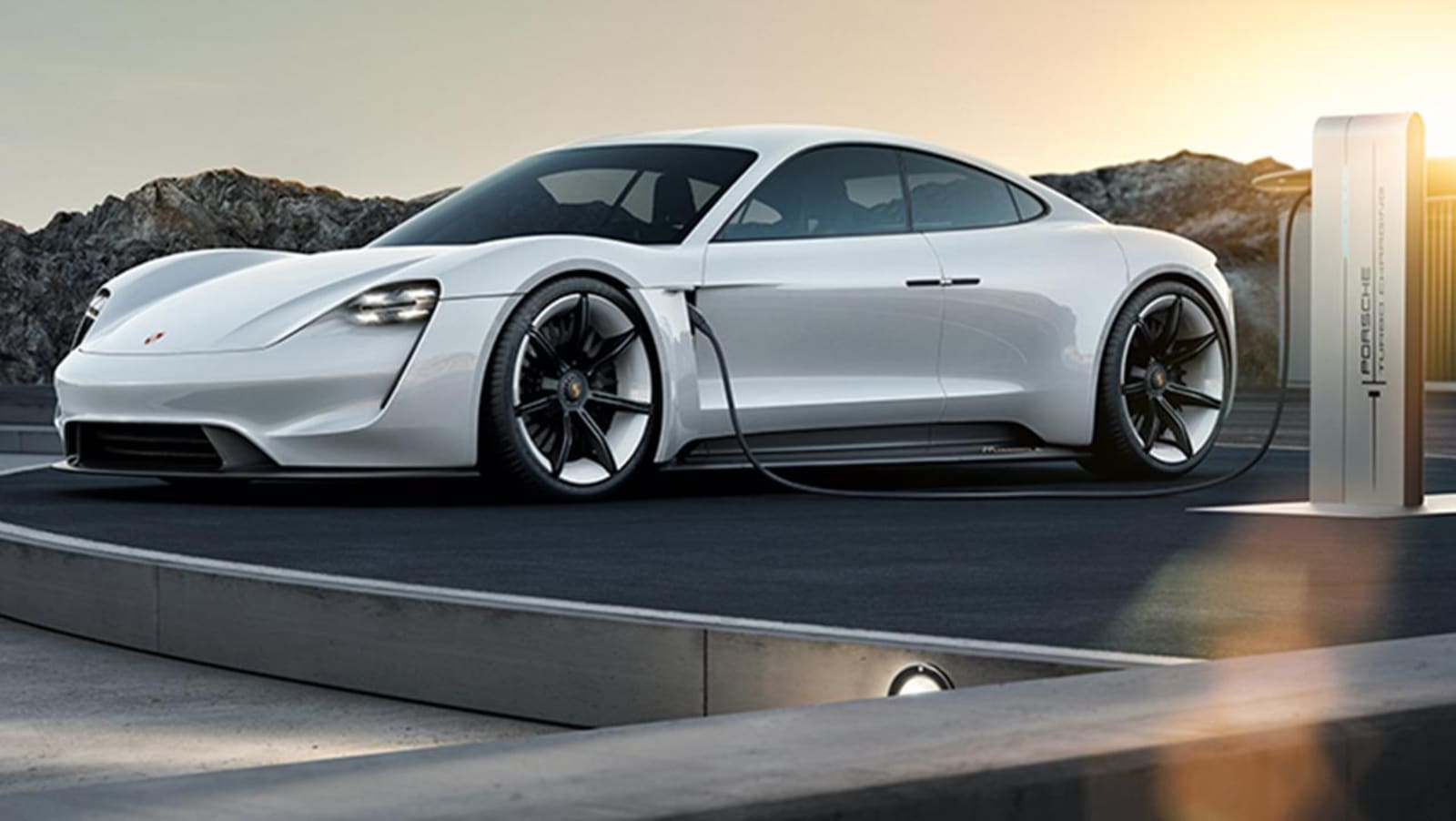 Porsche's Taycan will apparently come in three variants -- and the top-of-the-line model will set you back as much as $130,000. The automaker opened a deposit option program for its first all-electric vehicle, formerly known as Mission E, in mid-2018. After The Drive editor-at-large Alex Roy signed up to place a deposit, a local brand ambassador told him in an email that Porsche will build three models, namely a base Taycan, a four-wheel drive model called the Taycan 4s and its most premium one called the Taycan Turbo.

It appears the performance version of the Porsche Taycan EV will be branded "Turbo".

Because ICE nomenclature is how one converts customers to EV.

The term "turbo" is commonly associated with internal combustion engines -- you know, the kind of engines that burn gasoline. It's a curious choice, since Taycan is supposed to be an all-electric car. As Roy noted, though, the automaker uses "Turbo" for its most expensive options, and that's exactly what the Taycan Turbo is for this lineup. At $130,000, it will cost around $40,000 more than the other two models: the base Taycan will apparently be priced in the low $90,000s, while the 4s will have a price tag in the upper $90,000s. That puts their pricing in the same range as Tesla's more expensive Model S and X options, which doesn't come as a surprise since they're supposed to be a direct competitor to those vehicles.

Via: TechCrunch
Source: Alex Roy (Twitter), The Drive
Coverage: Autoblog
In this article: electricvehicle, ev, gear, green, MissionE, porsche, taycan, transportation
All products recommended by Engadget are selected by our editorial team, independent of our parent company. Some of our stories include affiliate links. If you buy something through one of these links, we may earn an affiliate commission.