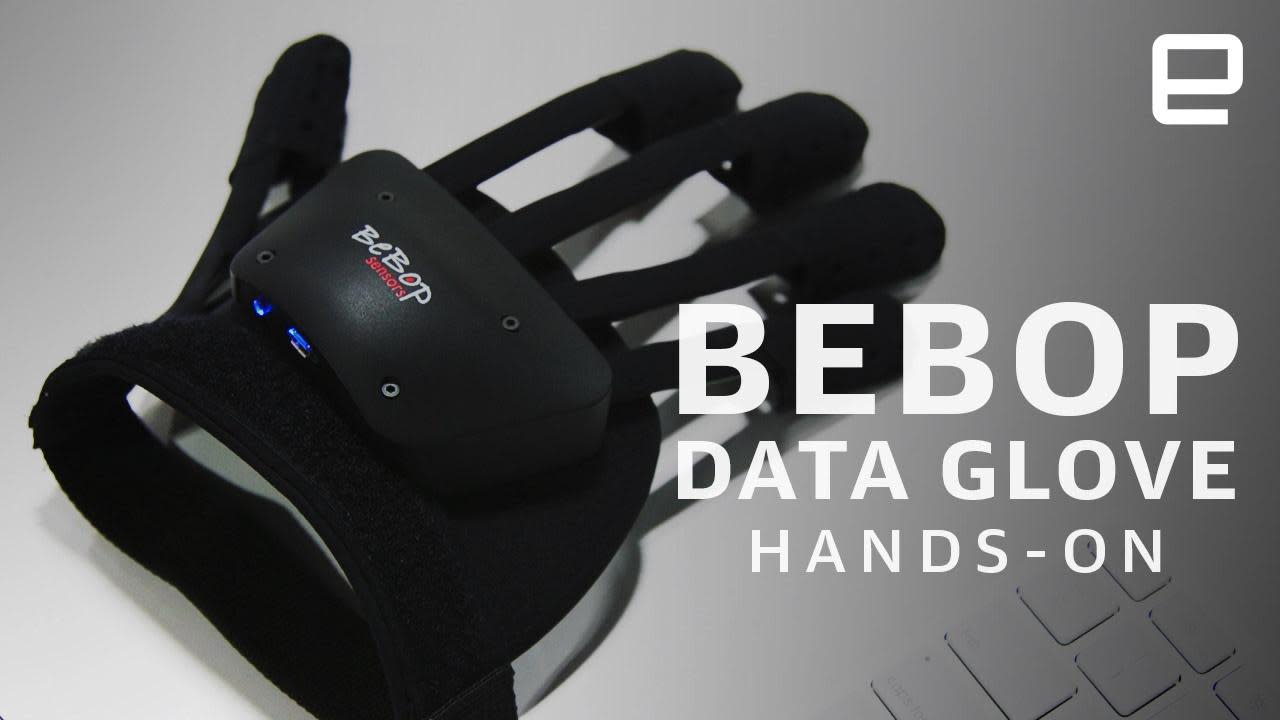 We're getting closer to the day where the virtual and real worlds merge.

How do you breach the divide between reality and the digital world without going full Lawnmower Man? (you never go Full Lawnmower Man). Bebop has been trying for a while, with its smart fabric that can measure pressure and bend to create digital gloves. This year, the outfit is back at CES with an updated version of the glove, and it felt time to give it another try to see what's improved.

If you're unfamiliar, Bebop is a spinoff of Keith McMillen Instruments, which makes MIDI controllers and interesting tweaks on musical instruments. The company has harnessed McMillen's technology, which electrochemically dopes cloth that can then be used as a bend sensor. From there, you can deform the fabric and measure the pressure, which can be understood by a computer.

That's a fancy way of saying that, were you to build a glove out of this thing, like Bebop has, you can use it to interact with the virtual world. The new model comes with improved haptics, including a small motor in each of the fingertips and one sat in the control module on the back of the hand. The black plastic housing also contains sensors that can be used to measure the movement in three dimensional space.

The company has a variety of new demos on show here at CES, including a new zombie wave shooter that you control with the glove. The accuracy is pretty good, although there's the customary judder you find with any sort of early-stage 3D-motion hardware. Certainly, a few refinements and you could easily imagine playing Beat Saber with this thing for hours at a time, and the glove certainly feels natural.

Haptics in the fingertips, too, mean that you can feel the weight and heft of the things you're meant to be holding. While watering plants in one of the more anodyne demos, you were able to get a sense of the water rushing out of the can and onto the ground. It's not perfect, but it's certainly a lot better than simply using your average VR paddle.

The other big demo was to play an on-screen keyboard, and I'm more in love with the potential of the technology than its application. The software was a little janky, and you had to hold your hands over a range of keys to play them, but you couldn't always hit two notes together. Latency isn't an issue, thankfully, and the company says that you can get it down as low as 6ms over a wired connection. Then again, what could be more useful is if the gloves could be harnessed as a cheaper, mass-production form of Imogen Heap's Mi.Mu gloves.

Unfortunately, Bebop isn't ready to sell anyone this technology as it's hoping to make friends with a hardware company. That means that there's no word on how much it will eventually cost and what products it will work with. But things look good for a future in which we can abandon awkward VR paddles and instead just go all-in with our hands.