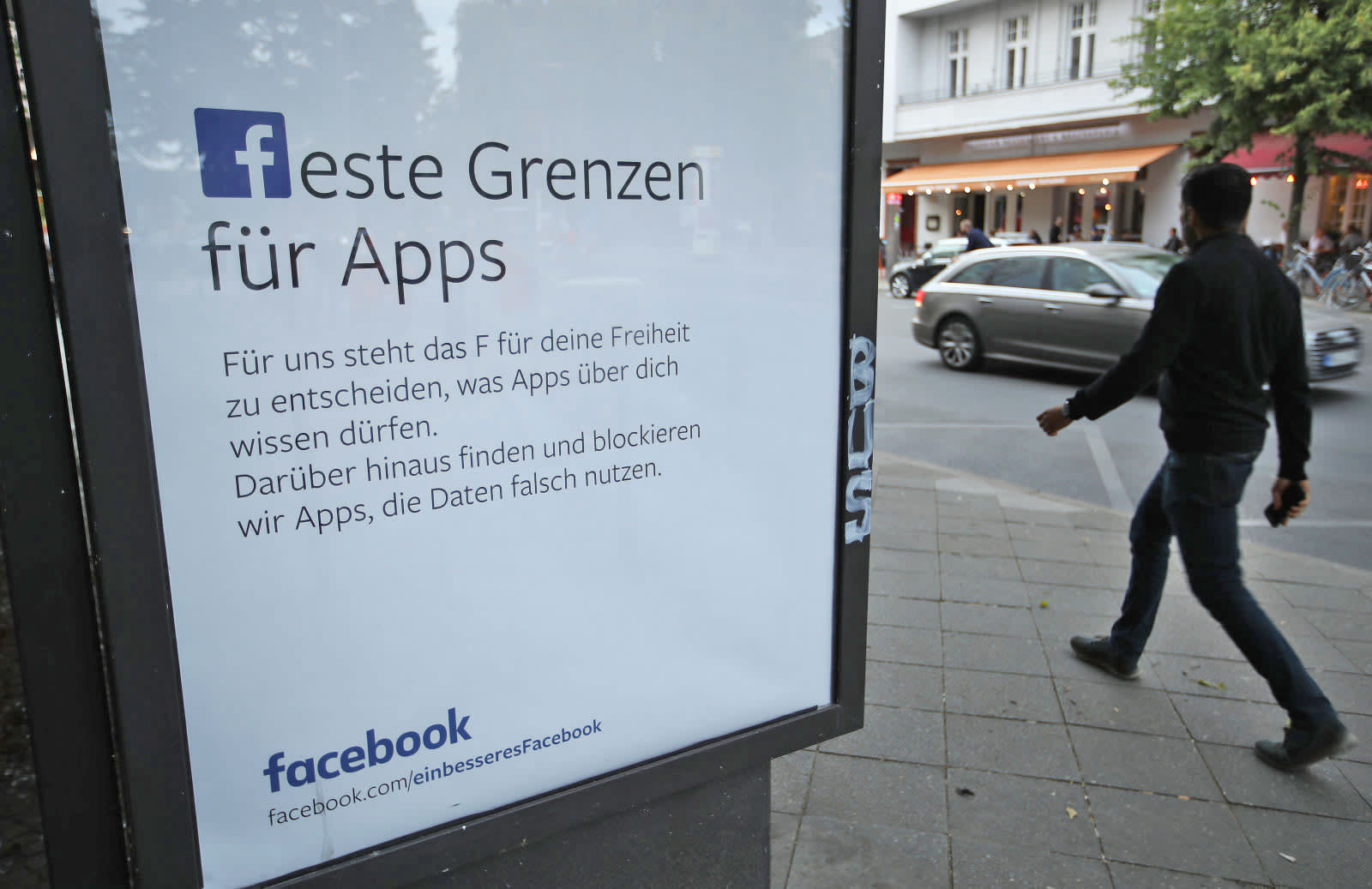 Germany's efforts to regulate Facebook's practices might just escalate in the near future. Bild am Sonntag sources claim the country's Federal Cartel Office will order Facebook to stop collecting some user data. It's chiefly concerned with how the social network shares data with apps and sites outside of Facebook proper, including its own Instagram and WhatsApp properties. The antitrust overseer will present its ruling to Facebook within a few weeks, according to the insiders.

It's not certain how quickly Facebook would have to change its practices. Germany is most likely to set a deadline instead of demanding immediate reforms, Bild said, so it would have some time to get its affairs in order. It could face fines up to €10 million (about $11.5 million) if it declined.

Regulators in the country have already determined that Facebook abused its lead in social networks to collect info without consent, and Facebook has accordingly denied misusing its power in a statement to Bild. The company disagreed with the Federal Cartel Office and would "continue to defend this position," according to a spokesperson.

This wouldn't preclude Facebook from gathering data, but it might have to change how it scoops up that content and how it relates to your account. And that, in turn, could force Facebook to change its approach worldwide. Even if it doesn't object to the changes on principle, that would represent a massive undertaking.

In this article: antitrust, data, facebook, gear, germany, instagram, internet, politics, privacy, regulation, whatsapp
All products recommended by Engadget are selected by our editorial team, independent of our parent company. Some of our stories include affiliate links. If you buy something through one of these links, we may earn an affiliate commission.