He wanted something no-frills, what he got was actively hostile.
Engadget|01.19.19
@engadget

This week's IRL tale has nothing to do with new year's resolutions. Thankfully. Instead, Senior Editor Dan Cooper tries to replace his decent (but broken) baby monitor, and finds that cheaper models no longer cut it.

We didn't wall-mount the baby monitor.

There were decent reasons for not screwing or sticking Project Nursery's Video Baby Monitor to our wall. We wanted the flexibility to take it with us when we traveled, or to another room when our kids fell asleep there. When our second child was born, we used it to keep an eye on him as he napped in his crib while we were downstairs.

One morning, my wife moved the camera to watch our newborn have a lie-in while she and the toddler were downstairs. Later that day, when I went to move it back, the microUSB plate was nowhere to be seen. Clearly, the effort of moving it from one room to another had fatigued the metal, freeing it from the circuit board.

A quick rattle of the housing confirmed my fears: The plate was now rattling around in the body of the camera. In a hurry, we headed to (British retailer) Argos for a replacement we could use that night. We opted for Motorola's MBP482 Video Baby Monitor which was available to buy on the spot, used its own wireless signals, and at £49.99 ($64.50), it was cheap.

Obviously, we knew that the Motorola would not be as good as Project Nursery's offering. That retails for $199.99 (£159.99) and comes with a 5-inch screen and a camera that can move on an articulated base. But the extent of the step down, especially in a product that's just two years old, was staggering.

On the positive side, the Motorola unit came with a dedicated base station that uses a local wireless connection rather than WiFi. We're no fans of baby monitors that rely upon smartphones in lieu of a standalone display. That opens the window to other temptations late at night, especially when you'd rather not expose yourself to blue light. Not to mention that I've written enough about cheap IoT devices to know baby monitors are easy prey for hackers. 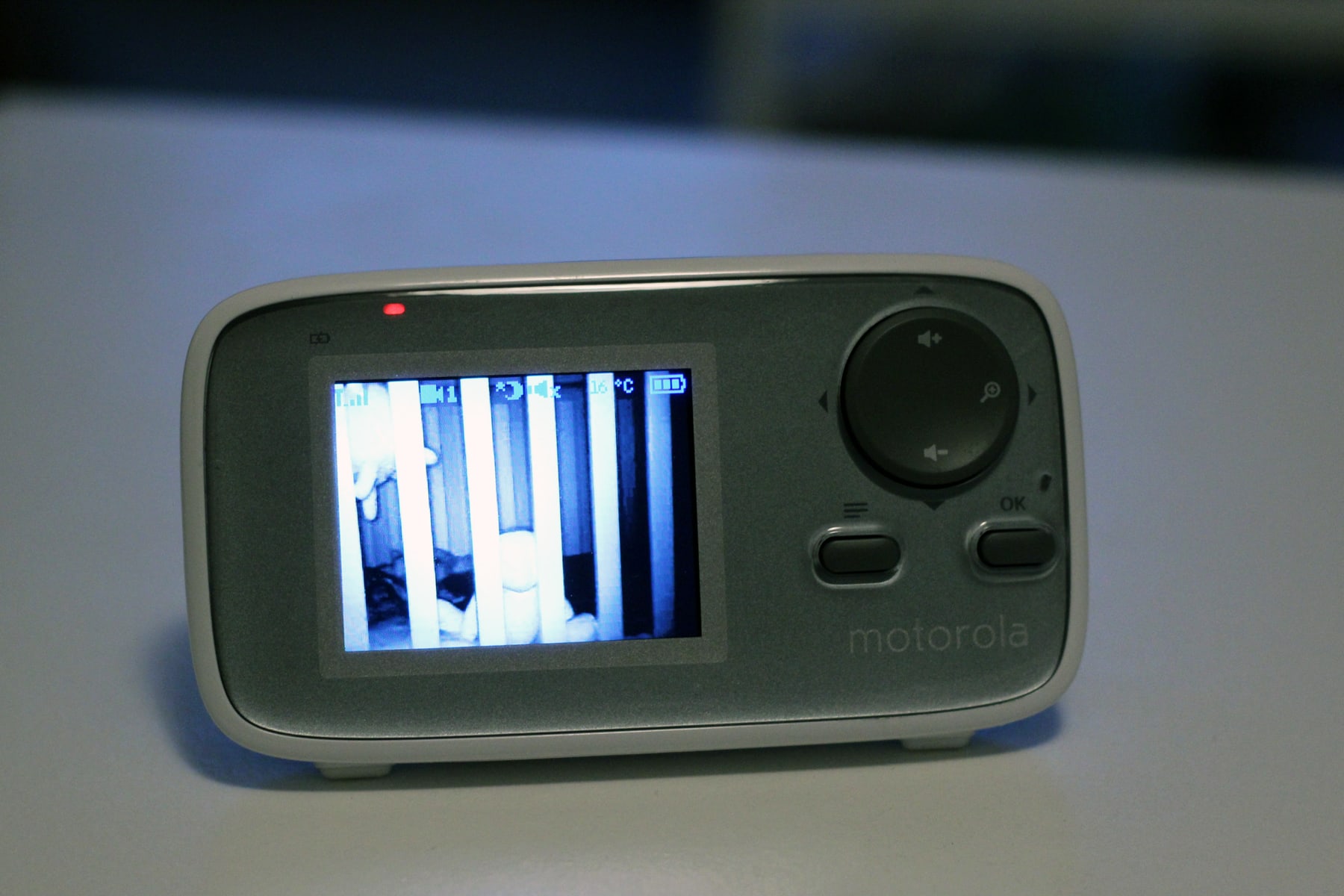 The base unit is pretty bulky, especially considering that it's packing just a 2.4-inch display. Viewing angles for the tiny screen are pretty poor, as is the resolution of the damn thing, and that's an issue. Half-asleep, you wanna just flick on the screen and see what's going on with your kid. But not only do you have to wait a moment for the display to warm up, you then need to grab it from your nightstand and hold it in front of your eye.

The other half of the set is the camera, which looks like a 2006-era webcam and comes with its own base and power adapter. If I have any gripes about this (and, I do), it's that the poor viewing angle is pretty poor, and the bothersome inclusion of a green LED above the lens. This flashes if the base unit isn't activated, which distracts my toddler during her sleep routine.

The company that licensed the Motorola name for this piece of crap gave no thought to energy efficiency. If the base unit runs out of power and you connect it to the mains, it springs back into life without you asking it to. If you're just putting it on to charge during the day, it'll just sit there, being on for no good reason.

It's not that there's a single, major thing wrong with this product so much as the death by a thousand cuts it subjects you to. The audio's crackly, the screen is bad, the camera draws attention to itself in a way that keeps my daughter awake. When you're being roused from sleep at 3am to deal with a parenting crisis, the small things matter.

My plan is to replace the MBP482 as soon as possible, keeping the hardware in a cupboard as an emergency backup. As someone who wants to avoid e-waste, I'm hoping to try and fix the Project Nursery original, either with some soldering, or by finding a suitable repair shop. I wonder how many other parents fell into this trap, and will have to relearn that cheap doesn't necessarily mean cheap.