Acer's latest Chromebooks for schools include models with AMD chips

Acer is hoping to shake up its school-ready Chromebooks in the same way it did with its everyday models. The company has introduced no less than six new Chromebooks for education, including two AMD-powered models. The 11.6-inch Chromebook Spin 311 R721T convertible (above) and the more conventional Chromebook 311 C721 both use AMD A4 processors with Radeon graphics that should deliver reasonably speedy visuals for students. Logically, they're also built to handle abuse with military-grade bodies, tamper-resistant keyboards and an antimicrobial touchscreen on the Spin.

If you're not quite sold on AMD, there are Intel-based options with their own twists. The Chromebook Spin 511 R752T includes the same antimicrobial technology as the 311, but has the option of a Wacom pen and and outward-facing 5-megapixel camera. The Chromebook 311 C733, meanwhile, boasts a rugged design that includes a spill-resistant keyboard capable of routing up to 11 fluid ounces of water -- it's meant for science classes where those accidents could be par for the course.

Acer is also breaking ground by introducing its first 12-inch models in the category. The Chromebook Spin 512 and Chromebook 512 (below) have larger, 3:2 ratio screens that are better-suited to websites, photos and other more vertical material. The resolution isn't high at 1,366 x 912, but that still affords more breathing room. Neither is particularly fast with Celeron and Pentium chips, but the peak 12 hours of battery life should be helpful on school days.

All six new Chromebooks arrive sometime in the second quarter of the year. As is usually the case with educational Chrome machines, there's no specific pricing. These are meant for institutions likely to buy in bulk, and the prices can vary wildly depending on the order and the exact configuration. 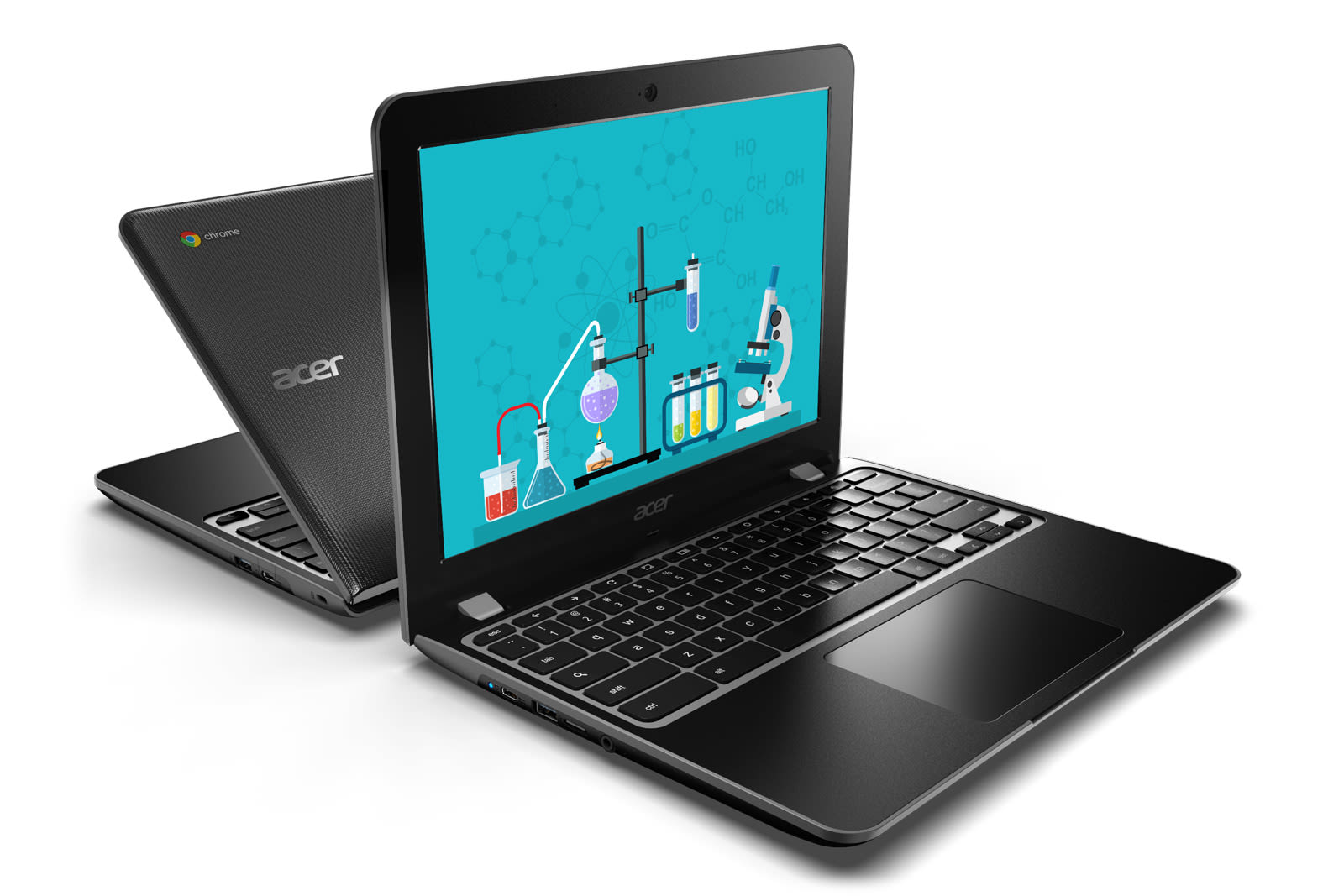