It's the start of a new year, and that means new HP Chromebooks for schools -- this time, including an update to a long-in-the-tooth model. The centerpiece is the Chromebook x360 11 G2 Education Edition, (above) a refresh of the two-year-old G1 convertible tablet. The 11.6-inch system is still ready for less-than-gentle students and has options for both a Wacom pen as well as a signature 5-megapixel rear-facing camera for exploring the outside world. This time, though, there's a much newer 1.1GHz Celeron chip, up to 8GB of RAM (not so common in budget Chromebooks) and as much as 64GB of expandable storage. It'll be relatively future-proof for schools watching their budgets.

Classes that don't need such an elaborate machine can spring for the Chromebook 11 G7 Education Edition (below), an update to last year's more conventional 11.6-inch touchscreen laptop with the same Celeron, RAM and max storage options as its hybrid counterpart. The base version ships with 16GB of storage instead of the x360's 32GB, however. Both computers continue to ship with two USB-C ports each.

HP ships both Chromebooks in April, or roughly in time for schools planning IT upgrades for the fall. There's no listed pricing, but it's safe to say you're not buying one in a store. This is for institutions that will likely be purchasing in bulk, and you're more likely to see it in a kid's backpack than anywhere else. 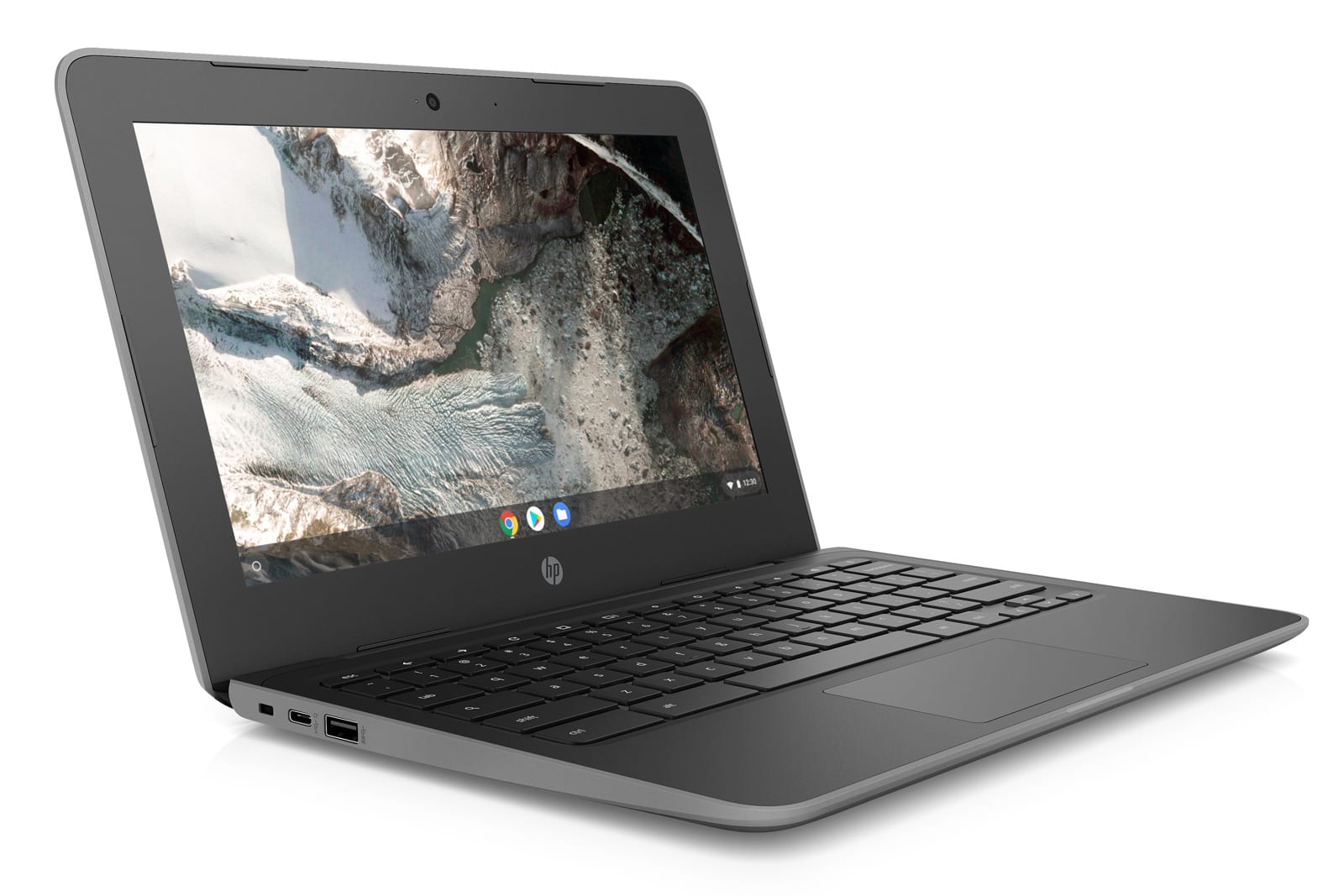