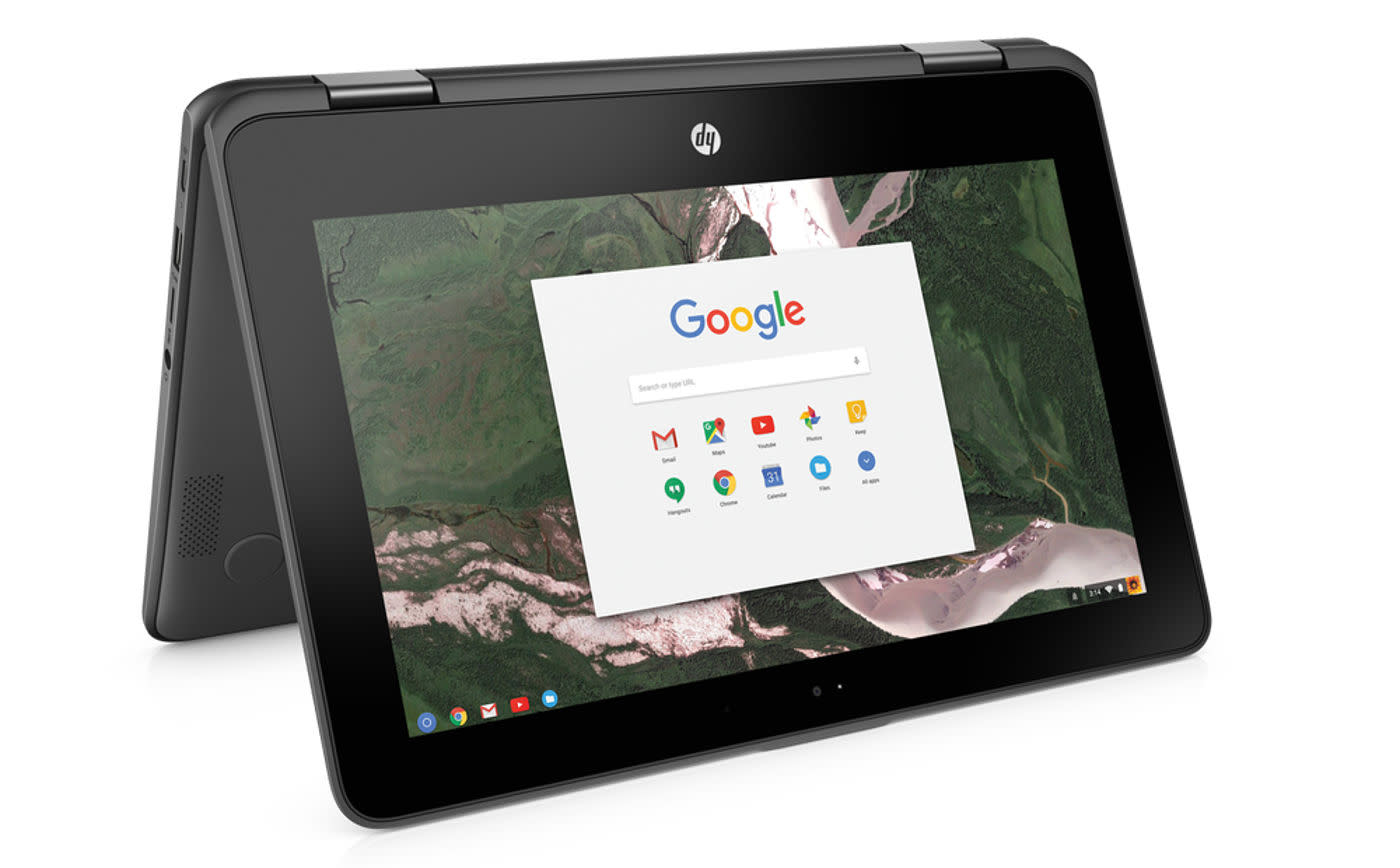 There's another Chromebook option for schools looking to equip their students with Google's laptops. Mountain View has revealed that HP will release a new rugged Chromebook for education in mid-April. It's a 360-degree convertible that features USB-C charging and a rear/world-facing camera, just like the Chromebooks Asus and Acer debuted in January. The computer also works with an optional stylus. However, it's unclear if it's the same low-cost stylus based on the the #2 pencil that comes with the Asus and the Acer machines -- Google didn't exactly go into details about the product's specs.

The company has announced model x360 11 G1 in a post that celebrate's Chromebooks' status as a top-selling device across laptops and tablets in Swedish schools last year. Google has also revealed in the post that Chromebook creative apps are out in Europe and that administrators can now approve Android app libraries and install them on select managed devices.

In this article: chromebook, education, gear, google, hp, personal computing, personalcomputing, x36011G1
All products recommended by Engadget are selected by our editorial team, independent of our parent company. Some of our stories include affiliate links. If you buy something through one of these links, we may earn an affiliate commission.