The AI beat 'StarCraft' pros TLO and MaNa thanks to more than 200 years worth of game knowledge.
A. Dellinger|01.24.19
@ajdell

After laying waste to the best Go players in the world, DeepMind has moved on to computer games. The Google-owned artificial intelligence company has been fine-tuning its AI to take on StarCraft II and today showed off its first head-to-head matches against professional gamers. The AI agent, named AlphaStar, managed to pick up 10 wins against StarCraft II pros TLO and MaNa in two separate five-game series that originally took place back in December. After racking up 10 straight losses, the pros finally scored a win against the AI when MaNa took on AlphaStar in a live match streamed by Blizzard and DeepMind.

The pros and AlphaStar played their games on the map Catalyst using a slightly outdated version of StarCraft II that was designed to enable AI research. While TLO said during a stream that he felt confident he would be able to top the AI agent, AlphaStar managed to win all five games, unleashing completely unique strategies each time.

This is it, ladies and gentlemen! For the first time in history a pro concedes to an Artificial Intelligence! GG WP @DeepMindAI! #AlphaStarhttps://t.co/5VE3QQNqiw pic.twitter.com/0iQKT13dEA

AlphaStar had a bit of an advantage going up against TLO. First, the match used the Protoss class of units, which is not TLO's preferred race in the game. Additionally, AlphaStar sees the game in a different way than your average player. While it is still restricted in view by the fog of war, it essentially sees the map entirely zoomed out. That means it can process a bit of information about visible enemy units as well as its own base and doesn't have to split its time to focus on different parts of the map the same way a human player would have to. 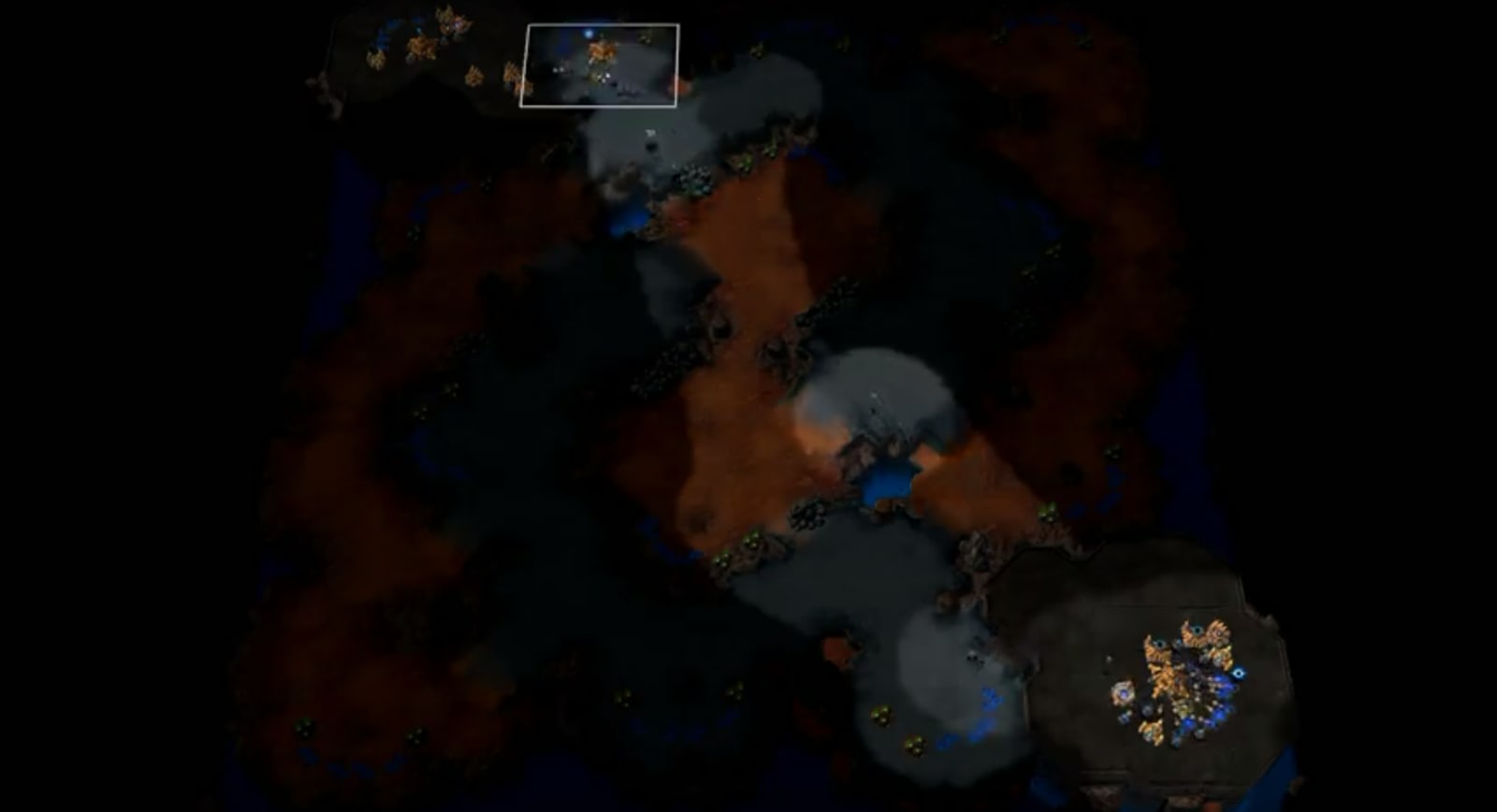 Still, AlphaStar didn't benefit from the type of benefits that one might imagine an AI to have over a human. While TLO and MaNa are theoretically limited in how many clicks they can physically perform per minute in a way that an AI isn't, AlphaStar actually performed fewer actions per minute than his human opponent and significantly fewer than the average pro player would use. The AI also had a reaction time of about 350 milliseconds, which is slower than most pros. While the AI took its time, it was able to make smarter and more efficient decisions that gave it an edge. 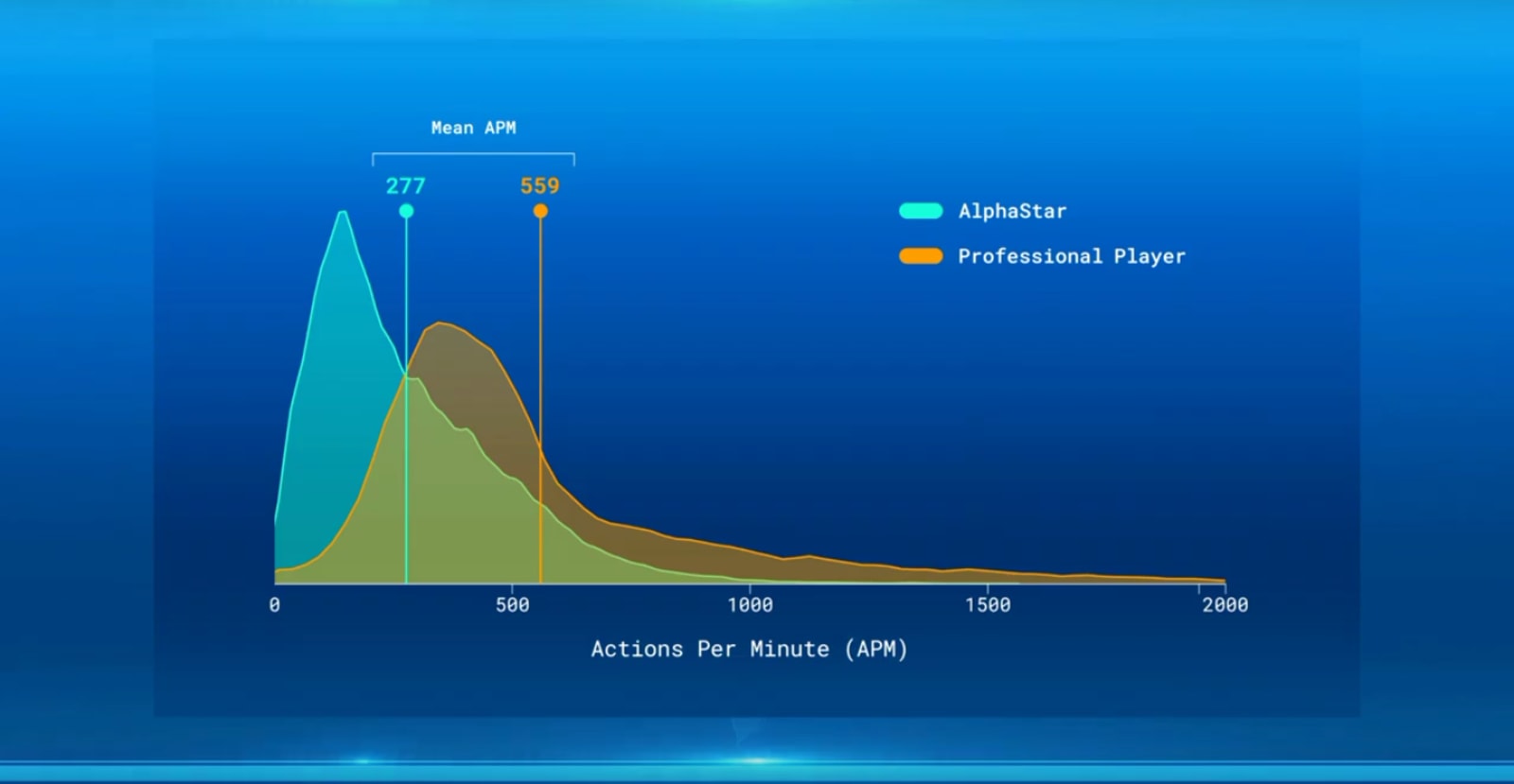 AlphaStar's expertise in the game comes primarily from an in-depth training program that DeepMind calls the AlphaStar League. DeepMind took a bunch of replays of human games and started training a neural network based on that data. That agent made of human data was forked to create new players and those competitors were matched up against one another in a series of matches. Those forks of the original data were encouraged to take on specialties and master different parts of the game to create unique game experiences.

The AlphaStar League ran for one week, with each of the matches producing new information that helped to refine the AI's strategy. Over the course of that week, AlphaStar played the equivalent of 200 years worth of StarCraft II. By the end of the league session, DeepMind selected five individual agents that it determined had the least exploitable strategy and had the best chance to win. It tossed those five agents at TLO and pulled off a five-game sweep. 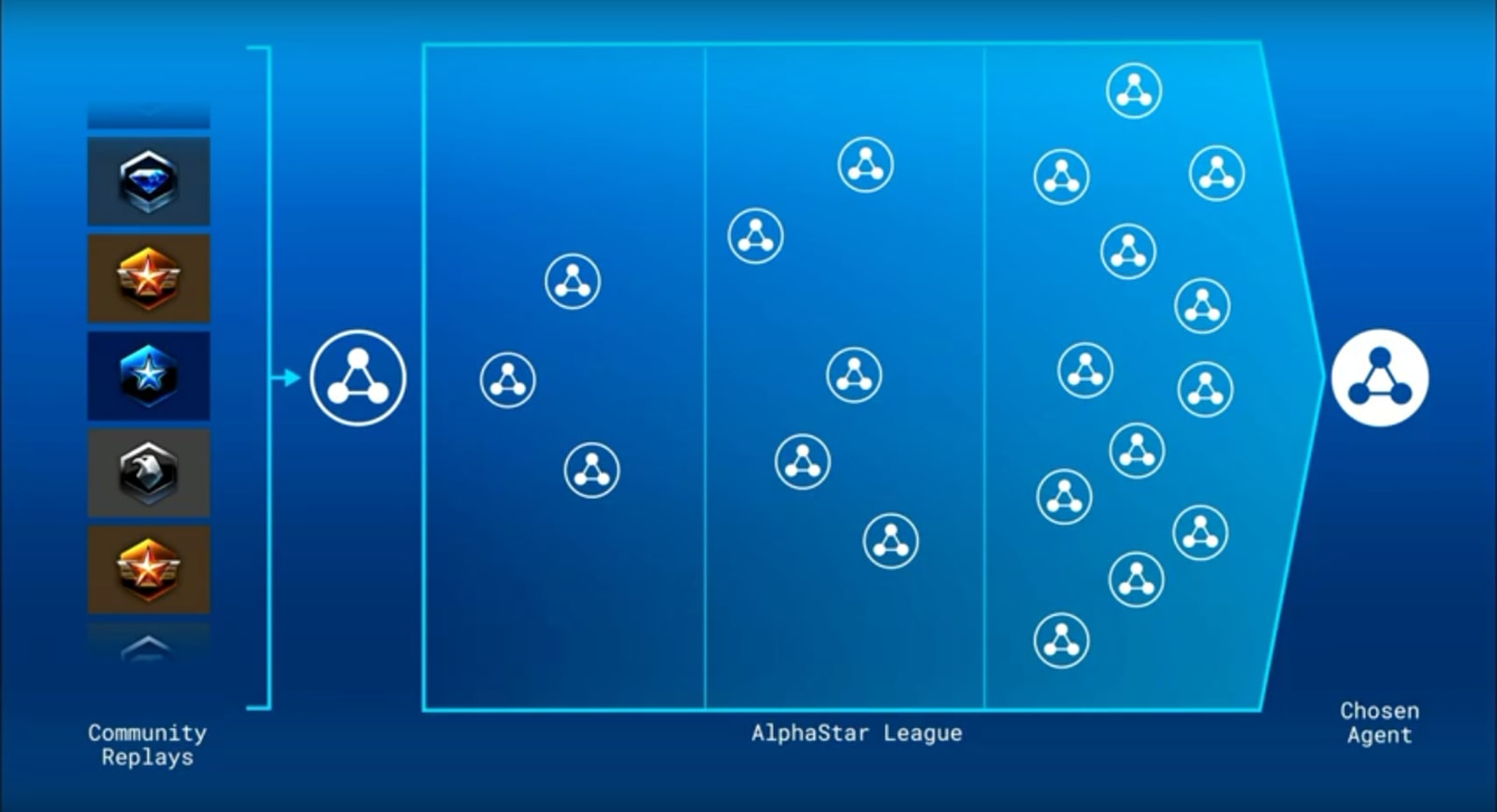 Seeing as the AI managed to top a pro using his off race, DeepMind decided to put AlphaStar up against a Protoss expert. For the matchup, DeepMind tapped MaNa -- a two-time champion of major StarCraft II tournaments. AlphaStar got another week of training before the competition, including the knowledge gained from taking on a pro-level player in TLO. The commentators noted the AI played significantly more like a human in its matches, ditching some of its more erratic and unexpected actions while fine-tuning its decision making and style.

Just like TLO before him, MaNa put up a valiant effort but fell short in every match against the AlphaStar agents. The AI once again won all five of its matches against its human opponent, finishing 10-0 in its first 10 matches against professional players.

Following the broadcast of the recorded matches, DeepMind introduced a new version of AlphaStar that MaNa took on in a live match. The agent that played the live game didn't have the benefit of the overhead camera and instead had to make decisions on where to place its focus in the same way a human would. DeepMind said within a week, AlphaStar was up to speed with the new view of the game, but didn't have the opportunity to test the AI against a human pro before taking on MaNa live on the stream.

With the new restriction on AlphaStar's view, MaNa was able to exploit some of the AI's shortcomings and pulled out the win, dealing AlphaStar its first loss against pro players.

While AlphaStar's immediate level of expertise and unmatchable pace of learning is bad news for any StarCraft pro thrown in its path, gamers may find some useful strategies that can be taken from the AI and its 200 years of accumulative knowledge about the game. The full set of replays of all of AlphaStar's matches against TLO and MaNa are available on DeepMind's website if you'd like to study the strategies developed by the AI.