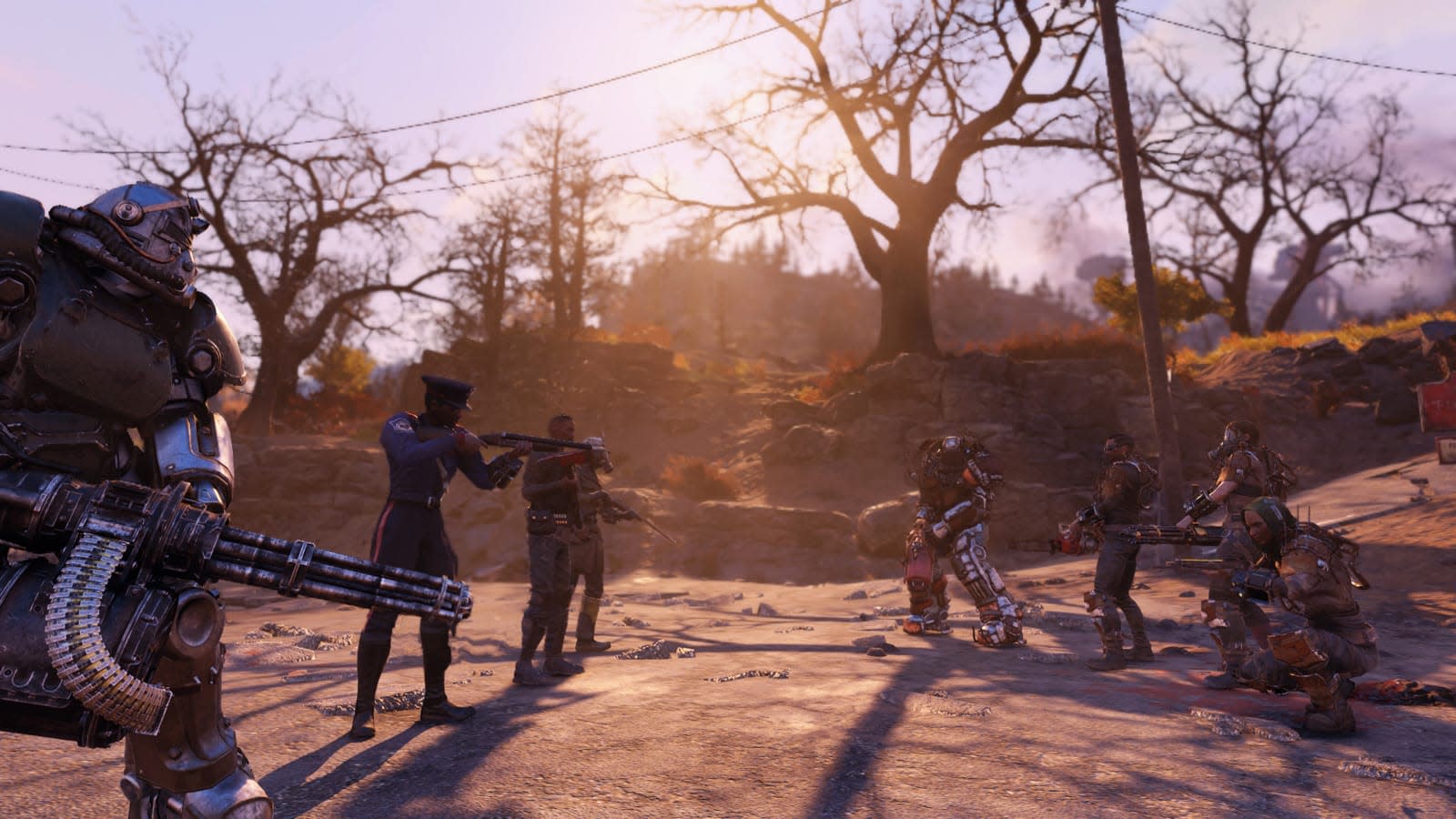 Bethesda might have a way to keep gamers interested in Fallout 76 despite all its troubles: it's raising the stakes for its more competitive players. The company has detailed an upcoming Survival mode beta where every player outside of your event group or team is considered hostile. In other words, no one needs an invitation to start shooting. A seemingly friendly encounter could turn violent in the blink of an eye, and a sniper could take you out while you're busy fighting mutant wildlife. You'll even see leaderboards that show how well you rank compared to other players in your existing world.

Death rules won't be the same, either. You can't choose to spawn in a position where you'd seek revenge (only at camp or Vault 76), and you'll receive both more currency and more valuable loot items if you kill a player. These details could change during the beta, Bethesda said, so you might not want to get too comfortable. The developer also warned that progress in the regular mode (Adventure) carries over to Survival and vice versa, so you'll want to create another character if you don't want to lose gear to someone's lucky shot.

Bethesda aims to launch the beta in March. This won't make up for broader issues with Fallout 76, such as its lack of non-player characters or its server woes, but it could give you a reason to come back if you thought the basic game needed an added level of danger.

In this article: av, bethesda, BethesdaSoftworks, fallout, fallout76, games, gaming, personal computing, personalcomputing, videogame
All products recommended by Engadget are selected by our editorial team, independent of our parent company. Some of our stories include affiliate links. If you buy something through one of these links, we may earn an affiliate commission.