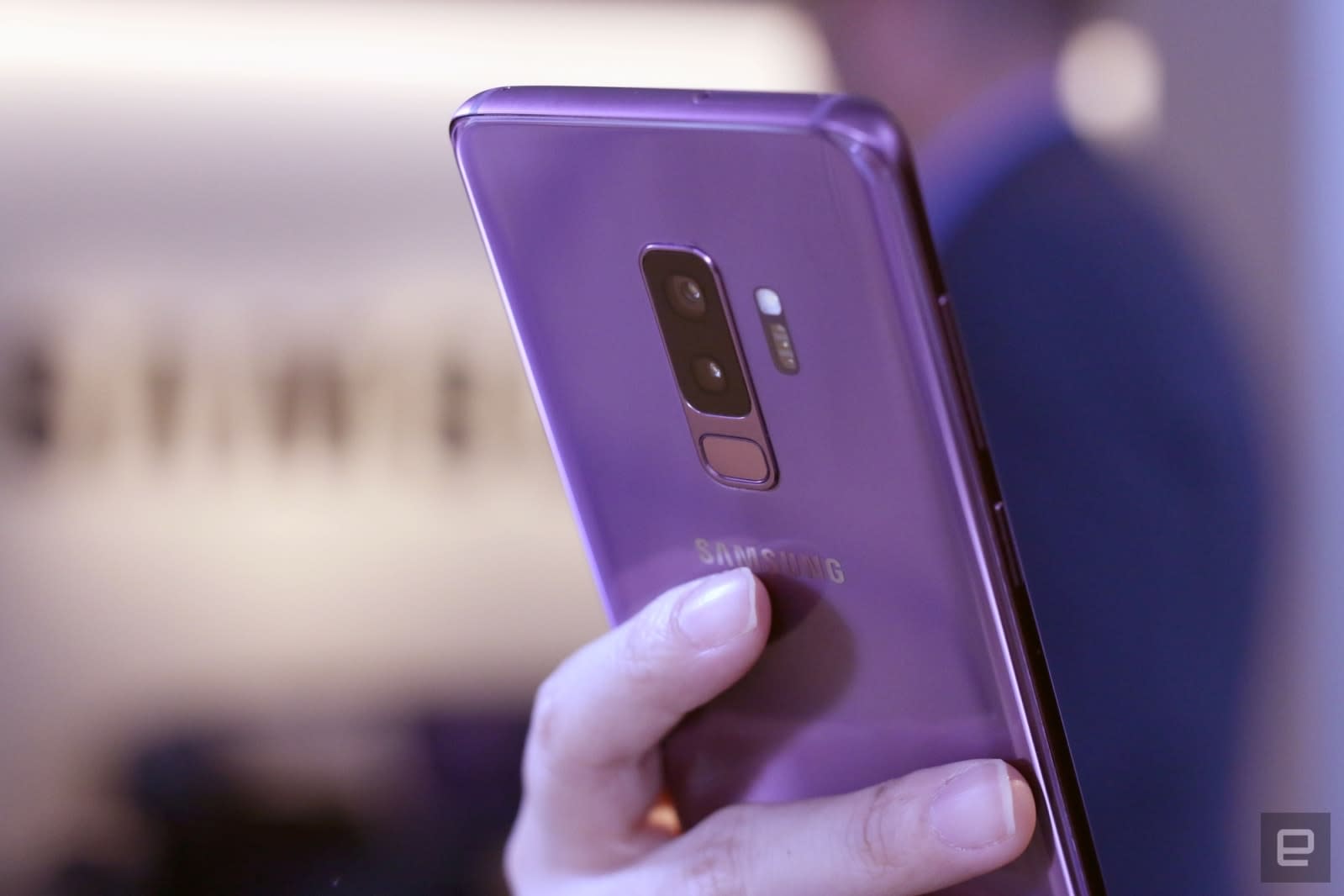 Weeks after the international rollout, Samsung is finally ready to deliver Android Pie and One UI to Americans... although you might not want to smash that check-for-updates button just yet. The company has confirmed to Engadget that it's pushing Android Pie to Galaxy S9 and S9 Plus owners in the US, but only on Comcast's Xfinity Mobile right now. Galaxy Note 9 owners and those on other carriers (including will receive their updates in the "coming days and weeks."

Releases for other Galaxy-badged smartphones will come "soon," the company added. Earlier scheduling had pegged Note 8 and S8/S8 Plus updates arriving in February and March respectively, although hat doesn't guarantee you'll get your particular upgrade that month.

The Pie update is one of Samsung's largest in recent memory. Its centerpiece, One UI, is an acknowledgment that the company's custom take on Android needed some simplification, not to mention optimization for ever-growing smartphone screens. Samsung believes it's cleaner, more focused and more intuitive. It's also going to play an important role in the Galaxy S10 and other phones released in 2019. While the hardware will likely remain the star of the show, the software should be more of a selling point than it has in recent years.

In this article: android, androidpie, comcast, galaxys9, galaxys9plus, gear, mobile, oneui, samsung, smartphone, update, xfinitymobile
All products recommended by Engadget are selected by our editorial team, independent of our parent company. Some of our stories include affiliate links. If you buy something through one of these links, we may earn an affiliate commission.