Other than the cameras, it's nearly all screen.

Samsung's Galaxy S10 smartphones have leaked again before their official February 20th unveiling, and this time, we're getting a good look at the dual front cameras on the Galaxy S10+. A leak from the site All About Samsung clearly shows the Galaxy S10 and S10+ from the front and back, showing the "Infinity-O" display, with next to no bezel other than a tiny chin, a USB-C port and (yay) a headphone jack.

We're expecting to see three Galaxy S10 devices, in sizes from 5.8 to 6.4 inches, but only the S10+ version is expected to have dual front cameras. DxOMark recently gave Samsung's last phone, the Galaxy Note 9, the top score for selfie cameras, and the Galaxy S10+ should continue that trend. We could also see a humongous 6.7-inch 5G-enabled "anniversary" device.

Samsung will also supposedly give us a look at a folding smartphone/tablet that's fully functional. That should be the same device we saw extremely briefly last year. Since then, Xiaomi and other companies have unveiled their own working folding smartphones, so Samsung will have to do a lot to impress us during its own launch on February 20th. 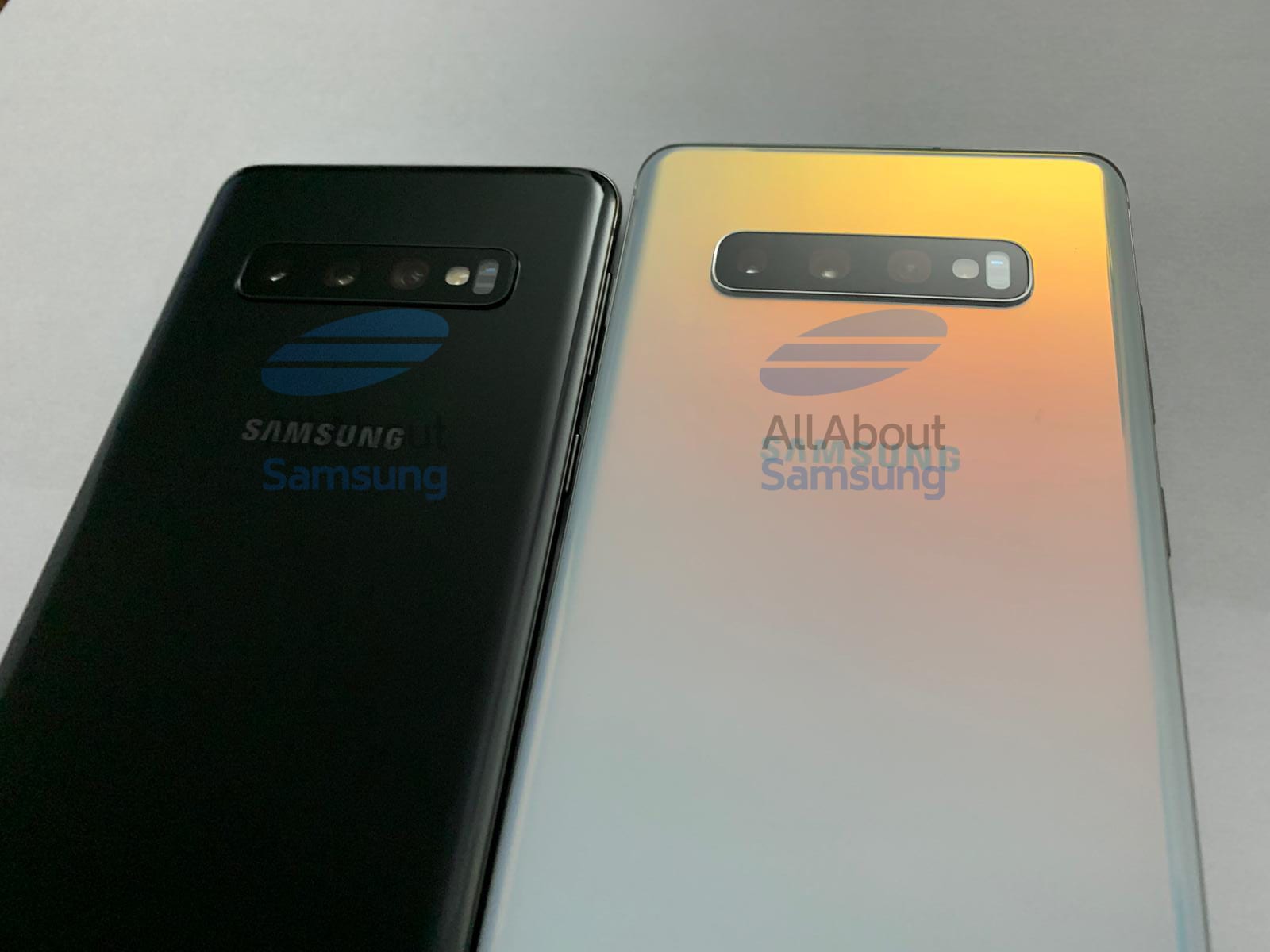 All products recommended by Engadget are selected by our editorial team, independent of our parent company. Some of our stories include affiliate links. If you buy something through one of these links, we may earn an affiliate commission. All prices are correct at the time of publishing.
View All Comments
Samsung Galaxy S10+ leak shows off its dual 'hole-punch' camera
AOLoriginals
Cameras
DailyShow
Engadget
EngadgetToday
EngadgetVideo
entertainment
GalaxyS10
GalaxyS10+
gear
HolePunch
InfinityO
Leak
mobile
samsung